Zip Co Limited (Z1P: ASX), formerly known as Zip Money, is Australia’s 2nd largest BNPL player. They are aggressively expanding globally. However, the share price has not been going in the desired direction.

Zip works in 14 markets worldwide, connecting millions of customers with tens of thousands of merchants through its global network. Its goal is to be the first payment option for everyone, everywhere, and every day. Zip is a financial technology company established in 2013 and has its headquarters in Sydney, Australia.

The first half of 2022 has been a fascinating period for the company as it acquired many other startups and companies to expand its business and market share.

Z1P stock currently trades at $0.5 per share. The stock has lost significant value in the span of 52-weeks. It lost 93% of its value in 12 months. 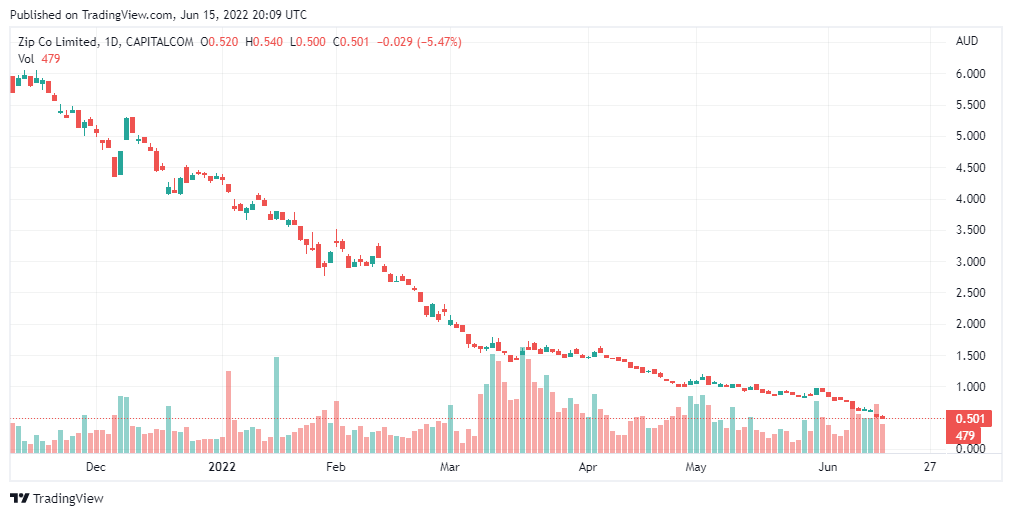 An increase in inflation rate is causing problems for Z1P

The tech stock is already facing problems due to the selloff. But the current increase in the inflation rate is increasing the dent.

Although all industries face tremendous challenges due to the increased inflation rate and interest rates, the financial sector has faced a severe blow.

All the financial markets have faced a decline so does the ASX. The ASX 200 index is down 5%.

The central banks have increased the interest rates quicker than expected; as a result, it has sparked major concerns among the industries.

Along with Z1P other fintech companies are also on the decline on the ASX.

The company was growing at a healthy pace in the first half of 2022 and burned lots of cash to acquire businesses. But the current economic conditions have played the role of a villain. The major selloff has also contributed to the decline in ZIP share price.