Zelira Therapeutics Ltd (ASX: ZLD) is a global biopharmaceutical company in the discovery, development, and commercialisation of clinically proven cannabis-based medications. The Australian-based company was founded in 2003.

In addition to its portfolio of revenue-generating pharmaceuticals, Zelira has a pipeline of clinical prospects positioned to reach the world’s biggest and fastest expanding markets. It is developing and testing cannabinoid-based medications for insomnia, autism, and chronic non-cancer pain through its Rx division.

Zelira stock is trading in the green, spurred by the announcement of approval from German regulatory approval achieved by Zenivol. 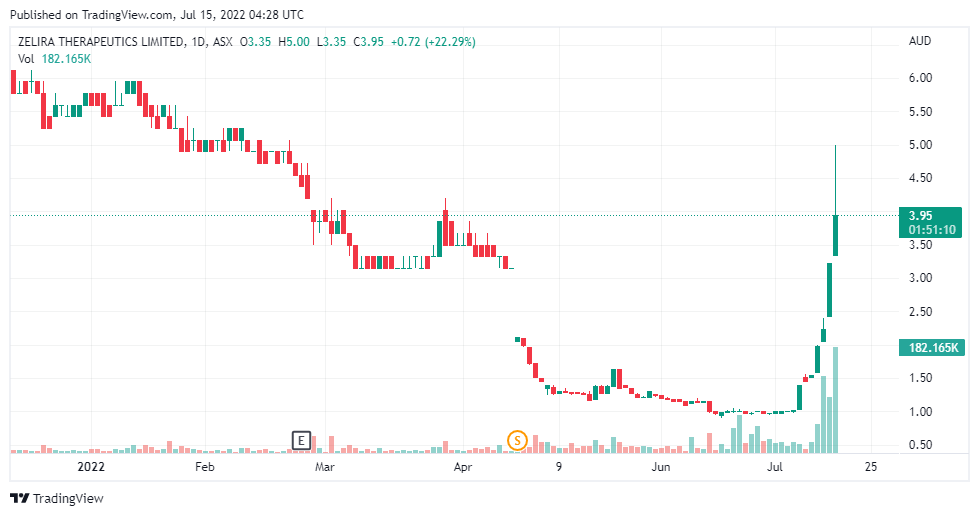 The stock is gaining with tremendous speed because Zenivol had already received a green signal from European Medicines Agency (EMA) earlier this week.

The company did a trading halt before it released the news on Wednesday.

Now, Zelira Therapeutics will collaborate with its German partner, Adjupharm, to bring Zenivol to market in Germany. The company will also continue its efforts to get licences for medicine in additional countries across the world.

Dr Oludare Odumosu, Managing Director of Zelira Therapeutics, said BfArM’s approval of Zenivol is a key milestone. Germany is one of the major markets for cannabinoid-based treatments and one of the best quality global regulatory markets for pharmaceuticals. They are excited to offer Zenivol in Germany with its partner Adjupharm and help patients and doctors treat chronic insomnia safely and effectively. With Zenivol’s German regulatory clearance, they continue to licence it into additional worldwide markets.

The approval for Zenivol in Germany is a significant achievement by the company. The company is optimistic that Zenivol will expand to other European countries as it has already received approval from European Medicines Agency (EMA). The new drug will add a new revenue stream for the company, and it expects to witness a major spike in its quarterly revenues.