Why is the Gold price rising, and how is it benefiting Newcrest Mining Ltd (ASX: NCM)?

Newcrest Mining Ltd. (ASX: NCM) is amongst the leading Gold and gold-copper concentrate exploration, mining, development, and selling companies. NCM is an ASX-listed Company and has a presence beyond Australia. The company was founded in 1921 and is headquartered in Melbourne, Victoria, Australia.

Recently, the ASX gold explorer reported that it had got approval from Canada’s Investment Canada Act to acquire Pretium Resources. The merger of Newcrest and Pretium will establish the largest gold producer in British Columbia’s Tier 1 jurisdiction, running the Brucejack and Red Chris mines. Adding a massive, long-lived, and low-cost mine to Newcrest’s Tier 1 asset portfolio will enhance Newcrest’s annual gold production to far above 2 million ounces.

Yesterday, the gold prices rose, and NCM stock gained in the market due to this sudden change. 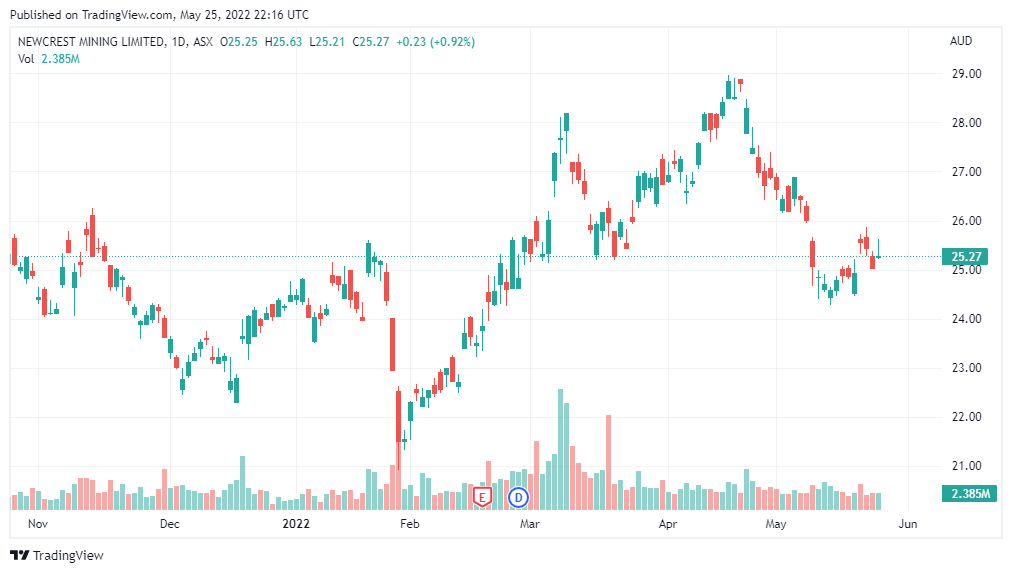 The reason behind Gold’s rally?

According to a recent report by CNBC, the price of Gold increased in the United States overnight due to a decrease in the value of the United States dollar and lower treasury yields. This is the explanation for the rise in gold prices.

Even though gold futures have fallen since then to $1,862 at the time of writing, this is still the highest level seen since May of 9th.

The current change in the gold prices has benefited gold stocks listed on the ASX. NCM was amongst the gold stock that showed a positive trend and was seen in the greens. The company has been impacted due to Covid-19 restrictions, due to which its production has been affected. There were other financial issues like negative cash flows, higher concentrate freight costs due to the global tightness and challenges in the sea freight market, and the unfavourable impact on operating costs from the strengthening of the Australian dollar against the US dollar. But over the past six months, NCM stock has been regaining, and the current gold price increase is convincing enough for the investors to trust the stock of Newcrest mining.