The company announced its results for the first half of 2022. The company’s loss has increased compared to the same period last year despite the significant increase in the revenue and the Omicron variant outbreak.

Today on Monday, the stock values at around $1.56, losing more than 4% compared to the closing price on Friday. The stock closed at $1.63 on Friday. The current market cap of the company is around $803.69 million. The trading volume of the stock is around 5.1 million shares.

Last week, the company announced its results for the first half of 2022, and its stock declined in the trading session today. 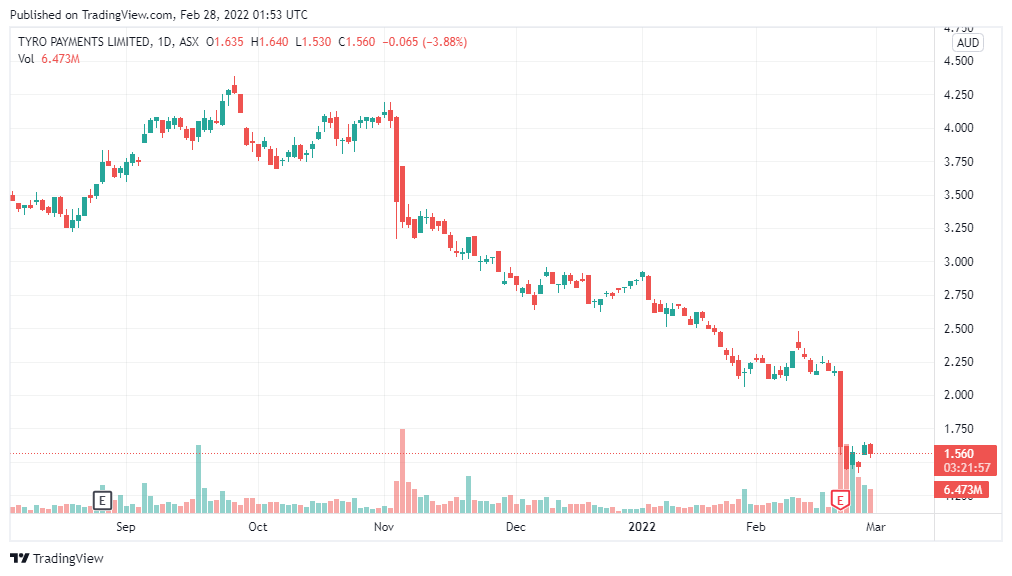 Robbie Cooke, Tyro’s CEO and MD said that our Alliance with Bendigo Bank is strategic are evident. Our expectations were met when the Alliance was announced in October 2020. The Alliance contributed $2.5 billion in transactions and $10 million in gross profit after Bendigo Bank’s gross profit portion.

We kept investing in growth prospects. Medipass, a health IT Company that joined the group in May 2021, provided an entire half for the first time. With Medipass, we now have leading unified health claiming and payment product. He added that we can now provide merchant acquiring services exclusively to Telstra business clients through over 350 Telstra retail outlets, Telstra Business Technology Centres, and online is an exciting new acquisition funnel for us.

For the half-year ending December 31, 2021, no dividends were declared or paid, and no dividends are expected to be paid in the future. In the first half of the fiscal year 2020, the company did not pay dividends.