During COVID-19-induced lockdowns, the gaming industry saw a significant increase in demand as those confined to their houses looked for other forms of entertainment to keep them entertained. Since industry players are experimenting with new technologies to provide a more immersive experience, the positive momentum in the gaming industry is expected to continue.

In the COVID-19 pandemic, online gaming has become a popular pastime. Younger generations of gamers have spent much time playing internet games because of lockdowns and physical constraints. It is anticipated that the worldwide online gaming business was worth around US$173.3 billion in 2012 and would rise at a rate of 9.64% by 2027, according to Mordor Intelligence.

Through high-quality visuals and a high level of involvement, virtual reality and augmented reality claim to give a truly immersive gaming experience. The popularity of cloud gaming is growing as an enticing alternative to the purchase of expensive hardware. In our contemporary environment, where gaming products draw individuals of all ages, from millennials to Generation Z, investors look to the financial markets for intriguing investment prospects.

Icandy Interactive reported sales of AU$1.9 million in FY2021, a 46% decrease from the prior-year quarter. According to the company, the revenue reduction was caused by its decision to devote a significant portion of its resources to preparing itself for future growth opportunities. During that time, Lemon Sky Animation, a gaming and animation company, was bought by iCandy. Following the purchase of Lemon Sky Studios, it has surpassed all competitors to become Australia’s biggest game production firm. As a result, the Australia Financial Review has placed it at number 25 on their list of the top 100 fastest-growing businesses in Australia for 2020.

Furthermore, the company recently purchased Storms, a game publishing and distribution company, and Gameconomy, a company that offers backend technology capabilities. iCandy Interactive expects that its recent acquisitions will substantially impact the company’s financial performance by 2022.

There are more than 300 games in the company’s gaming library, available in more than ten languages. Claw Stars, a game developed by the firm, was just awarded the Google Play Best of 2021 Award.

ICI stock is trading at $0.12 and has delivered investors a return of 50% in the trailing twelve months. The market cap of the company is around 150.84 million AUD. 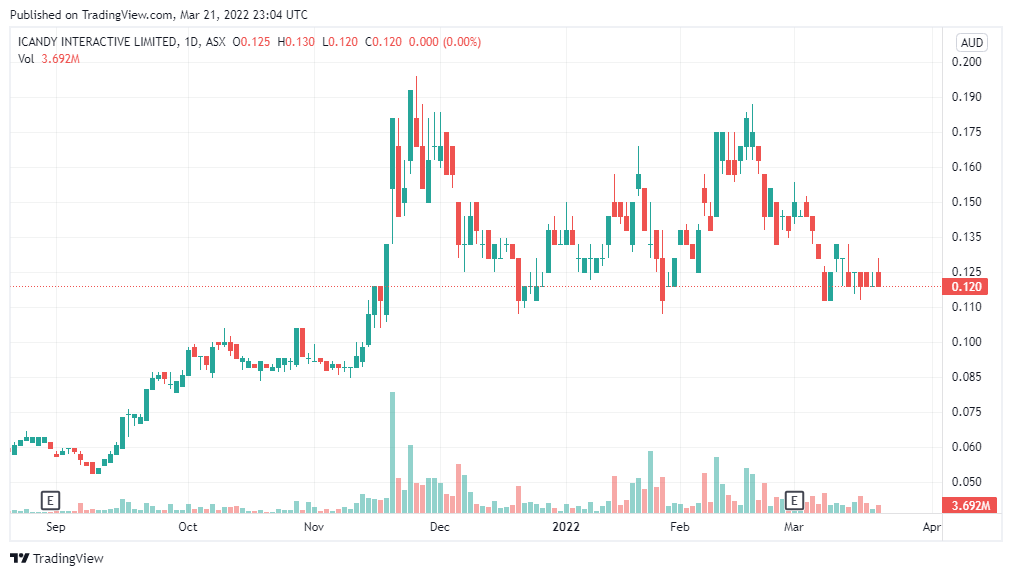 Ainsworth Game Technology is a company that operates in the online gaming industry. The game development firm listed on the Australian Stock Exchange (ASX) was established in 1995. The company’s headquarters are in the Australian state of New South Wales.

During the first six months of the financial year 2022, which concluded on December 31, 2021, Ainsworth Game Technology made a profit after tax of AU$9.1 million. Following a loss after tax of $50.1 million in the previous comparable quarter, this figure represents a recovery. Revenue climbed by 40% to AU$100.7 million in the first half of the year, compared to AU$72.1 million in the same time the previous year. The underlying EBITDA was $20.7 million, compared to AU$1.1 million during pcp. The strong result was fueled by recurring income from Historic Horse Racing deployments and outright sales. The North American area achieved a strong performance, with revenues of AU$54.6 million, representing a 33% increase over the preceding similar time in the previous year.

AGI stock is currently trading at $1.10 and has returned around 35% to its investors in the trailing twelve months. The current market cap of the company is approximately 368.79 million AUD. 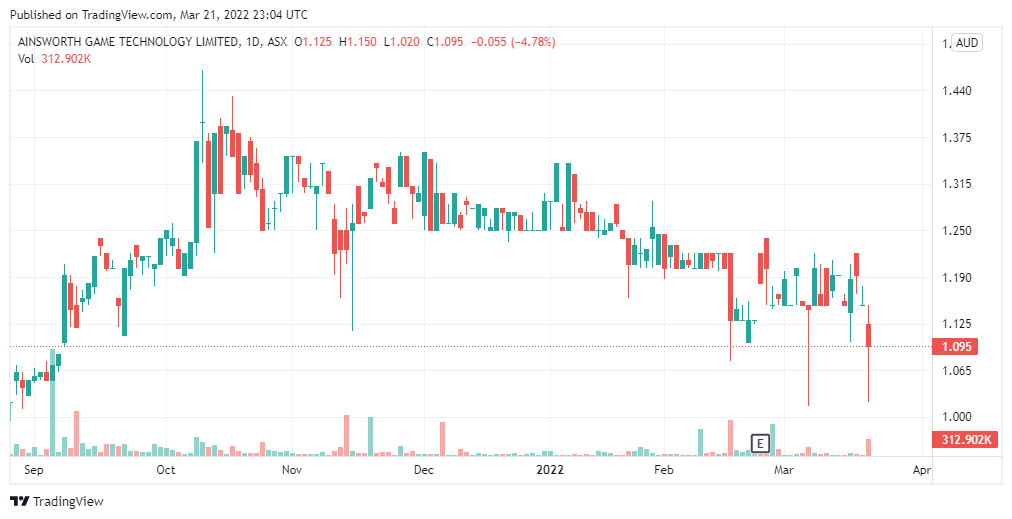 Mighty Kingdom is one of Australia’s largest game development companies, having worked with some of the most renowned companies, including Disney, Snapchat, and LEGO. It creates games for both cellphones and personal computers.

Earlier this month, Mighty Kingdom announced that they are extending their contract agreement with Mattel until 2022. MKL will be able to continue developing Barbie Fashion Closet, a mobile game based on the popular Barbie doll property, as a result of this contract extension. As part of a deal with ViacomCBS Consumer Products, Mighty Kingdom has announced that it would collaborate with East Side Games Group to develop a Star Trek-themed mobile game. In addition, the firm is collaborating with ESGG on three more projects.

The company’s sales increased by 41.7% in the first half of this year, bringing it to $1.8 million. The company had a net loss of around $2.6 million. During this period, the company’s financial sheet improved dramatically. Cash and cash equivalents have increased by 212% to $9.37 million, indicating a solid cash position. 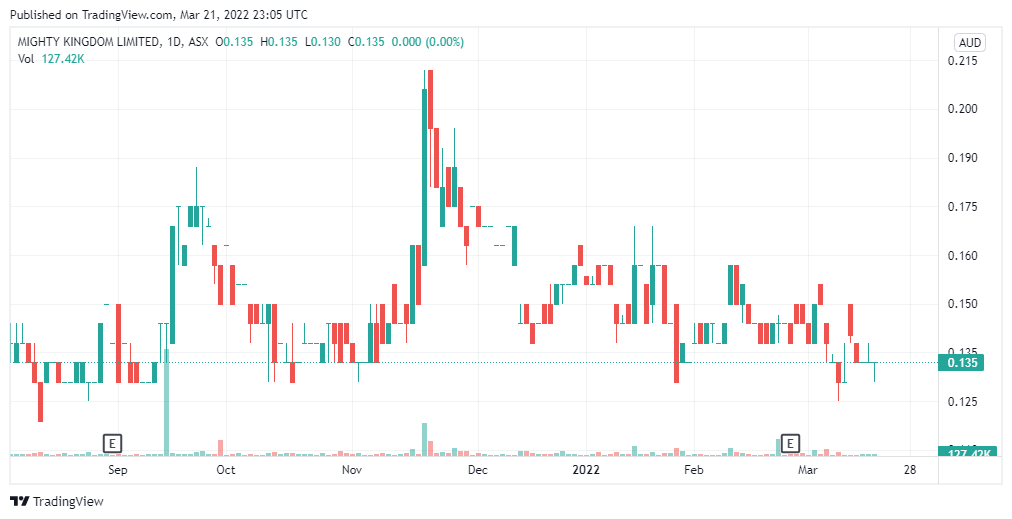