TNG Limited (ASX: TNG) shares are surging after attracting a deal worth $300 million from Euler Hermes

TNG Limited (ASX: TNG) TNG is a mineral resource and processing technology firm creating a global strategic metals business on its 100%-owned Mount Peake Vanadium-Titanium-Iron Project in the Northern Territory. The company was founded in 1970.

To meet worldwide demand for high-quality and high-purity strategic products, including titanium dioxide pigment and iron ore fines, Mount Peake is located 235 kilometres north of Alice Springs. To ensure that this project will be a top-10 worldwide producer, the Australian Federal Government and the Northern Territory Government have given it the status of a major project.

TNG shares are gaining in the market after the company announced a deal worth $300 million with Euler Hermes for the Mount Peake vanadium-titanium-iron project. 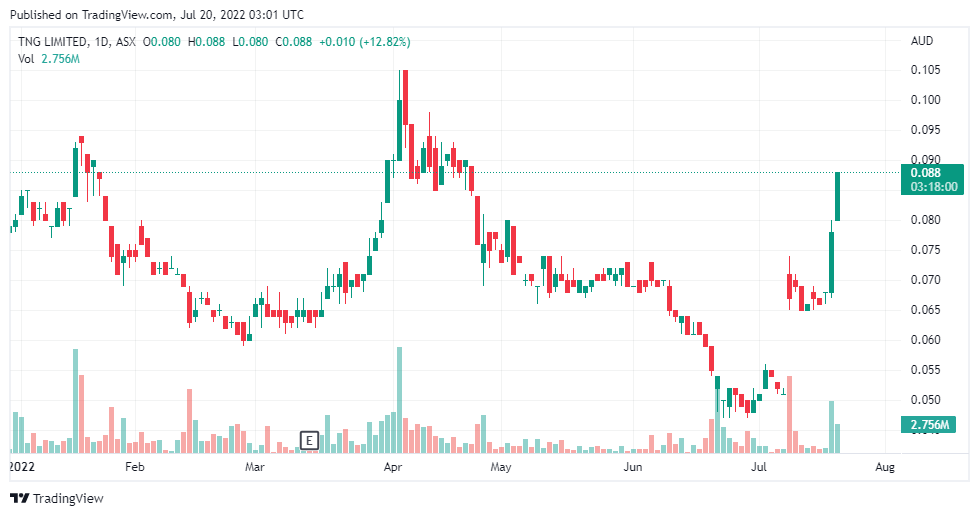 According to TNG, the German Export Credit Agency, Euler Hermes, has issued a Letter of Interest with indicative key conditions for German ECA funding of $300 million.

The total amount of conditional Letters of Support / Letters of Interest from Government (Australian and German) connected funding sources has now reached $600 million.

Seven commercial and investment banks in Australia and abroad have also shown an interest in working with the business. This included Tier-1 Australian, Asian and European project finance banks with experience in multi-source project finance involving ECAs.

TNG’s development and off-take partners will benefit from this finance approach, enabling TNG to optimise its debt financing, give better access to low-cost loans, and provide greater flexibility in loan structure.

Vanadium is used in renewable energy applications, and TNG has a green energy strategy. Therefore the backing from Tier-1 global lenders demonstrates the project’s bankability and good compatibility with the renewable/green sector. TNG is also working with its advisers and sustainability specialists to examine ESG financing possibilities, including green loan finance.

Paul Burton, TNG’s Managing Director and CEO stated that this is another big and exciting milestone in our multi-source finance plan for Mount Peake.

For TNG, receiving a Letter of Interest for $300 million from Euler Hermes marks an important milestone and the conclusion of many years of hard effort.

He expressed his gratitude, in particular, to the teams from KPMG Corporate Finance and KfW IPEX for the strategic alignment they provided.

Receiving a Letter of Interest from Tier-1 global financers is an incredible milestone achieved by the company. It reflects the importance of its Mount Peake vanadium-titanium-iron project. Investors were seen interested in TNG’s stock, and it seems like if the deal in concluded successfully, its stock might receive a significant spike in price.