Tabcorp is a leading gambling company listed on ASX. It has more than 50K employees at the moment. Its products/services are immensely diversified, and it is the biggest provider of lotteries, keno, wagering, and gaming products/services in Australia. The company was founded in 1994 and is headquartered in Melbourne, Australia.

The company had announced previously to demerge its lotteries and keno business. Under the scheme, two different ASX-listed companies will emerge on ASX. But before the due merger, the company announced managerial changes. As soon as the news of managerial change hit the market, the TAH stock slightly slipped on the ASX market.

TAH stock currently trades at $0.93 and has shed around 3.63% since the last closed on Monday evening when the company announced changes in the managerial roles. The company, as of now, stands at a market capitalization of approximately 2.07 Billion AUD. 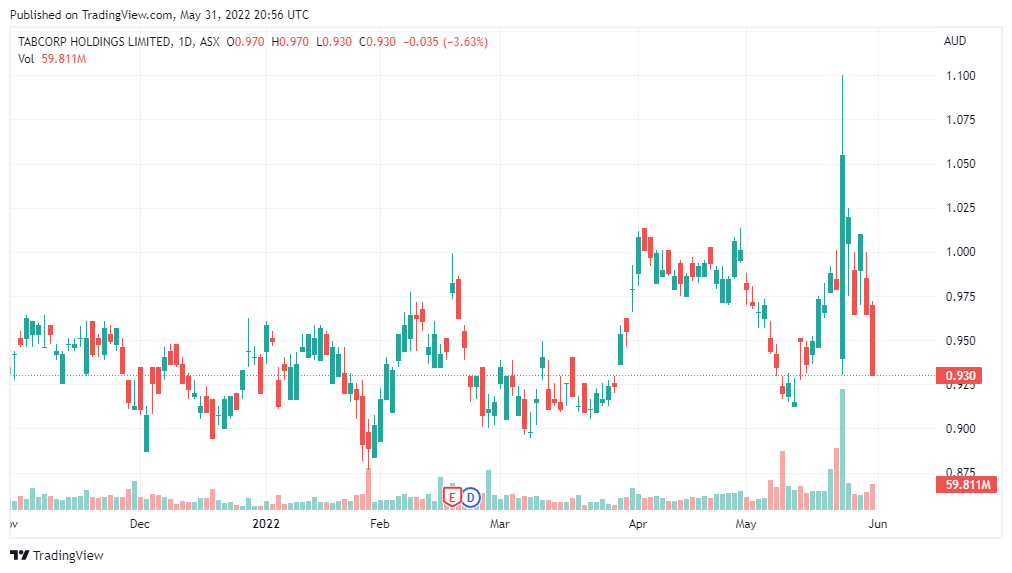 TAH: Changes in the Managerial Roles

David Attenborough, who has been serving as the managing director and chief executive since 2011, retired on Monday, 31 May 2022. He will be replaced by Adam Rytenskild in both positions on 1 June 2022.

The chairman and non-executive director of the company, Steven Gregg, will also retire and take up the same role for The Lottery Corporation. He will be replaced by Bruce Akhurst as the company’s chairman.

Adam Newman will also step down as CFO and take up the same position in The Lottery Corporation. Daniel Renshaw will replace him as the new CFO of Tabcorp.

Board members Harry Boon and Anne Brennan will resign from Tabcorp to join The Lottery Corporation’s board of directors as non-executive directors. Brett Chenoweth, Raelene Murphy, and Karen Stocks will replace them in the same roles at Tabcorp.

TAH: Demerger is expected to happen on 1 June 2022

The Demerger Booklet, issued on the ASX on 31 March, outlined all the changes mentioned above. It is anticipated that the demerger will take place on 1 June 2022, and shares of The Lottery Corporation will begin trading on the ASX on the following day.

Last week, the Supreme Court of New South Wales approved the demerger, which is expected to happen today, on 1 June 2022.

The court concluded when all of the company’s shareholders voted in favour of the demerger.

The company has announced this demerger of its Lotteries and Keno business in 2021. To create more value for the shareholders, the company decided to come up with the different structural and ownership options of Tabcorp.