Syrah Resources (ASX SYR) is a player in the graphite sector of Australia, and along with subsidiaries, they are involved in the mining and exploration of minerals in Africa and the US. Their business could be classified into two different streams. They operate in Mozambique’s Northern Province called Cabo Delgado in the African part. In the northern province of Cabo Delgado, they are engaged in the exploration, mining, and development of the Balama Graphite Project and Vanadium Project. The Balama Graphite Project’ Graphite is the company’s primary revenue source.

Syrah shares have gained 40% in the last six months.

There were many factors involved which resulted in the stock increase. Such as, its revenue increased significantly, and the company inked a deal with Tesla. 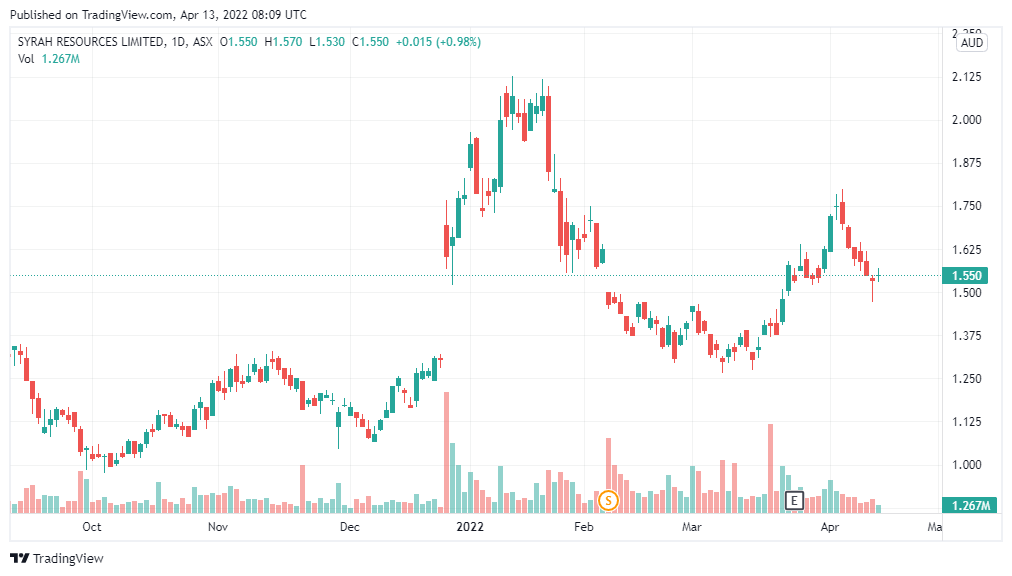 Syrah called for Equity Raise after inking a deal with Tesla

When the company announced an offtake agreement with Tesla, Inc. on 23 December 2021, its stock gained significantly to reach $2.00 per share. It agreed to deliver natural graphite AAM from its vertically integrated AAM manufacturing plant in Vidalia, USA.

When the company’s management saw the massive boost in the stock price following the Tesla deal, they seized the opportunity and called for equity raise. Syrah Resources raised around A$250 million in equity raise at $1.48 per share.

The company has decided to use these proceedings to develop the Vidalia project, and they have enough capital until the production starts. The company said they expect to produce their first batch of AAM at its Vidalia project by September 2023. Still, the agreement with Tesla clearly defines that if the production does not start till 31 May 2024, Tesla will cancel the deal. But the company looks pretty optimistic after the equity raise and expects to begin production before the deadline.

What are the risks involved?

Syrah Resources’ most significant challenge is its graphite and vanadium mine in Mozambique. According to the statistics, upon investigating 125 countries, Mozambique was on top related to money laundering, corruption, and terror financing.

The other risk is that the company’s profitability could be affected by the movement in graphite prices.

Syrah Resources has a long-term strategy in place for the future. With a capacity of 11.25kt per year, the AAM Vidalia plant is expected to begin operating in the third quarter of 2023. In 2022, Syrah intends to complete a BFS for Vidalia’s additional 45kt per year AAM production capacity increase. The Vidalia Initial Expansion project and boosting output at Balama to fulfil rising market demand for natural graphite are also top priorities for Syrah through 2022.