Santos (ASX: STO) shares are on fire after Analysts expect Gas Prices to gain through 2025

Santos owns LNG, pipeline gas, and oil assets, contributing to its robust revenues. Its operations extend to the seas off Western Australia and Northern Territory. The company is headquartered in Adelaide, South Australia.

Financial analysts predict a 10% rise in gas prices each year by 2025, due to which STO shares are gaining today. 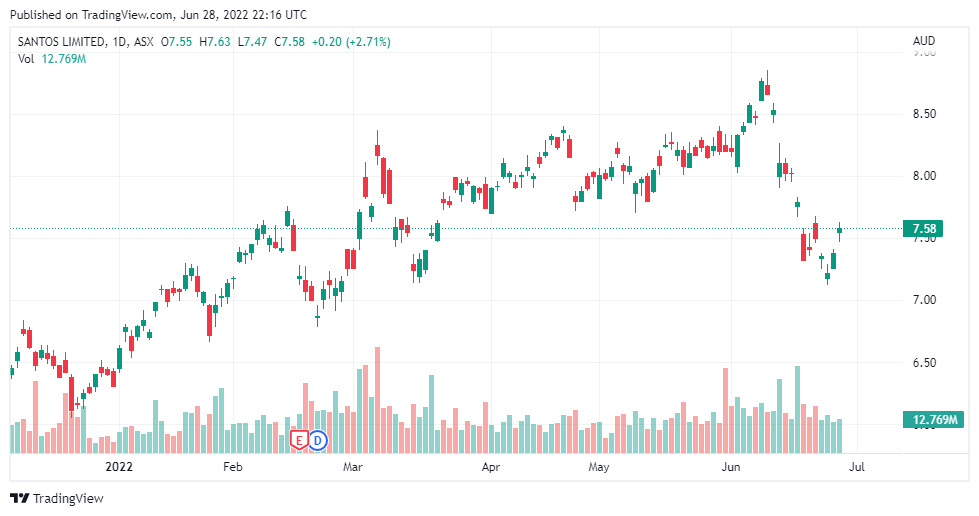 STO shares are trading at $7.58 and gained 2.71% in the intraday trading session on Tuesday. STO stock has gained more than 18% in the past six months. The current market cap of STO is 25.53 Billion AUD.

Financial analysts at UBS have announced a 10% increase in the gas price every year up to 2025. The new update has caused the energy stocks to surge on ASX; as a result, STO shares also shot up.

Financial experts cited the closure of coal-fired power stations in Australia as a factor in their forecast.

While the normalisation of energy costs may take some time, the analysts at UBS anticipate gas-fired power production to gain in importance as coal’s market share shrinks. Many countries are discarding coal because of its destructive effect on the environment.

STO was among many other ASX-listed energy stocks that surged on Tuesday. The reason behind the spike was the impact of oil supply concerns on the financial market.

When Russia attacked Ukraine, the west united to stand in response to Russia’s oppression. They put sanctions on Russia and stopped it from selling its oil and gas to western countries. The G7 countries have decided to put a cap on the price of Russian oil to show support for Ukraine.

At the same time, Ecuador and Libya are oil-producing countries facing political instability and can’t contribute well enough to contribute to the western oil and gas demand. As a result, countries like Saudi Arabia face pressure to increase production.

Meanwhile, China and India have come out to be Russia’s top customers at the moment.

The global supply chain of oil and gas is currently disrupted due to Russia’s invasion of Ukraine. As a result, oil and gas prices have surged. The rising inflation and interest rates are putting economies under pressure. The Australian Dollar is also seeing devaluation. As a result, increasing the oil and gas import cost for Australia. All these factors play a vital role in the surge of energy stock prices on ASX.