Rare Earth stocks you should have in your investment portfolio

What are rare earth elements?

Earth’s crust contains a plethora of rare earth elements, with cerium ranking as the 25th most common element. As a result, it’s as common as copper. Dispersion is a common phenomenon for rare earth elements due to their unique geochemical properties. To put it another way, they aren’t often found in dense enough concentrations to be economically mined for their ores. The term “rare earth” was minted because of their scarcity.

Rare Earths and its importance in 21st century

The magnet rare earths – neodymium, praseodymium, dysprosium, and terbium – should be the core concern of investors. Magnets are one of the fastest-growing and high-value markets for rare earth. The reason is that rare earth element permanent magnets are three times stronger and ten times smaller than standard magnets.

Wind turbines and hybrid and electric vehicles rely on rare earth permanent magnets. For wind turbines or EVs, you will need permanent magnets. You will require Neodymium, praseodymium, terbium, and dysprosium for that purpose. Cerium is required for the construction of a catalytic converter. You’ll need europium to build an LCD television. And the list goes on. Rare earth magnets weigh a few kilos in each electric vehicle, while wind turbines produce about a ton of energy.

Hydrogen storage and its transportation in a post-hydrocarbon economy, as a solution to global warming, and increased energy efficiency are all possible uses for this technology in the not-too-distant future. The automobile industry, oil refining, aerospace, military, and healthcare industries rely on rare earth elements.

Who dominates the scene?

In the current trade war between the United States and China, China has control of the vast majority of its production capacity. As a result, the US isn’t interested in participating and is instead relying on the assistance of other countries to ensure that it has enough of these essential minerals. Other major global powers consider China’s hegemony in the rare earth industry a severe issue.

Data shows that China and neighbouring Myanmar produce 95% of the world’s heavy rare earth. As a result, China’s underground industry effectively uses or exports all of that production. Deng Xiaoping famously said in 1992, ‘The Middle East has oil. China has rare earth.” Those were the actual mines where the substance was extracted. China has also devised the technical expertise to produce finished goods economically in the last three decades. To capitalize on this situation, Australia is the second-largest producer of rare earth elements globally and plans to become a global supplier of rare earth elements.

Because of China’s dominance in the rare earth elements, manufacturers of electric vehicles may instead use lower-performance induction motors that do not need rare earth. This would be a less expensive approach towards the manufacturing of EVs.

However, the World Trade Organization (WTO) may rule that China cannot limit exports of rare earth elements, as they did in 2014 if China doesn’t go through with its export ban.

Lynas Rare Earths Ltd. (ASX: LYC) is an ASX listed company that is currently the largest producer of separated rare earth after China. It has a market capitalization of more than $7.97 billion, which makes it the most valuable company globally that makes these kinds of things. Lynas, a rare-earth miner, and supplier, is committed to integrated delivery. About 20% of the world’s supply of separated rare earth products is currently met by this country alone. The Mount Weld project in Western Australia, according to the company, is one of the world’s highest-grade rare earth mines.

Its stock currently trades at $8.33, and in the trailing twelve months, LYC has gained more than 63%. The last reported quarter’s revenue saw an increase of 130% and net income earned by 600% yoy. With such a massive growth rate and increasing financial numbers, LYC is amongst the best candidates investors can consider at the moment. 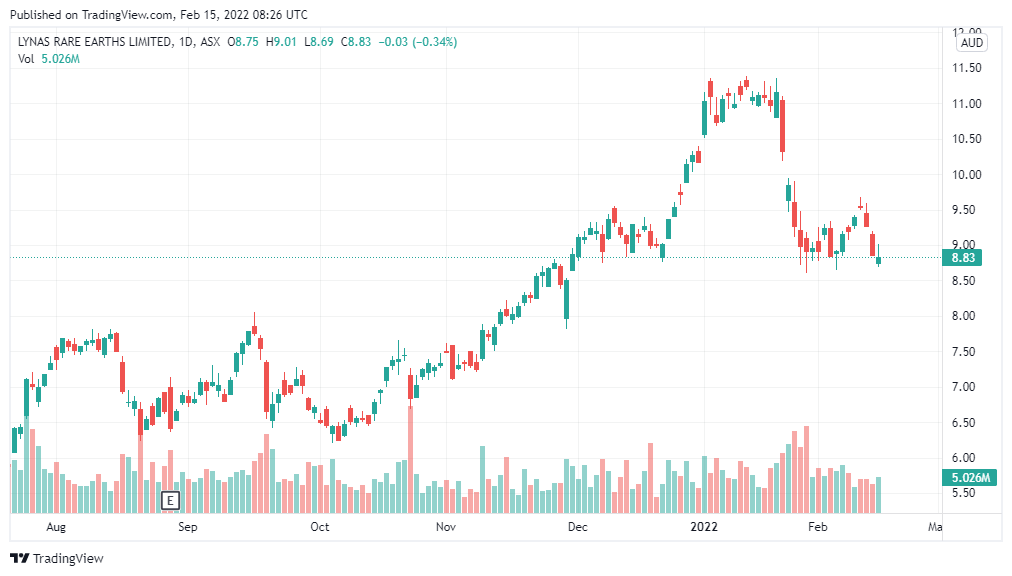 One of Australia’s largest zircon producers and rare earth, Iluka Resources (ASX: ILU), is conducting a preliminary feasibility study at its Wimmera zircon project in western Victoria. In the mining industry, they have decades of experience primarily producing zircon and high-grade titanium dioxide feedstocks rutile and synthesized rutile. On the other hand, Iluka has been steadily expanding its rare earth operations and projects in recent years.

ILU is trading at $11.22, and in the trailing twelve months, the stock has surged more than 56%. The current market cap of the company is $4.7 billion. Its last reported revenue recorded an increase of 62%, and net income gained by 16%. The company is currently focusing on the company’s growth, which is why the percentage of the revenue gain is more incredible than net income. Their new strategy revolves around increasing the market share. This makes the company’s stock the potential candidate for the investors to consider worth investing. 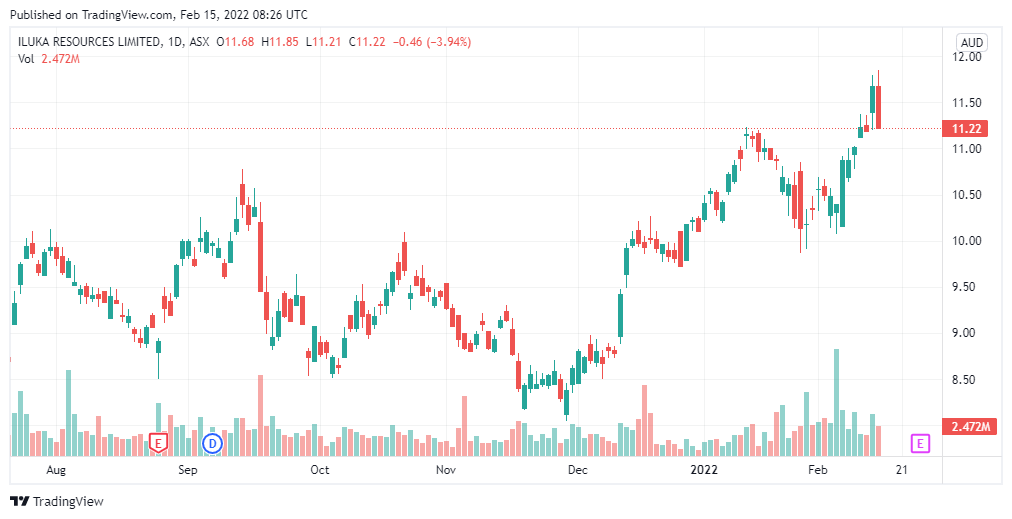 Australian Strategic Mtrls (Holdings) Ltd (ASX: ASM) is an emerging company in the rare earth space. Their main business focuses on integrating critical metals for advanced and clean technologies. But since 2020, the company has taken a keen interest in the rare earth industry. The Dubbo Project, previously owned by Alkane Resources (ASX: ALK), is currently owned by Australian Strategic Mtrls (Holdings) Ltd, which demerged from Alkane in July 2020.

For 75 years, the open-pit mine life of this project could be supported by an abundance of zirconium and other REEs, including yttrium. The Dubbo Project was described as “construction-ready” by Alkane in its quarterly report before the companies were not separated.

ASM is an ASX-listed company and currently trades at $7.79, and in the last twelve months, the stock has gained more than 44% value. The primary reason for the gain could be linked to the demerge from Alkane and sitting on the pile of rare earth elements. The current market cap of the company is $1.24 billion. The previously announced quarter saw a massive increase in the revenue of 3,106%. The company is not yet profitable, but they are mainly focusing on the market share. Such a strategy doesn’t have an emphasis on profitability. The profitability goal is the second phase of the plan once a significant market share is grabbed. Seeing the company’s current performance, ASM could be potential stock for the investor to include in their investment portfolio. 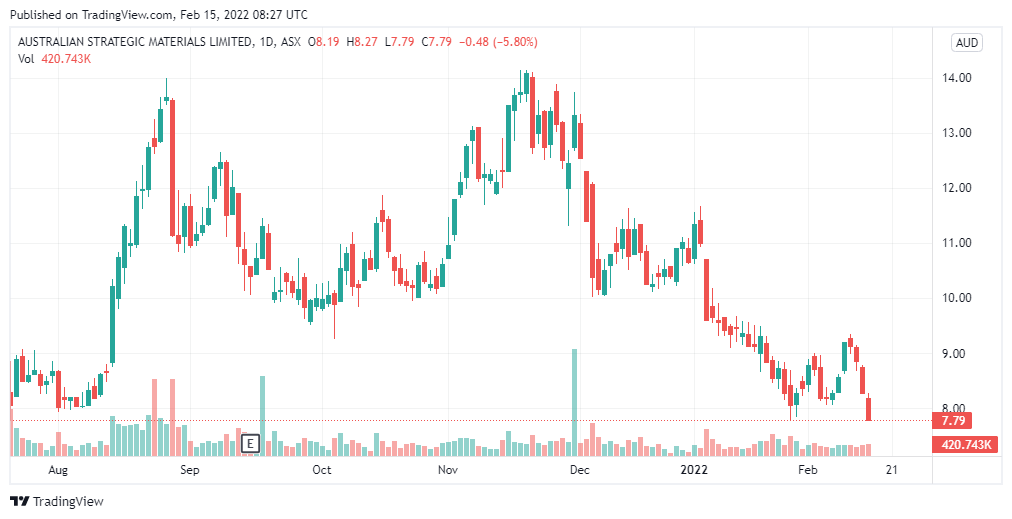