Qantas Airways (ASX: QAN) is the biggest airline brand in Australia. It is regarded as the second oldest airline brand globally. The company was founded in 1920 and has over a hundred years of history. The ASX-listed company is the largest domestic and international flight carrier in Australia.

Qantas Airways is the most substantial airline company based in Australia that is believed to be amongst the most reliable airline brands globally. The company has two different airlines, Qantas and Jetstar. Jetstar is a low-cost airline brand that operates flights in Australia and New Zealand.

ACCC has recently given the company a notice that they will not take any action regarding the 19.9% acquisition of shares by Qantas in ACCC. After the press release, its stock declined for a day but has recovered since then.

Qantas Airways Limited (ASX: QAN) stock is currently valued at $5.45 and has gained more than 7% at the end of the last trading session. QAN stock’s previous close was $5.09 and had a trading volume of 8.41 million shares. The current market cap of the company is about 10.2 Billion AUD.

The stock has been rising since the company announced its results for the first half of 2022. 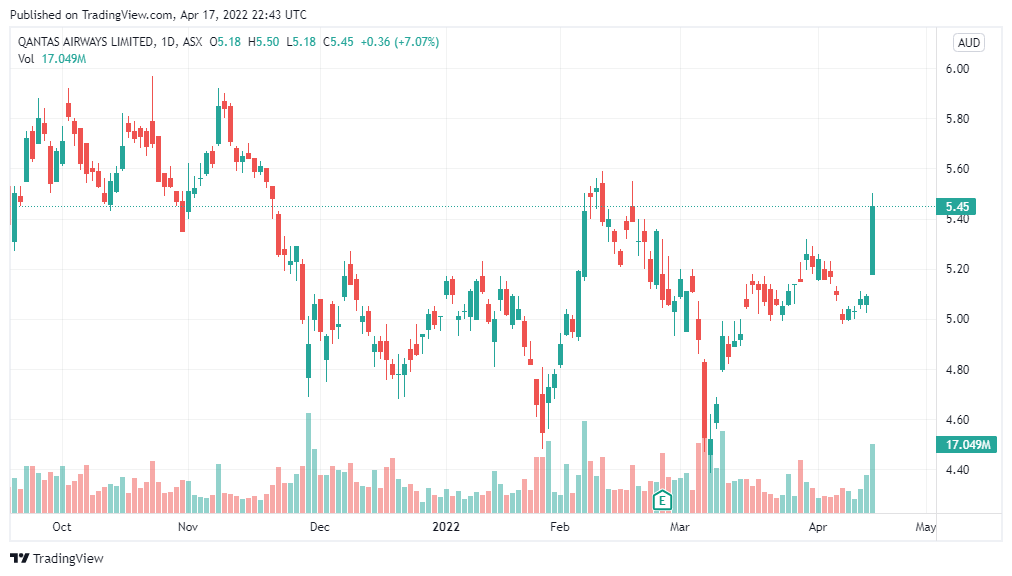 ACCC will not take any action against Qantas Group

Back in August 2020, Qantas Group acquired 19.9% shares in Alliance Aviation Services. After the company acquired 19.9% of the company, it sparked a controversy that led to the investigation. The controversy revolved around the concerns of Qantas’ monopoly in the airline industry. Qantas acquired a 19.9% stake for approximately USD 45 million.

Alliance recently announced that the company has decided to take no enforcement against Qantas Group after three years. However, Alliance Aviation Services will continue to monitor Qantas’ conduct in the industry concerning the acquisition. They can, later on, decide what to do further next.

Although the company incurred losses due to the Omicron and Delta variant, their guidance for the year shows that the company is optimistic about its performance once the situation settles down. The group is currently focusing on developing both its domestic and international operations, which will help them achieve its goals for fiscal 2022.