Northern Star Resources Limited (ASX: NST) is an Australian gold mining company. It is one of the world’s leading gold miners, with world-class operations in highly promising areas of Australia and North America.

The company aspires to produce better returns for stockholders and long-term benefits for all stakeholders through operational efficiency, exploration success, and portfolio management. The company is headquartered in Perth, Western Australia.

The company updated its latest pre-feasibility study today, and NST shares are shining on ASX. According to the latest update, the gold giant has been busy working on the KCGM site and has provided a progress report. The company gained significant value as a result of the new development. 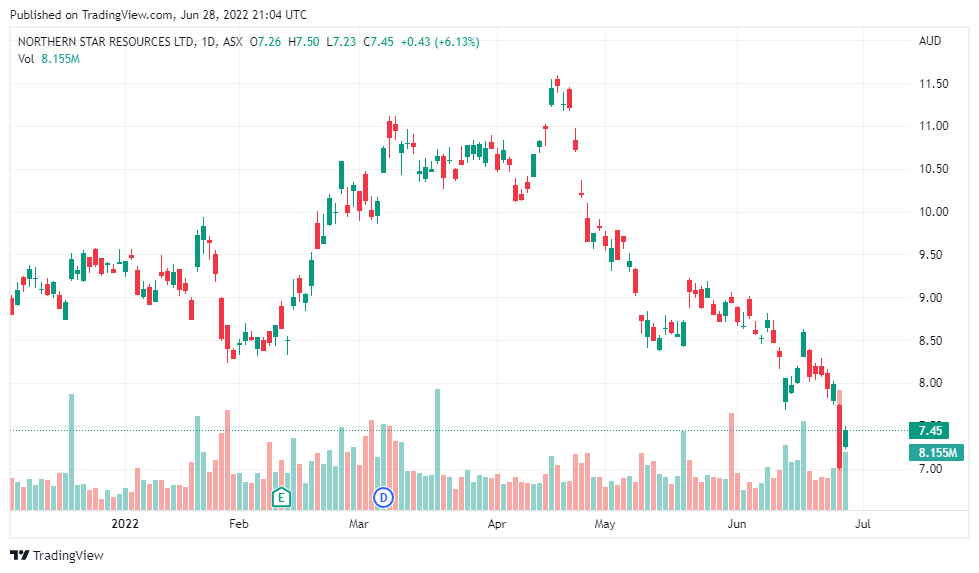 NST shares are trading at $7.45 and have gained a value of more than 6.13% when the market closed on Tuesday. The graph shows that NST shares have lost more than 25% in the previous twelve months. The current market cap of the company is around 8.68 Billion AUD.

Why are NST shares gaining?

In the new update, the company presented three mill expansion options that were considered part of the KCGM Mill Optimisation Pre-Feasibility Study.

According to the update, KCGM is one of the world’s largest and most significant gold mines, with a Mineral Resource of 27.4Moz and an Ore Reserve of 11.9Moz. KCGM is located in Kalgoorlie, West Australia.

The merger of Saracen Mineral Holdings Ltd and Northern Star on 12 February 2021 resulted in Northern Star acquiring a majority stake in KCGM on 3 January 2020. NST owns 50% of KCGM with 100% control of the project.

Since then, there has been significant progress in improving Northern Star’s knowledge of the underground resource base and optimising the mine via new fleet deliveries to allow for higher material movements.

Northern Star’s Managing Director Stuart Tonkin said that the PFS results prove that KCGM is a genuinely world-class gold asset with huge potential. More than a year after becoming the company’s sole owners, they’ve been hard at work exploring the opportunities for increasing value for all of its stakeholders. A strong mix of operational efficiency, a long-term commitment to social value, and a robust asset portfolio will allow them to produce competitive returns and long-term value creation.

Northern Star Resources shares saw a significant rise post update. KCGM seems to be an incredible gold asset and has enormous potential to be a solid revenue stream for the company. Investors were interested in the gold giant in the intraday trading session due to the KCGM update. However, NST shares have seen a significant setback over the past year but could make a comeback due to the KCGM update.