Neometals (ASX: NMT) has inked a deal with Mercedes-Benz, and the stock is on the rise!

Neometals Ltd (ASX: NMT) is an ASX-listed company involved in seizing different opportunities and gaps in the minerals industry. Neometals are innovating and developing minerals and advanced minerals essential for a sustainable future. The company’s vision is to grab its market share in the sustainable future and play its part.

Currently, the company is involved in three projects related to the recycling and resource industry and upstream industrial minerals.

Neometals recycling and resource recovery business involve Lithium-ion battery recycling and Vanadium recovery. They recover nickel, cobalt, and other valuable materials from used lithium batteries and commercialise them. In the case of vanadium, they have a 50:50 joint venture with Critical Metals to recover vanadium through processing by-products.

Neometals also have a prospective 50:50 joint venture partner, IMUMR, at the Barrambie titanium and vanadium project, one of the world’s highest-grade hard-rock titanium-vanadium deposits. A development decision is expected in mid-2022. 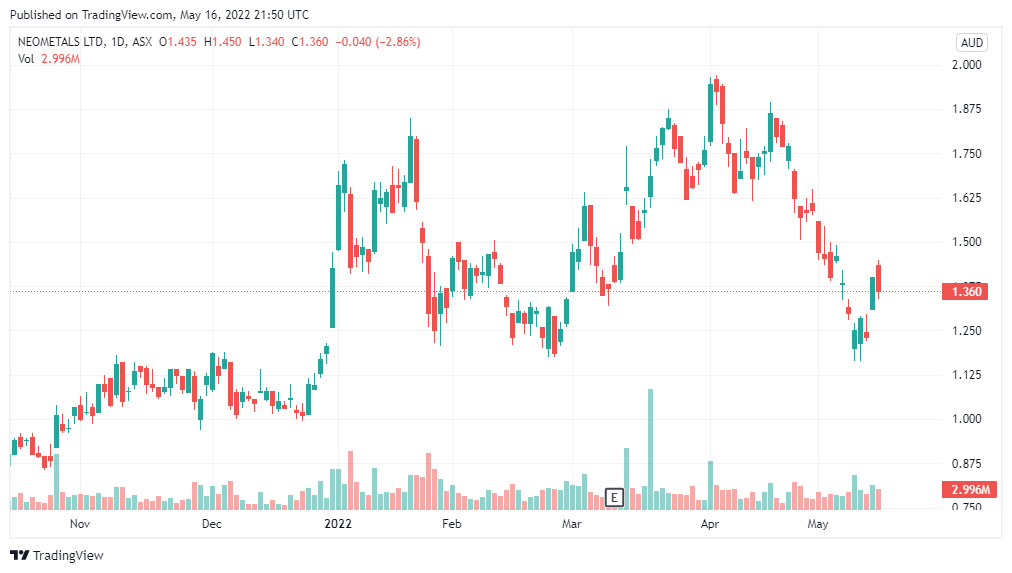 Neometals recently announced that it had inked a deal with LICULAR GmbH. LICULAR GmbH is a subsidiary of Mercedes-Benz AG. Its founding purpose was to run a specialist consortia-based research program to develop a holistic and sustainable recycling approach for lithium-ion batteries. In March 2022, Mercedes-Benz announced that Primobius had been selected as its technical partner to design and build a 2,500tpa lithium-ion battery recycling facility.

The agreement is contingent upon LICULAR issuing a purchase order to engineer, supply, and install the recycling plant’s essential equipment. Neometals anticipates the Mercedes-Benz Kuppenheim Operations in southern Germany to be the agreed-upon site for the Recycling Plant.

NMT: German Operating Permit is given to Primobius

People who build and run “installations” have to follow the BImSchG (Federal Immission Control Act) to keep the air, water, and soil safe. Next week, Primobius will give to a German metal recycler its first intermediate active substance (Black Mass) developed during the demonstration trials, along with the permission. Primobius intends to distribute bulk samples from commercial activities to different partners to evaluate bigger, longer-term off-take deals. Until Primobius and possible partners have built and commissioned the hydrometallurgical refining facilities, Black Mass sales will take precedence.

The 10tpd Shredding Plant will produce immediate money while proving the shredding circuit’s effectiveness and operability at a 1:5 scale of the more significant industrial operations. Engineering cost studies for 50tpd recycling plants are due by June 30, 2022.

Due to the global focus on green energy consumption, the world is moving towards electric vehicles as a mode of conveyance. Lithium is a significant component in the production of lithium-ion batteries, which are used in electric vehicles. The company recycles lithium from used batteries and sells them. They are also involved in recycling other minerals, which will benefit the company in the long run. The recent deal with Mercedes-Benz AG will play a vital role in achieving the company’s vision.