Magellan Financial Group (ASX: MFG) continues to slump, and Investors are worried about it!

Australian-based Magellan Financial Group is one of Australia’s largest, and a global equity and listed infrastructure investment firm. MFG funds are accessible by retail and institutional investors in ASX-listed and unlisted formats.

Magellan has not announced any news in the recent past, due to which its stock is not in a good position. MFG shares are continuously declining, and investors are worried about it. Although the company’s revenue and Funds Under Management FUM have increased in the first half of 2022, the stock is still not receiving any appreciation from new investors.

MFG stock is currently trading at $15.23 and has lost more than 3% compared to yesterday’s closing session. Previously, MFG closed at $15.88. The market cap of the company is around 2.93 billion AUD. The trading volume of the stock is approximately 1.47 million shares. 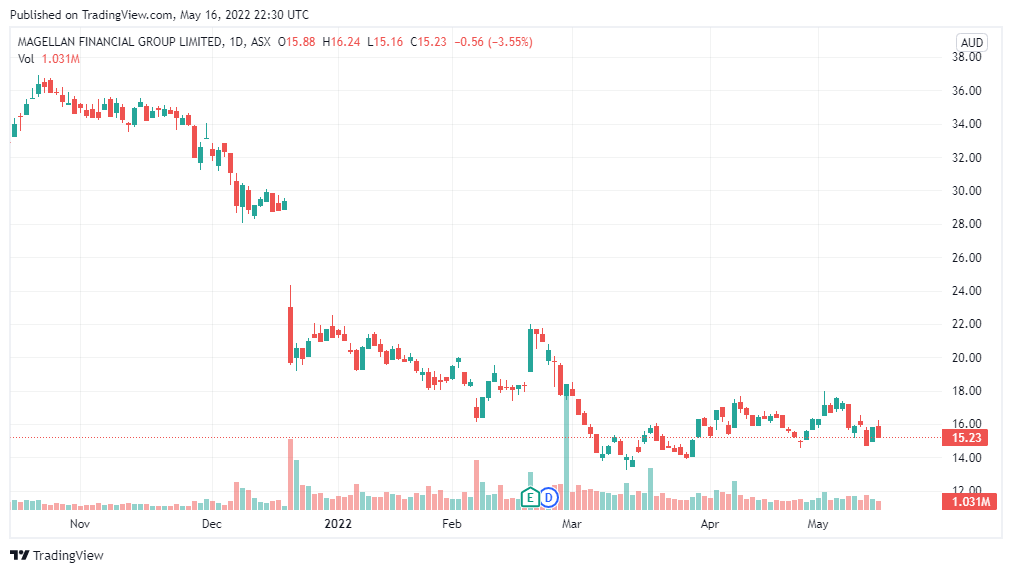 What is causing the decline?

The decline is not clear, as the company has not made any significant announcements in the recent past. However, recently, one announcement made the stock price fly in the green. The company announced David George as its new CEO and managing director. It will be effective from August 8.

David served as the investment officer at Future Funds. He joined as a CEO when Brett Cairns left the position the previous year.

As soon as the news hit the market, its stock surged on Wednesday, May 13, 2022, but it declined again to trade in the red. The continuous decline has made the investors uncomfortable about its future as the company has good financial numbers, but the stock is declining.

In June 2022, the company is expected to release its full-year 2022 results. The stock sentiment seems to be completely relying on the financial statements for 2022. Investors will have some relief if they see a positive sentiment in the stock in June.

Magellan Financial Group (ASX: MFG) was the worst performer of the year

Magellan Financial Group Ltd. (ASX: MFG) is the worst performer of the year, with a more than 62% decline in the share price. The company has not announced any significant business development that could positively affect the stock.

The company has an excellent financial status, but its stock continuously declines. The company’s dividend yield is around 14.72%, and it regularly pays dividends to shareholders. The reasons for its decline are not obvious yet, but one thing that could have affected its business is the operating environment for fund managers in a post-pandemic era. Funds Under Management declined, and MFG also announced that its long-serving CIO Hamish Douglas, was leaving. However, recently, MFG has seen a surge in the FUM. We shall wait to see if the stock rebounds and reaches its previous position once the market volatility reduces.