Lynas Rare Earths (ASX: LYC) shares and Other Rare Earth Stocks are Facing New Challenges! Here is all the information

The company has two significant operations. One is a mining concentration plant at Mount Weld, West Australia, and a refining facility at Kuantan, Malaysia. The company holds a couple of contracts with the United States Government.

According to the company, its project at Mount Weld is one of the world’s highest-grade rare earth element mines. The company was founded in 1983 and is headquartered in Kuantan, Pahang, Malaysia.

LYC shares are trading at $8.73, losing more than 1.36% on Thursday’s close. The last six months were a roller coaster ride for its investors, but otherwise, LYC stock has gained more than 51% in the past twelve months. 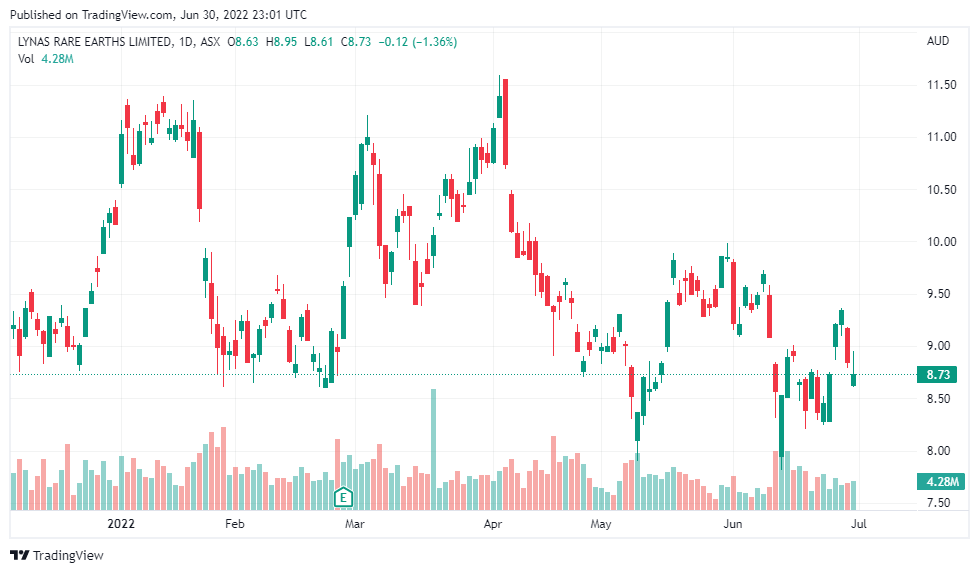 Mandiant, an American cybersecurity company, issued a report in which it highlighted the targeting campaign against rare earth companies. The campaign is known as DRAGONBRIDGE. The report shows the evidence of thousands of fake social media accounts protecting the political interest of China.

Before we move on, we should explain what DRAGONBRIDGE is?

DRAGONBRIDGE is an integrated network of thousands of fake social media accounts across social media platforms, websites, and forums that work systematically to protect and promote the narrative and political interest of the People’s Republic of China (PRC). Mandiant says that they have observed various shifts in the pattern and tactics of DRAGONBRIDGE since they first discovered it. In September 2021, Mandiant reported the expansion in the campaign’s activities.

The campaign is stressing to incite people to protest against the planned Lynas’ rare earths processing facility in Texas.

With the help of key interagency stakeholders and partner governments, the department is now conducting an investigation into the incident.

Lynas is the only major producer of rare earths outside China. The U.S. government has several contracts with the corporation. For the second time this year, the United States Department of Defense (DOD) has awarded Lynas a contract for a commercial heavy rare-earth separation plant. U.S. and Lynas struck an agreement in January 2021 for a light rare earths separation plant.

According to Lynas, this is the first time it has seen proof of a clear relationship between “fake social media accounts” and political goals disseminated via the propagation of misinformation. According to Lynas, the investigation provides evidence of direct and reciprocal involvement between the pro-China DRAGONBRIDGE social media accounts and Malaysian anti-Lynas activist groups.