Iluka Resources (ASX: ILU) is one of Australia’s biggest zircon and rare earth producers. The company is doing a preliminary feasibility study at its Wimmera zircon project in western Victoria. They have been in the mining business for decades and are producing zircon, high-grade titanium dioxide feedstocks, rutile, and synthetic rutile. There has been steady growth in Iluka’s business and initiatives in recent years.

The company’s monazite stockpile is located at Eneabba, Western Australia. Monazite is the name given to a phosphate mineral that includes rare earth elements. If the Eneabba refinery is developed, Iluka’s monazite will also be processed there.

ILU shares were green when they announced the FEED and EPCM contract awarded to Fluor. But today, ILU shares are in the red-zone the day of the announcement.

ILU stock is currently trading at $8.74, declining by more than 3% the day after the deal was announced. The current market cap of the company is around 3.17 Billion AUD. 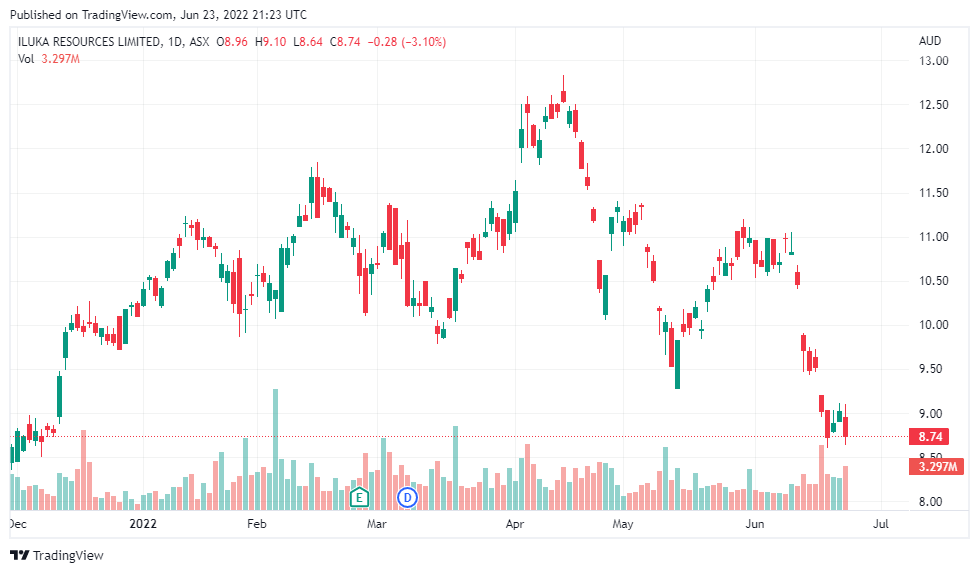 ILU awarded the Contract to Fluor

The company announced that it had awarded Fluor Australia (Fluor) the Contract to complete the Front End Engineering Design (FEED) and undertake Engineering, Procurement, and Construction Management (EPCM) services for the Eneabba rare earths refinery.

The company said that this is a significant step toward completing the refinery and expanding Iluka’s rare earths business.

Iluka and the Australian government have agreed on a risk-sharing framework for this project. In addition to creating light and heavy separated rare earth oxides, the refinery can process feedstocks from Iluka’s portfolio and a wide variety of third-party sources. Mineral sands and rare-earth deposits are included in this category.

Construction is scheduled to start in the second half of this year, with the first products shipping in 2025.

The company explained that Fluor has been providing engineering, procurement, and construction services for over a century and has a proven track record of success.

Iluka and Fluor look forward to working together closely for this internationally significant breakthrough.

On April 4, 2022, Iluka made its final investment decision on the Eneabba refinery.

Importance of ILU as a Rare Earth Stock

Modern technology relies heavily on rare earth elements. Wind turbines and electric motors need strong magnets. Computers and smartphones can’t function without them either. Governments are thus eager to acquire supplies for use in aircraft and high-tech military applications. That is why the company has enormous potential to be a great player in the future in the rare earth industry. For investors looking for a stock that could have a strong game in the future, ILU stock is one of the best options out there.