The company’s best attributes are innovation, culture, and industry-leading processes in developing mining assets and top-notch infrastructure. The business was established in 2003 and had its headquarters in Perth, Australia.

The recent decline in the global prices of iron ore has caused the FMG stock to shed 5% value in the intraday trading on Friday.

FMG stock is currently trading at $18.60, with a decline of 5% at the closing of the trading session on Friday. The company has a market cap of around 55.27 Billion AUD. 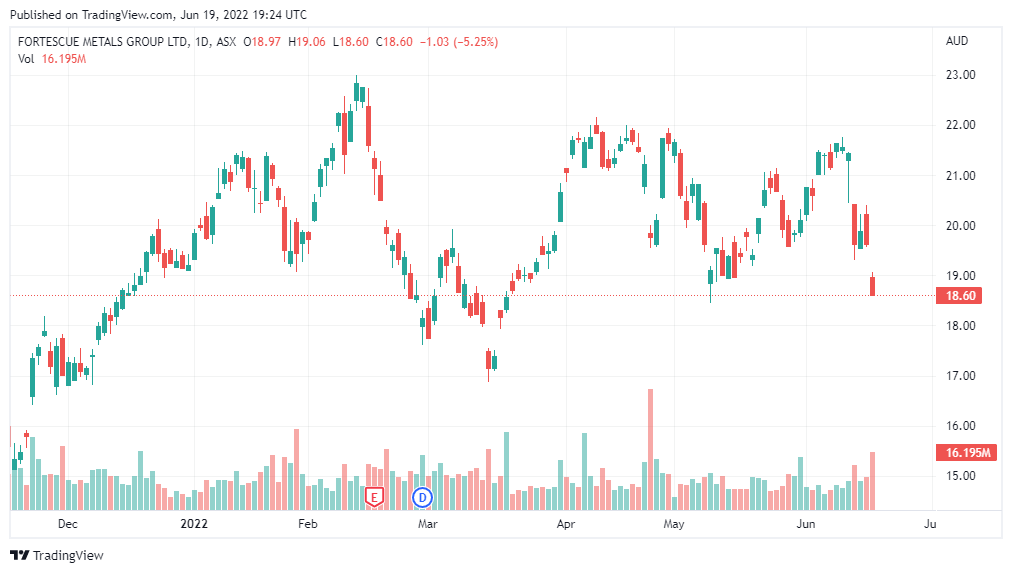 In March 2022, iron ore was trading at around US$149 per tonne, and its price was increasing.

There is news surrounding the market that China wants to secure cheap iron ore through a domestic central buyer. It has raised concerns among the majority of the investors.

According to the report by Financial Times, the Xi government wants to make it easier for the country to import iron ore by creating a new entity.

China is the largest consumer of iron ore globally. It requires around 1 billion tonnes to fulfil its industry needs. Australian iron ore accounts for about 70% of the world’s iron ore imports to Asia.

If they decide to import iron ore from Australia, it will create an imbalance in the global pricing power.

It is possible that the Chinese government may not have the capacity or willpower to impose such regulations on small businesses to participate in the initiative.