Dreadnought Resources Limited (ASX: DRE) is involved in discovering economic mineralisation in the Tier 1 area of Western Australia. The company aims to deliver a significant return to its shareholders by exploring minerals. The company is focused on exploring and developing a portfolio of minerals and commodities that the modern world will require.

The company has started drilling at its Mangaroon Project to discover rare earth elements (REE). The company’s stock is on a trading halt before this announcement. 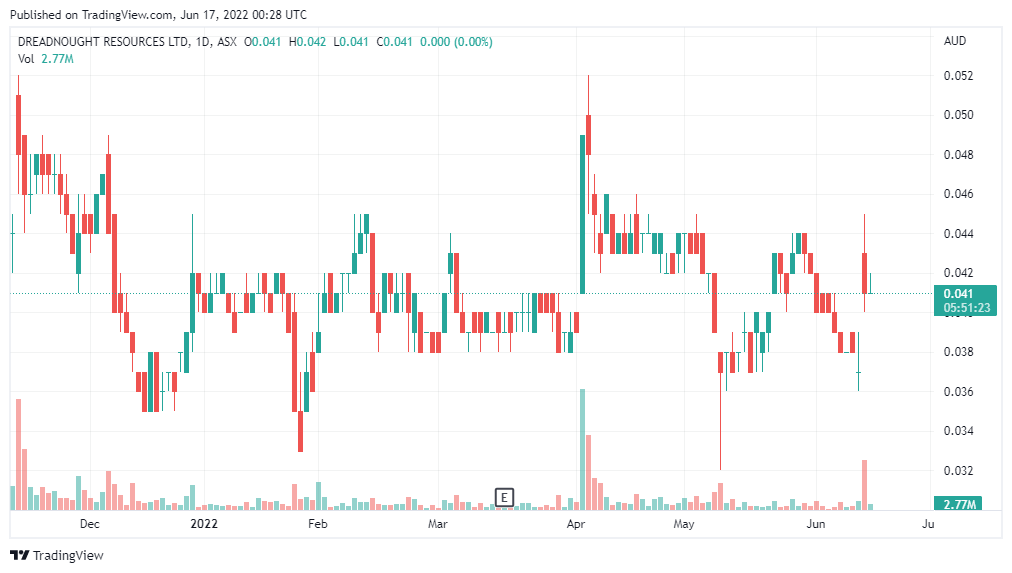 According to Dreadnought Resources Limited, RC drilling has begun at its 100 percent owned Mangaroon Project in Western Australia’s Gascoyne Region at the REE ironstone and carbonatites.

Initial drilling of outcropping Yin ironstone that is more than 2.5 kilometres long (66 holes, about 5,600 metres) has intersected thick, high-grade rare earth element mineralisation in all six of the initial drill holes.

The drilling of the project is expected to finish in three months. The company will update its shareholders with regular updates from July to October 2022. The samples from the first holes have been sent for analysis.

The DRE stock was on a trading halt before this significant announcement. The company emerged from a trading halt as soon as the news hit the market.

Dean Tuck, the Managing Director of Dreadnought, said that drilling for rare earth ironstones at Mangaroon is off to a great start, with every hole of the first drill line hitting significant thicknesses of mineralised ironstone. To put Yin on the road to become a vital REE find, intercepts have surpassed expectations.

As drilling proceeds, we’ll offer further updates as samples are hurried to the lab for analysis. One year after our initial rock chip results at Yin, we’ve achieved this outcome, which shows the dedication of the Dreadnought team and how well we’ve worked together with all parties involved.

The world is moving towards the consumption of green energy and electric vehicles. Dreadnought Resources is a rare earth element discovery company that aims to solve the modern world’s problems. The company is on a mission to find rare earth elements at its owned locations, and Magaroon Project exploration is part of the process. They expect to find high-grade rare earth elements for which the first samples have been rushed to the laboratory. This penny stock seems to be a new opportunity for the rare earth stock investors looking for a higher reward in the future.