Best ASX Penny Stocks you should consider in 2022

Even though penny stocks carry a high level of risk, they are a popular choice among short-term investors. These stocks have a high degree of volatility, making them perfect for investors who are willing to take a risk to reap the rewards. A stock’s historical performance may be a good indicator of how well it will do in the future. Even while future returns may not be a genuine reflection of previous performance, maintaining outperforming companies on the “watch list” is a great starting point. The price of penny stocks is used to classify them, whereas the value of small stocks is used to classify them. Penny stocks are those with a market value of under $5. On the other hand, small-cap refers to a stock with less than $2 billion market capitalisation.

Investors are fleeing to safe-haven commodities like gold and government bonds as tensions between the United States and Russia escalate. By mid-session, the ASX 200 had risen by more than 11% to 7,233. On the other hand, small-cap equities are withdrawn from investors’ portfolios. On the ASX Small Ordinaries index, small-cap stocks in Australia were down 19% by midday. With that said, investors are also adding certain ASX penny stocks to their portfolios in a risky move. Here are five ASX-listed penny companies that have performed extraordinarily well in 2021 to illustrate my point. However, penny stocks are notorious for being very dangerous; therefore, one must thoroughly investigate them before deciding.

Arovella Therapeutics Limited (ASX: ALA) is an Australian biotechnology business that first focused on oro-mucosal delivery of current medications. It was once known as SUDA Pharmaceuticals before acquiring the iNKT cell therapy technology for cancer treatment. Oncology and neurological disorders are now the Company’s primary emphasis. Arovella Therapeutics has introduced two new cancer immunotherapies in the last year, suggesting moving into a sector with excellent growth potential. The two approved CAR immunotherapies are aimed against the highly expressed CD1d, CD19, and DKK1 antigens.

ALA currently trades at $0.045. The Company has a market capitalisation of AU$31.26 million. It posted a loss of AU$5.05 million in the financial year 2021, a noticeable reduction from 2020’s net loss of AU$9.94 million. Arovella Therapeutics investors are having a good day as the stock rallied 12% since the end of January. The reason is one of the premier equities research firms covering small-cap companies, Diamond Equity Research, has started covering Arovella Therapeutics Limited (ASX: ALA). A sheer volume of over 33 million shares on February 18 2022, the highest volume since June 2021, shows a massive interest piling up for Arovella Therapeutics shares. 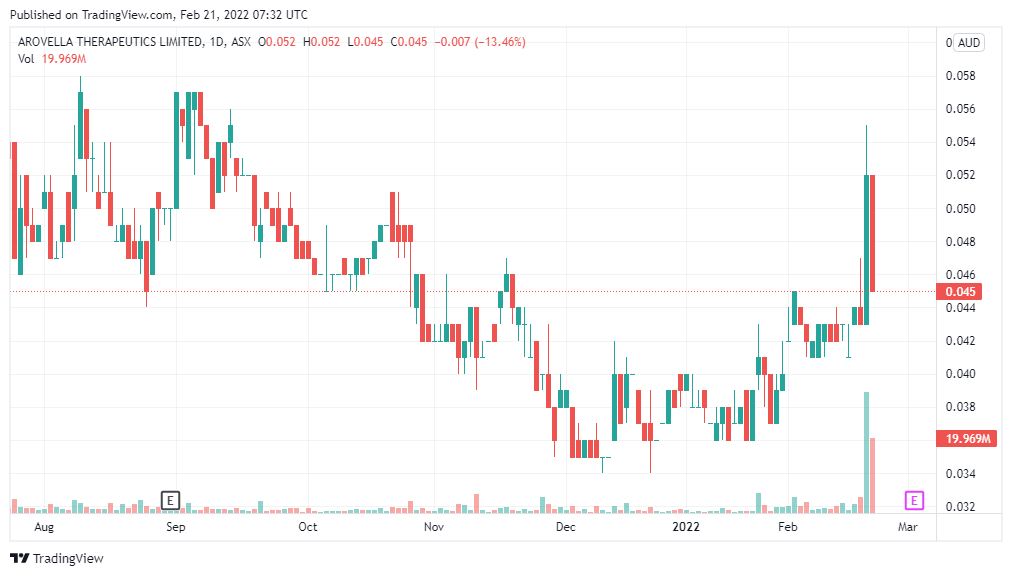 Province Resources (ASX: PRL) is an ASX-listed natural resources company that is presently focused on the mining exploration and development of copper, gold, nickel, cobalt, vanadium, and other mineral possibilities in Australia and New Zealand. The Company’s goal is to capitalise on the increasing demand for these commodities in the rapidly expanding green energy industry.

Recently, the Western Australian government announced that it would establish new tenure for green hydrogen developments by making amendments to Land Administration Act 1997, which is expected to benefit hydrogen producers.

On February 17, 2022, the Company recently announced that they had started drilling activities at the Gnama nickel-copper project in the Fraser Range Province of Western Australia. The Gnama Project is located at the southern end of the Fraser Range, host to several recent nickel discoveries, including Nova-Bollinger (Serious Resource/ IGO), Silver Knight (Creasy Group), and Mawson (Legend Mining).

A natural resources company worth AU$146.86 million, Province Resources aims to become the country’s first zero-carbon green hydrogen producer. The Province Resources share price has delivered an astonishing yearly return of 44% as of now. The Company is pre-revenue for the time being, but its recent discoveries show that it has excellent potential to become a valuable company to invest in. 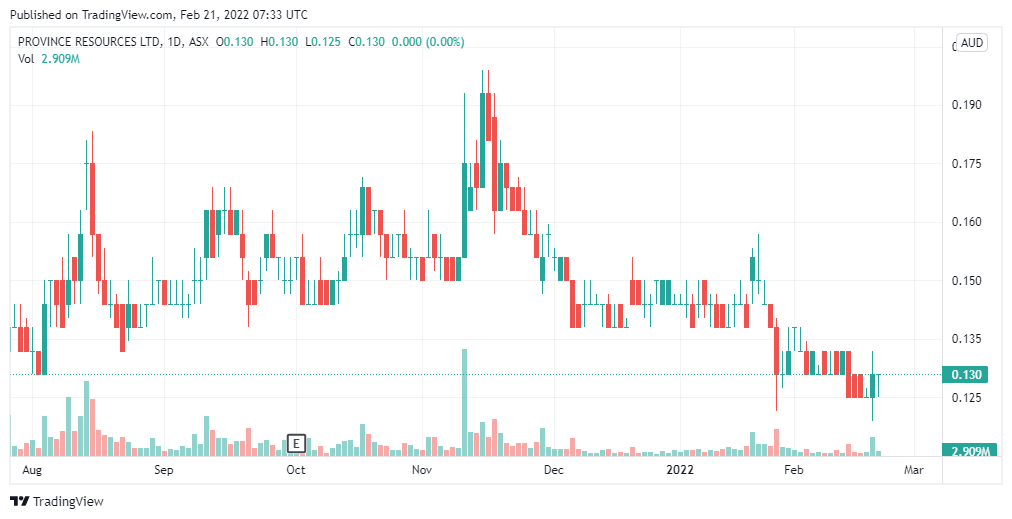 Renascor Resources Limited is an Australian business focused on the discovery, exploration, and appraisal of financially successful deposits comprising graphite, gold, copper, and other minerals. The firm was founded in 2009 and is headquartered in Australia. The Company has a wide range of interests in significant mineral provinces in South Australia. The Company had not provided any significant business development in the past year. But surprisingly, its stock is rallying up. The Company is currently at the pre-revenue stage. But the Company’s expansion predicts that it might burn $2.5 million in cash. That implies it may simply issue a few shares to finance more expansion, and it may even be able to borrow at a low-interest rate.

Renascor Resources primarily focuses on ethically sourced purified spherical graphite and has a market capitalisation of over AU$521 million. The Company reduced its net loss from AU$1.07 million in the financial year 2020 to AU$0.88 million in 2021. Renascor Resources shares have delivered a dream return to investors this year, having rallied 450% to AU$0.28 in the trailing twelve months. 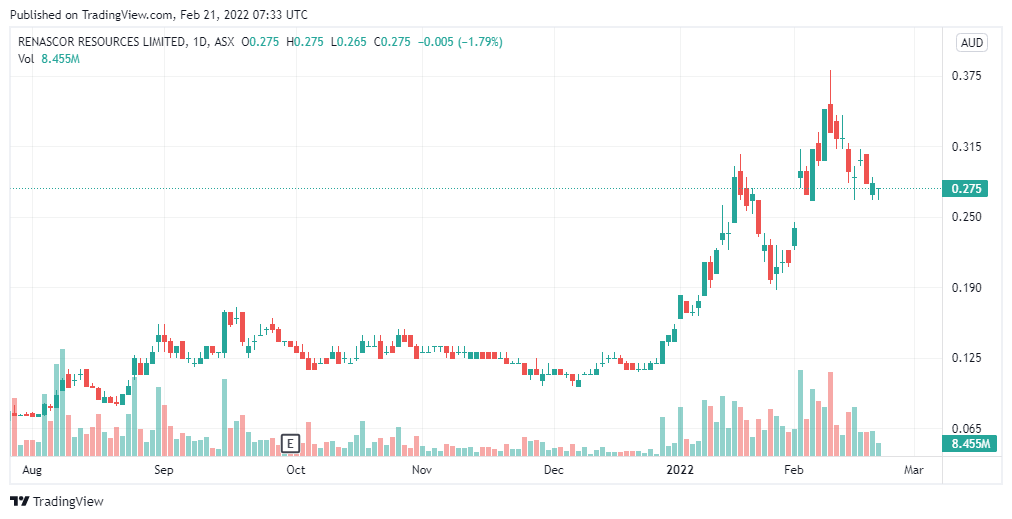 Immuron Ltd. (ASX: IMC) is a Melbourne-based biotechnology company listed on the ASX and the NASDAQ. Analysis was renamed Immuron Ltd. in 2008. The Company’s primary focus is to research and develop polyclonal antibodies to address significant unmet needs. Also, Antigen-primed, dairy-based health products were the biotech firm’s emphasis.

US Department of Defense funding of AU$6.2 million has just been announced for the clinical evaluation of a Military Strength Dosing Regimen on Travelan. Expanding the Company’s clinical research programme is the goal of this new endeavour. As a first step, the business plans to conduct a series of extensive clinical studies with the US military in 2022. The efficacy of the proposed oral treatment will be tested in two controlled human infection-model clinical trials by the US Naval Medical Research Center this year.

In 2021, the Company massively increased its net loss to AU$8.38 million from AU$2.93 million in 2020. Immuron values at AU$0.11 and has the current market cap of around 25.06 AUD. The Company is still at the pre-revenue stage. The recent funds given by the US Department of Defense indicate that the Company can develop in the future with its innovative technology. 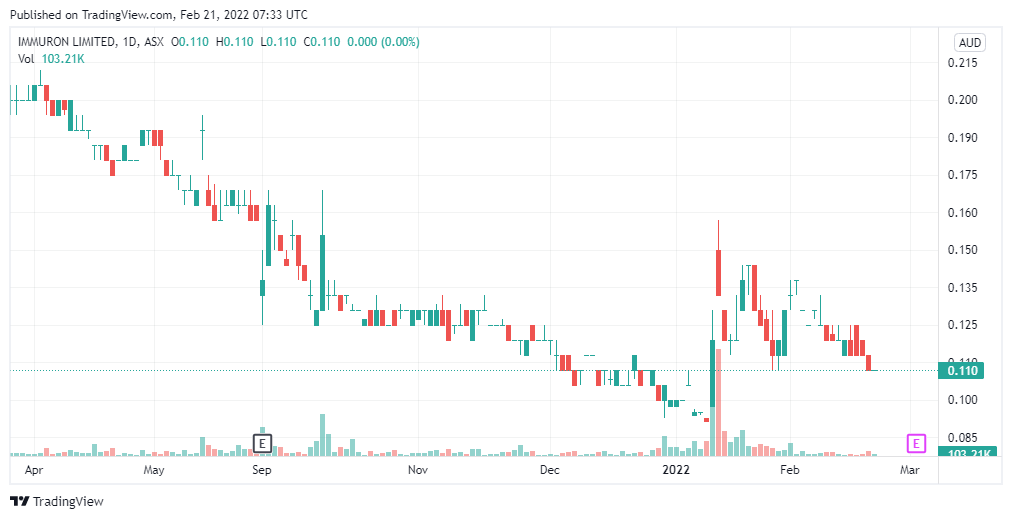 Novatti Group Ltd. (ASX: NOV) is the final name list of companies that make investors cheerful to banks. Novatti is a software company that was founded in 2015 with a market capitalisation of 97.85 million. It enables businesses to pay and be paid. The Company caters to every business, from a corner store to a start-up to a global organisation.

Novatti stock soared in April 2021 due to a deal with Afterpay. Afterpay chose Novatti as its New Zealand provider. October 2021, Novatti announced it was acquiring Malaysian payments fintech company ATX. In December 2021, Novatti Group announced the appointment of Abigail Cheadle as a non-executive director of the Company and Chair of the Company’s Audit and Risk Committee. Ms Cheadle is a Chartered Accountant with 30 years of experience working across Asia, Europe, the Middle East, and Australia. During this time, she led professional services practices for several leading firms, including EY, Deloitte, and KordaMentha, focusing on corporate strategy and risk management.

The Company’s current trading price is $0.25, with a market cap of around AUD$89.56 million. In fiscal 2021, the Company reported a massive increase in revenue. The Company’s revenue was about $18.43 million, gaining more than 55% from the revenue in fiscal 2020. 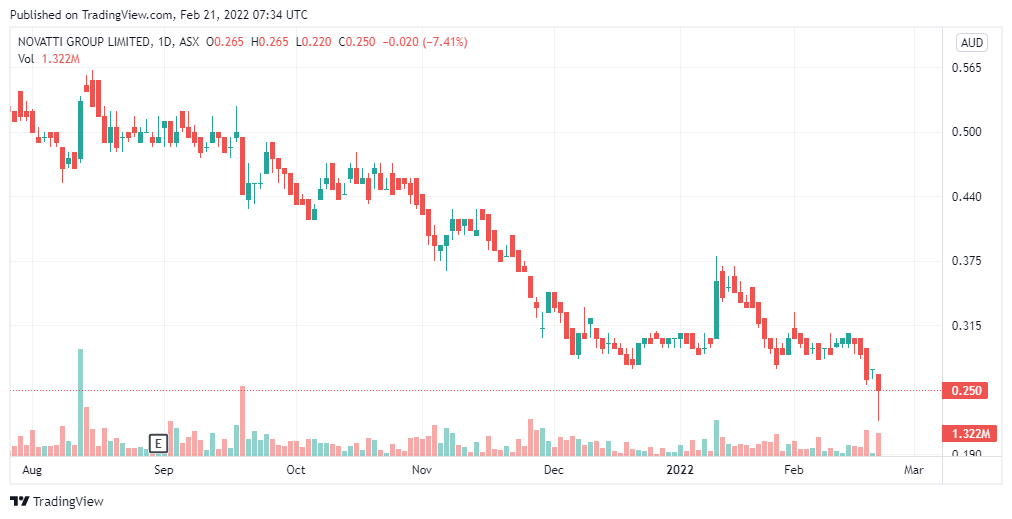