Over the past few weeks, the ongoing crisis in Ukraine may have had the greatest impact on the markets, influencing everything from equities and bonds to commodities and even the cryptocurrency market. For the time being, the US Federal Reserve’s rate-hike concerns appear to have faded.

Even before Russia invaded Ukraine, the price of many commodities, including nickel, rose. However, this year’s first month brought renewed optimism about an economic recovery thanks to the slowing of the pandemic and stronger than expected gains for US jobs. This could have led to an increase in industrial metals’ demand, triggering a price increase. In addition, supply chain constraints and inventory pressures existed. Things appear to be in a completely different place right now.

Nickel’s situation is identical to that of aluminium. Aluminium and nickel are two of Russia’s main exports, and Russian exports are said to account for nearly 10% of the world’s nickel consumption. Electric vehicles are one of the fastest-growing industries globally, and nickel is essential in manufacturing. Elon Musk is the richest man on the planet for a reason.

Nickel prices may continue to rise due to a shortage in the market, which could worsen if geopolitical tensions continue to grow. Lately, nickel has surged to record levels, while aluminium, which had previously surged steeply, has lost some of its gains. On the other hand, prices may not be subject to much pressure in the near future. A whopping 66% increase in nickel price was observed on 8 March 2022. Prices, on the other hand, soared by nearly 111% to US$101,365 per tonne in earlier trading sessions, setting a new record. This was a record-breaking move for the metals industry. Nickel prices surged to more than US$100,000 a tonne, causing the London Metal Exchange to shut down.

The London Metal Exchange (LME) was rocked by one of its worst crises in decades when prices went into a tizzy and trading was halted. Concerns about the metal supply were raised by the most recent Western sanctions against Russia. Nickel supplies, for example, are expected to be disrupted on the international market for the foreseeable future.

As a result of solid demand and rapidly depleting inventories, the critical battery metal’s prices have soared even before the Russia-Ukraine spat. An additional factor driving up metals prices right now is Western allies’ threat to ban Russian oil imports, which has alarmed the metals market. According to Australia’s December Resources and Energy Quarterly Report, the country has more than a quarter of the world’s nickel resources. More than 200,000 metric tonnes of nickel are produced annually by nickel miners in Australia.

Nickel prices have soared, resulting in a sharp rise in mining stocks on the ASX. Bottom line: The end of the current conflict, followed by the relaxation of Western sanctions against Russia, could calm the commodities market. However, if the current state of affairs persists, supply-side concerns may cause commodity prices to rise even higher.

Nickel Mines is a publicly-traded Australian company established in 2007 and is now emerging as a significant nickel pig producer with low costs. The mining company announced in an announcement dated 9 February 2022 that it had received applications totalling approximately AU$57 million for the capital raise. Nickel Mines hoped to raise about AU$18 million using the Share Purchase Plan.

NIC’s share price has fallen by over 25% following an announcement by the company’s largest shareholder; trading was halted. As a result of the full-blown LME nickel squeeze, Tsing Shang Group stated that it would not sell any Nickel Mines stock. Record nickel prices amidst the Russia-Ukraine conflict pushed the Nickel Mines stock to its highest point at AU$1.77 per share on ASX previously, following a record nickel price on commodity markets. 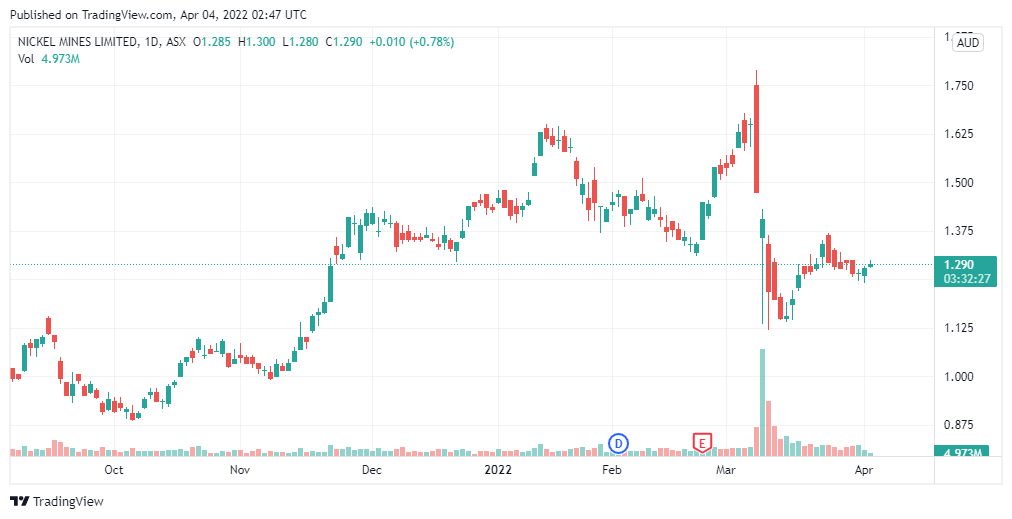 Before the mine was put into care and maintenance in 2016, Panoramic successfully commissioned and operated the Project. The mine was reopened in 2018 following the discovery of the Savannah North orebody, but operations were temporarily halted in 2020 due to the discovery. Panoramic has done an updated Mine Plan for Savannah, and it shows that there is a good chance that a nickel sulphide mine could be restarted in the near future. Panoramic’s Board of Directors approved the restart of Savannah North in April 2021, with a goal of first concentrate shipment by the end of the year after completing additional underground capital development and ancillary works.

The first shipment of nickel-copper-cobalt was completed in late December 2021 and delivered to Jinchuan Group International Resources for a payment of AU$20.4 million. February 2022 marks the date for the second shipment. 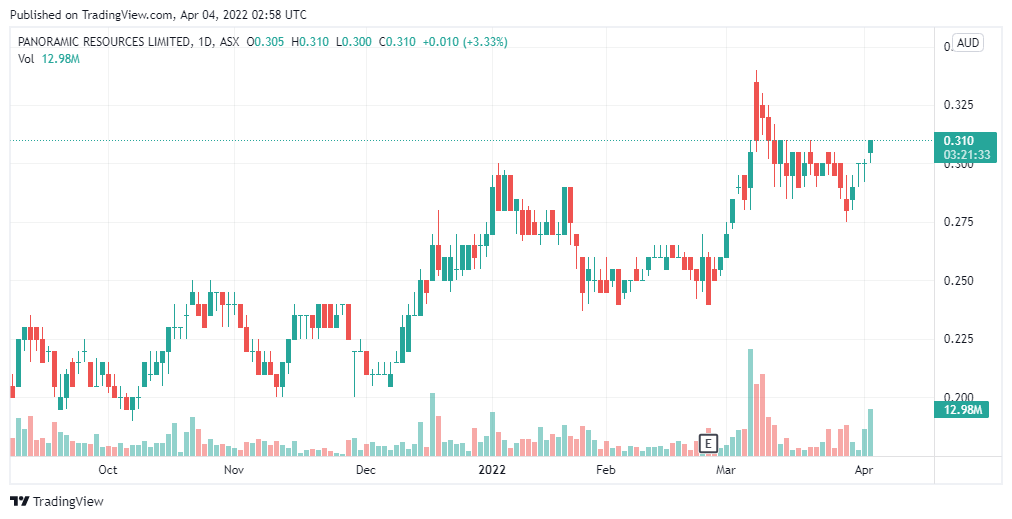 16.2kt of nickel was produced at a cash cost of A$4.23/lb nickel from WSA’s Forrestania Nickel Operation in Western Australia in FY21. The Cosmic Boy concentrator, which has a nameplate capacity of 550ktpa of ore and can process up to 550ktpa, made the nickel.

The Odysseus Development Project, which is part of the Cosmos Nickel Operation, is WSA’s second operational hub. It is a long-life, low-cost nickel mine with a more than ten-year mine life strategically located between BHP Nickel West’s Leinster and Mt. Keith mines, making it a good place for WSA to work. Beginning in FY23, nickel concentrate will be produced from the first ore mined from Odysseus.

IGO is a leading Australian nickel-mining company; they are negotiating to acquire Western Areas (ASX: WSA) for AU$3.36 per share, or AU$1.1 billion. 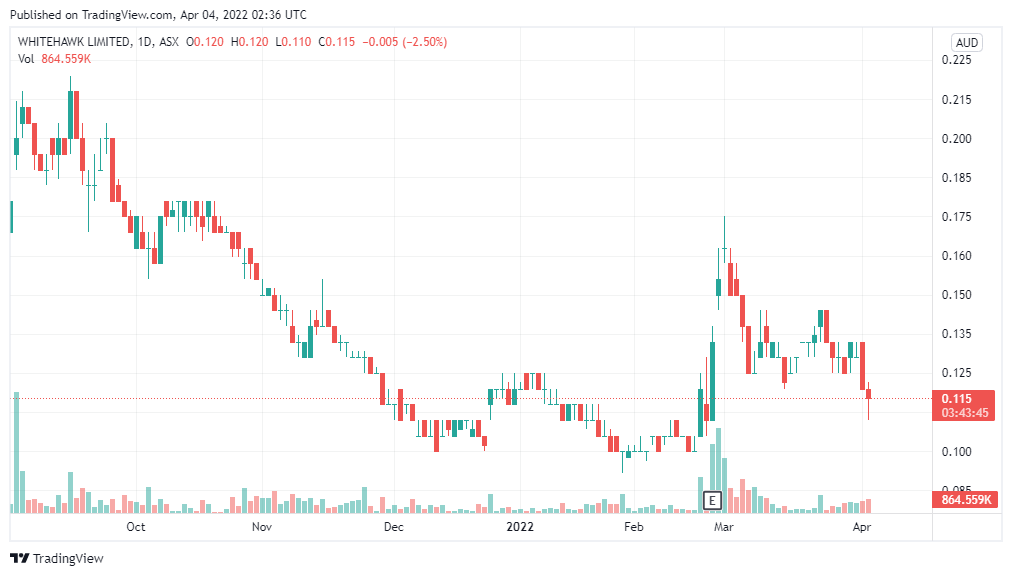