Lithium is a key component in our transition to a reduced carbon future. Australian lithium companies have seen their share prices rise dramatically in recent years as the world rushes to embrace decarbonisation. The electric vehicle market is becoming more and more competitive as more and more vehicle manufacturers join the race. According to research by the International Energy Agency (IEA), it is predicted that the worldwide EV market will expand from 11 million cars in 2020 to 145 million in 2030.

Electric vehicles are becoming increasingly popular, and as a result, the stock market value of any company engaged in the mining or processing of lithium is expected to soar.

Lithium prices are skyrocketing due to the current imbalance between supply and demand. Firstly, there is a minimal quantity of lithium being manufactured. Most of the world’s supply comes from countries like Chile and Australia. The second issue is that we are now unable to produce enough lithium to fulfil the needs of the electric car market. EVs and battery storage are expected to account for 83% of total lithium demand by 2030, up from 30% now. Tesla and other electric car manufacturers are setting records with sales of electric automobiles. Other electric vehicle manufacturers are moving into the market to share this expanding market.

Starting in January, a kilogramme of lithium cost around $40. By the end of 2022, some economists predict that the price might reach as high as $50 per kilogram. The mining industry has been resurgent. At the moment, it is being referred to as white gold. The truth is that a lot of these new ventures might be hazardous to invest in, especially in the early stages. However, if done correctly, investments in certain firms may be very lucrative.

Core Lithium is engaged in discovering and exploring mineral deposits in Northern Territory and South Australia. The company was founded in 2010.

Core Lithium will provide Tesla with 110 kt of spodumene concentrate for the next four years, the raw material from which lithium is derived. In the second half of 2023, the company plans to supply the metal. Core Lithium has also provided an update on its Finniss Lithium Project in the vicinity of Darwin. Results from nine deep diamond drill holes have been obtained from the Core Lithium Carlton deposit following the completion of the drilling. These holes were drilled to the south and down dip to see if the pegmatite and mineralisation were still present at the bottom of the mine. Spodumene-bearing pegmatite mineralisation was found in eight of the nine holes. Management believes that the pegmatite intervals of the Carlton lithium mineralisation are improving in grade, consistency, and width with increasing depth.

CXO shares trade at $1.00 with a trading volume of around 27.65 million. The market cap of the company is approximately 1.69 billion AUD. The stock has given a return of nearly 330% in the past year. The Core Lithium share price is up nearly 58% year-to-date. 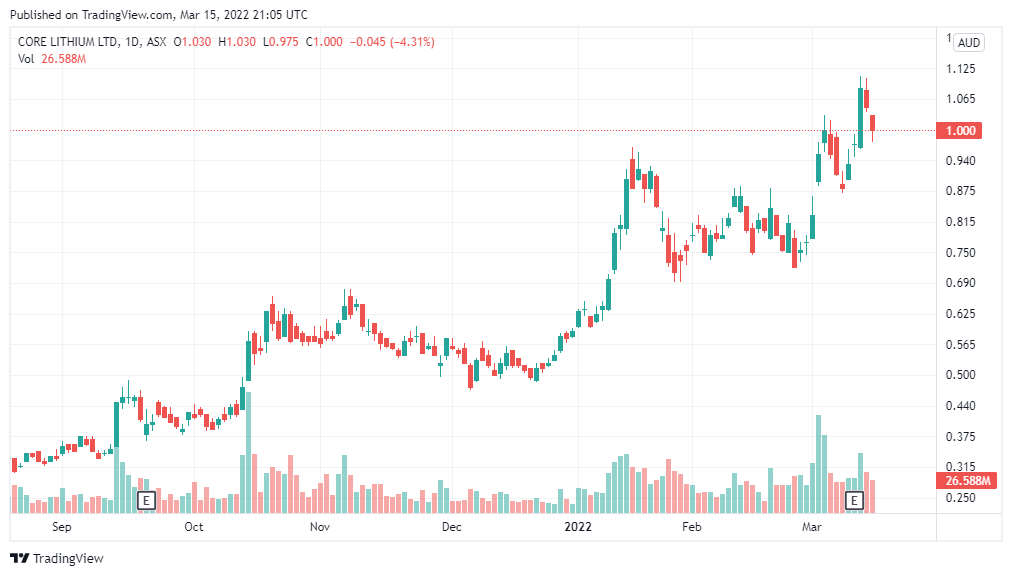 Pilbara Minerals is an Australian lithium and tantalite mining company. Its primary project is the Pilgangoora Operation, situated in West Perth, Western Australia. The company was founded in January 2005.

Pilbara Minerals reported record sales revenue of AU$291.7 million in the first six months of the company’s fiscal year 2022 while also generating an after-tax statutory profit of AU$114 million. Pilbara shipped a total of 170,228 dry metric tonnes during this period. Lithium prices have risen dramatically in recent months, with current rates estimated to be eight times higher than they were a year ago due to limited supply and a demand explosion fueled by the electric vehicle revolution. According to the company, the result reflects a sustained improvement in lithium market conditions over the period, which has maintained its strong momentum into the current half-year. Pilbara also announced that its chief executive officer, Ken Brinsden, would be stepping down by the end of the calendar year.

PLS trades at $2.57 and has a trading volume of 23.64 million shares. The current market cap of the company is approximately 8.28 billion AUD. The stock has given an attractive return of over 134% in the past year. However, the stock is down over 26% year-to-date. 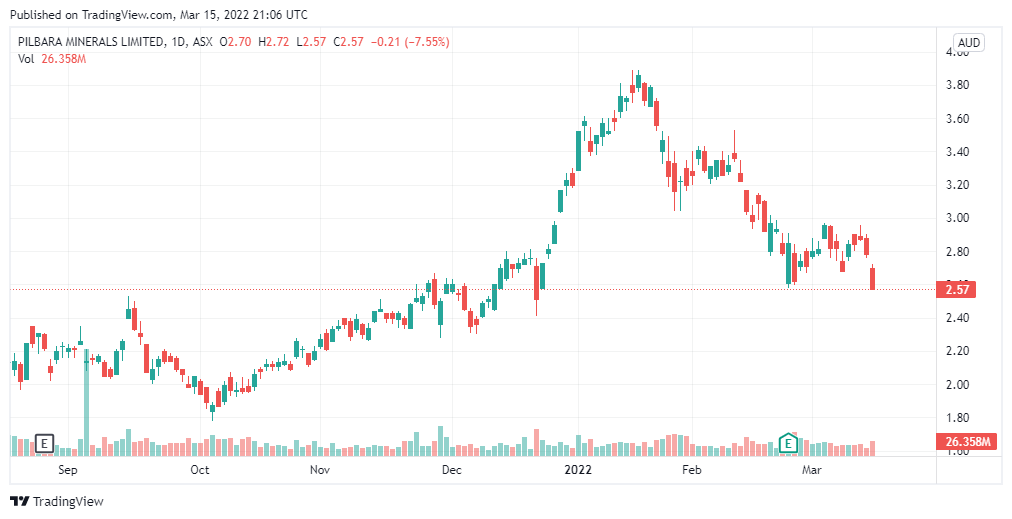 Allkem is a mineral exploration and production firm focused on developing lithium and potash deposits in Argentina. In August of last year, Galaxy Resources and Orocobre merged to establish this new firm.

The company reported AU$84 million in revenue from lithium sales from its Mt Cattlin mine in Western Australia during the fourth quarter of 2021. The figure is much higher than the March and June quarters of the previous year. According to the firm, sales of 5,915 tonnes of lithium carbonate produced income for Olaroz, representing a 143% increase in revenue over the previous equivalent period, mainly attributable to higher average lithium carbonate prices in the market.

AKE trades at $9.50 and has a trading volume of around 4.06 million. The stock has returned more than 94% in the last year. On the other hand, the stock has lost about 15% in value year-to-date. 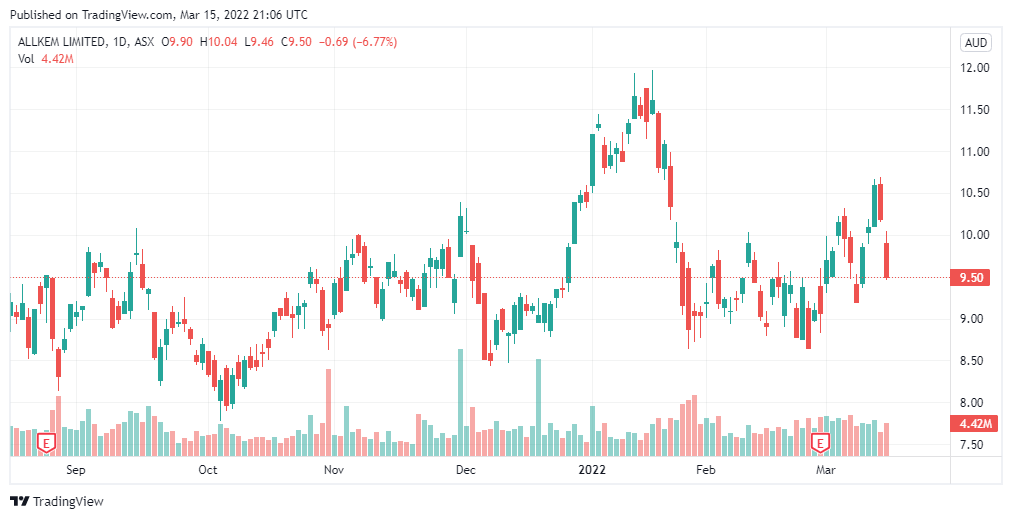