The value of precious metals has skyrocketed recently. Gold, silver, and platinum prices have risen by more than 8% in the last month alone. Demand for safe-haven assets has increased due to geopolitical and economic uncertainty from the Russia-Ukraine crisis. On the 7th of March, gold prices breached the $2,000 mark per ounce for the first time since August 2020. Rallying to an 18-month high as the tensions between Russia and its western allies increased after the invasion of Ukraine.

Platinum has also hit a new high, surpassing the previous mark set in July of 2021. The escalating conflict between Russia and Ukraine has pushed the platinum market to the brink of collapse. In addition, Western sanctions are harming Russia’s commodity interests and driving up prices. Platinum is a major export from the country’s nautical. As a result of the escalating sanctions, Russia may have difficulty selling its products worldwide. While tensions between Russia and the West have increased, so has the demand for precious metals, which are seen as a haven in times of uncertainty. Worries about inflation have been exacerbated by rising prices for crude oil and other commodities.

Evolution Mining Ltd. (ASX: EVN) is an Australian gold mining company that is amongst the leading companies in the industry and is globally relevant and operates at a low cost. The company was established in 2011 and had its headquarters in the Australian state of New South Wales.

Activities to bring the operational teams together and eliminate duplication are progressing smoothly. The Kundana properties were acquired from Northern Star Resources Limited on the 18th of August, 2021, with effect on the 1st of August, 2021. It was completed in October, and the first ore processing campaign for East Kundana (Evolution’s 51 percent shareholding) was completed in late August.

Evolution mining entered into a deal to buy 100% of Ernest Henry Mining Pty Ltd.’s shares for A$1 billion. The Group announced complete ownership of Ernest Henry. This is a large-scale, long-life copper-gold mine located 38km northeast of Cloncurry, Queensland. Increased copper production immediately lowers the Group’s All-in Sustaining Costs, making Evolution one of the world’s lowest-cost gold producers. Glencore received the first payment of A$800 million on the 6th of January, 2022, with the remaining A$200 million due on the 6th of January, 2023. The deal was financed in part by a new $200 million US Private Placement that matured on the 15th of February, 2022.

The company is moving forward with its goal to deliver value to its shareholders. EVN stock values at $4.43 have no change compared to the previous closing price. The average trading volume is approximately 6.13 million, and the company’s current market cap is 8.06 billion AUD. 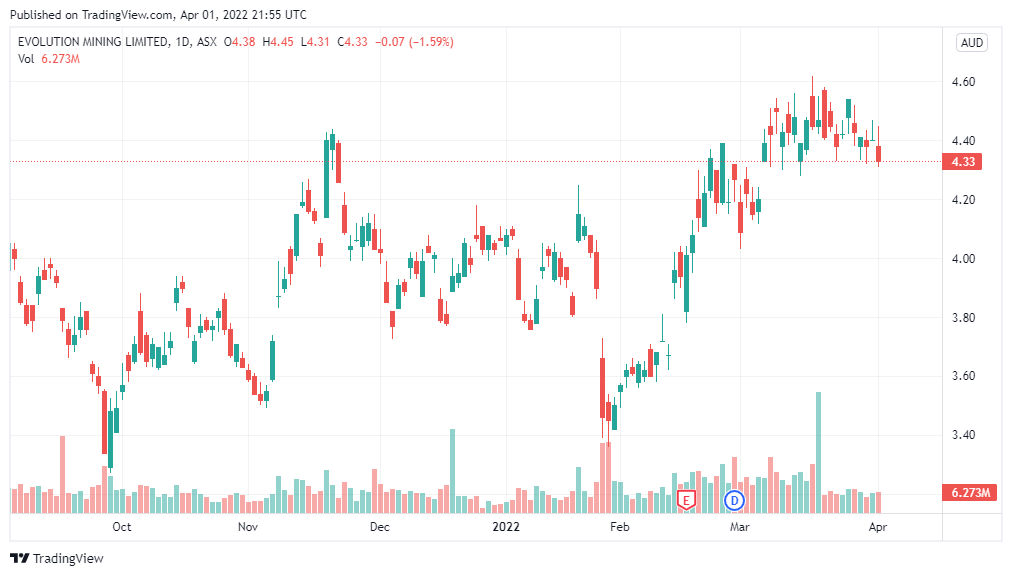 Northern Star Resources Limited (ASX: NST), based in Perth, Western Australia, is one of the world’s top gold producers. The company has top-notch operations in Australia and North America. Operational efficiency, exploration success, and active portfolio management aim to produce superior returns to stockholders and long-term benefits to all stakeholders.

KCGM relies on the 110MW Parkeston Power Station and its accompanying infrastructure for power. Parkeston also supplies energy to Kalgoorlie via the South-West Interconnected System. In the past, the facility has reliably produced power. The deal closed on the 1st of December, 2021. The US$25M option fee was removed from the ultimate acquisition price, leaving US$70M payable. The acquisition will bring a significant increase in revenue and market share.

NST stock price is $10.80 gained more than 17% in the last six months. Its revenue and NPAT saw an increase of 63% and 43%, respectively. The current market of the company is around 12.23 billion AUD. 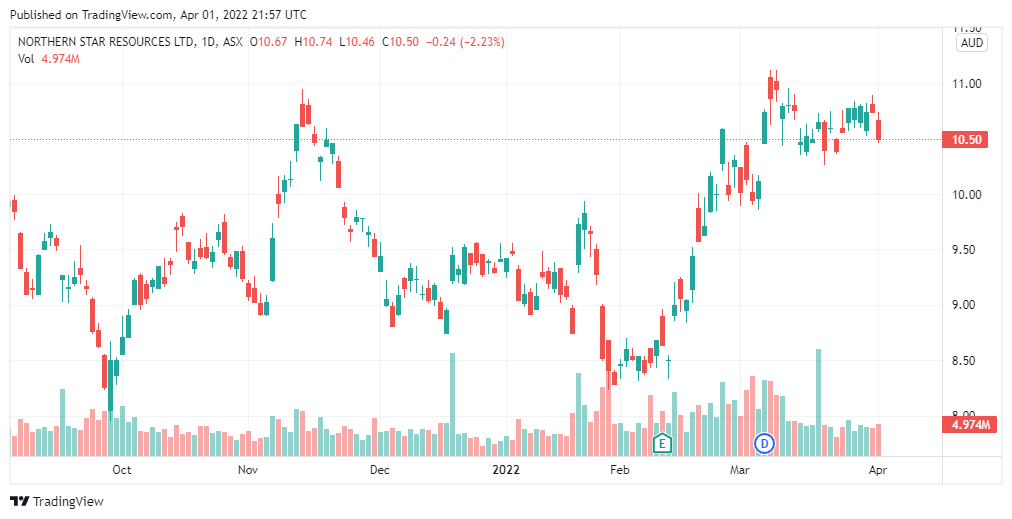 Newcrest Mining Ltd. (ASX: NCM) is amongst the leading gold and gold-copper concentrate exploration, mining, development, and selling companies. The company was founded in 1921 and is headquartered in Melbourne, Victoria, Australia. NCM is the largest gold miner in Australia, and it also has a presence beyond Australia.

The merger of Newcrest and Pretium will establish the largest gold producer in British Columbia’s Tier 1 jurisdiction, running the Brucejack and Red Chris mines. Adding a massive, long-lived, and low-cost mine to Newcrest’s Tier 1 asset portfolio is expected to enhance Newcrest’s annual gold production to far above 2 million ounces. Pretium Resources is a precious metals exploration and development company based in the United States. The firm owns Brucejack in the lucrative Golden Triangle region of British Columbia. As one of the world’s highest-grade working gold mines, Brucejack began commercial production in 2017.

Newcrest Mining recently reduced its interim dividend by 50% to US$0.075 per share after the firm revealed a dramatic decline in its 2022 half-year profits. During the first six months of FY22, the miner recorded a 46 per cent drop in net profit to US$298 million. Due to lower gold and copper production volumes and greater operating costs, the net profit dropped.

The acquisition appears to be a win-win for Newcrest since it would expand its operations in this promising part of British Columbia. Newcrest and Pretium are expected to merge to form the dominant gold miner in British Columbia’s Golden Triangle, including the Brucejack and Red Chris mines.

NCM’s stock price is $26.93, with an average trading volume of approximately 3.66 million shares. The current market of the company is around 24.05 billion AUD. 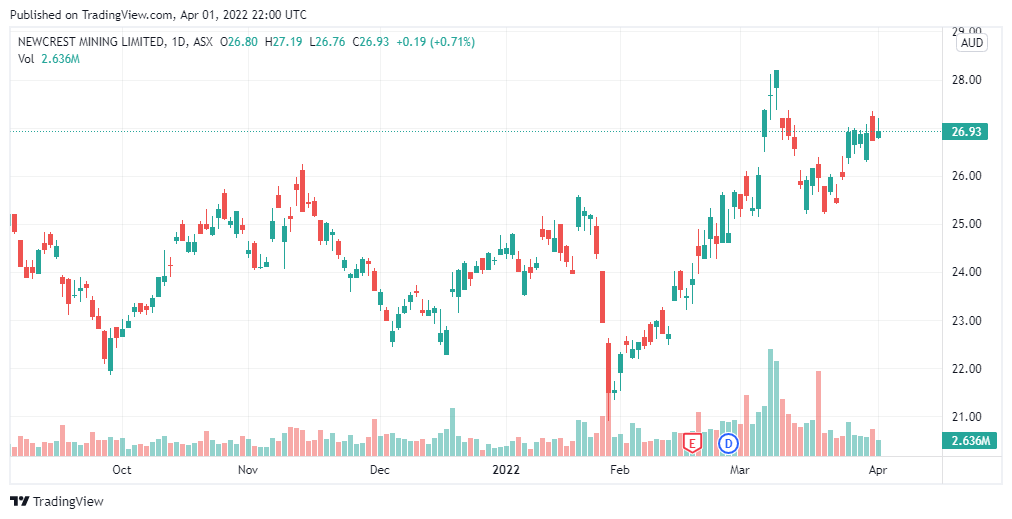