To create additional value for its shareholders, the company is making significant progress in exploring its tenements and pursuing further acquisitions that complement its current emphasis.

AUN shares are shining on ASX and gained 50% after the company announced positive results of its drilling at the Central Sandstone Gold Project.

AUN shares are trading at $0.14 and have gained around 50% in a single day after the announcement of positive results. The current market cap of the company is approximately 14.81 Million AUD. 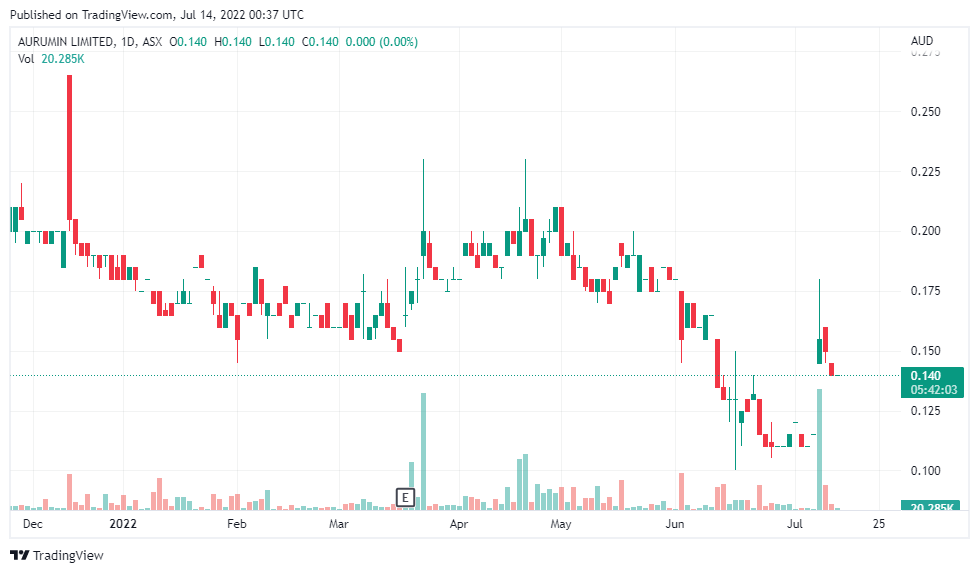 The first hole was drilled as a pre-collar to a depth of 109.5m, and AUN used the diamond drilling tail to expand the hole to a depth of 582.5m. Tonalite intrusion was documented for 313 metres, with multiple evident gold deposits identified. After the main tonalite body was drilled, a mineralized basalt and tonalite hanging wall zone were also discovered.

The test findings indicated 344m @ 1.29g/t. Typically, grades exceeding 5g/t are considered high grades. However, there were some high-grade highlights at 16.1m @ 2.9g/t, but note that this was a large intersection.

According to Aurumin’s Managing Director Brad Valiukas, the company is pleased with the development of Sandstone. Discoveries are being made, and the 500koz Au Two Mile Hill underground deposit is being advanced with deep drills as they increase its tenement footprint.

From its first shot at Two Mile, they have got a fantastic score. After completing the 4th diamond drill hole and programme, they are eager to see what the future holds.

This subsurface deposit is still a significant portion of the project and has the potential to support future production.

Aurumin intends to extend the exploration process. At Two Mile Hill, drilling is being done to expand and better define the current inferred underground Mineral Resource Estimate (MRE) of 14.2Mt @ 1.1g/t Au for 500koz Au. It seems like the company will be able to achieve significant findings as they acquired their exploration license a few weeks ago.