Atomos Ltd (ASX: AMS) is an Australian video technology company engaged in video equipment production and sales. The company has produced and sold camera add-ons for beginner Instagrammers and pro-level photographers. The company is based in Melbourne, Australia, and has offices in the US, UK, China, Japan, and Germany. Its products are available across the world.

Atomos aims to achieve long-term growth and development objectives. The company seeks to expand into different social and entertainment segments while keeping a solid position in the professional market segment.

The company announced its unaudited results for fiscal 2022, and the results are outstanding. As a result, AMS shares are moving upward in the market and have gained more than 42% in a single day.

AMS is trading at $0.32 and has gained more than 42% since the results were announced on 5 July 2022. The current market cap of the company is approximately 70.76 Million AUD. 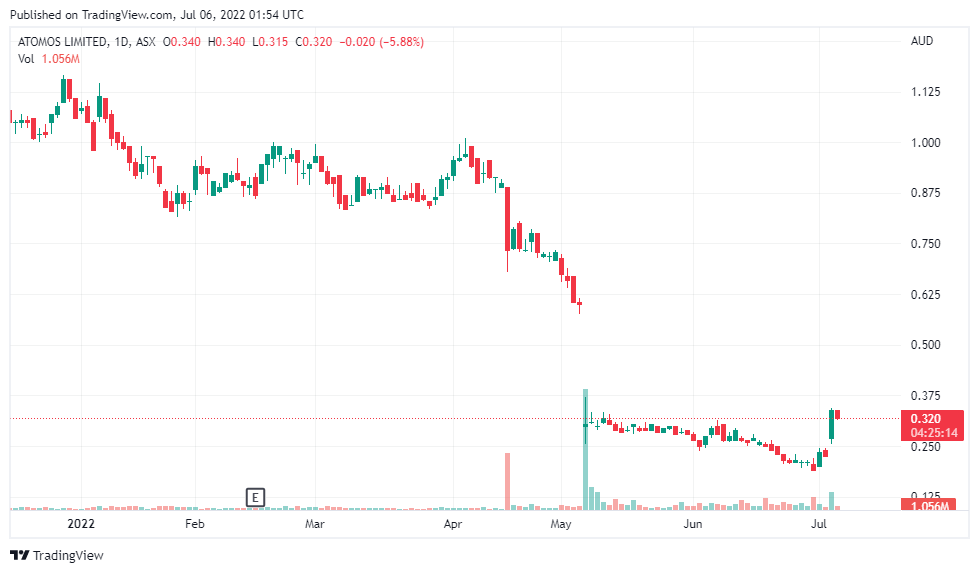 AMS: Reason for the Increase in Q4 Sales

In Q3, the company announced that they are trying a new marketing approach to increase its revenue. As a result, the company’s sales in Q3 dropped by 80% but reached $37+ million in Q4.

One reason was, of course, the new marketing strategy, but the other reason was shifting its products to the cloud in the latter period of FY22.

The company announced Atomos Connect, Shogun Connect, and Zato Connect in Q4 2022. These are the first of the company’s new series devices and will further support the strong moment going into FY23.

In addition, Frame.io, a provider of video review and collaboration tools, has joined forces with Atomos. Without the traditional delays of waiting for camera cards to ingest, hard drives to arrive, or even stopping the camera, Atmos cameras can upload clips straight to Frame.io.

The CEO of Atomos, Trevor Elbourne, remarked that it was gratifying to see another year of record sales. It is a tribute to the whole team that we achieved this increase despite the obstacles we experienced during the year, including supply chain issues, disruptions to tried and tested marketing techniques, and leadership changes. With our new cloud-enabled product pipeline, we are confident that FY23 will be an excellent year for the company.

Even though Atomos has delivered incredible results, it is too early to judge the company’s performance. The reason is that the results are unaudited, and the full FY22 results will be published in August 2022. However, investors have shown positive feedback. The Q4 performance and overall results of implementing the new marketing strategy seem lucrative, but it would be wise to wait until the audited results of FY22 in August 2022.