Australian Uranium stocks jumped on the ASX, and Investors are showing interest in the ASX uranium sector. The US has announced that they will increase Uranium supplies. As a result, uranium stock on the different financial markets, including ASX, soared in the intraday trading session on Wednesday.

The current disturbance on the geopolitical map is fueling inflation, and the western block is improving its commodity strategy. Previously, they faced disruption in the oil and gas global supply chain because of cutting ties with Russia. A couple of months ago, Russia invaded Ukraine, and since then, to oppose Russia’s oppression of Ukraine, the western block was formed against Russia. Gradually, more and more countries supported the movement, and as a result majority of the countries cancelled their trade with Russia in solidarity with Ukraine and the Ukrainian people.

This compelled the world to change its strategy to overcome the disruption in the energy supply chain and fight against the higher inflation rate.

But now a new development has happed as the Whitehouse has announced on Wednesday that they want to increase the local production of Uranium.

Why did the Whitehouse decide to increase domestic production of Uranium?

The main reason for the increase in local production is that the Biden Administration doesn’t want to rely on Russian uranium imports. They are pushing lawmakers to approve a plan that values around US$4.3 billion to boost domestic uranium production in the US.

Although it would not be easy to boost the domestic uranium production at once. If the uranium imports from Russia are stopped, it would seriously impact the nuclear reactors. The Biden administration argued that immediate approval of funds is needed to increase the capability and other steps required to convert Uranium into nuclear reactor fuel.

What does it mean for other countries?

People would think that the US would be a significant beneficiary of the decision, but the situation is quite the opposite. The US has just one commercial uranium enrichment plant remaining, in New Mexico, controlled by British-German-Dutch nuclear fuel company Urenco Ltd. This might make it challenging to scale up American uranium enrichment.

Similarly, the ASX had also seen an enormous surge in the uranium stocks when the markets closed on Wednesday. Peninsula Energy Ltd (ASX: PEN) and Paladin Energy Ltd (ASX: PDN) saw a significant increase in their share prices.

PEN opened at $0.18 and closed at $0.21 with a 13.5% increase in the intraday trading session on Wednesday. PEN is an ASX listed company and owns the Lance Uranium Projects in the Wyoming, United States of America. It is currently transitioning from an alkaline to a low pH in-situ recovery operation. The company aims to produce industry-leading uranium to achieve cost-effective products and higher operating performance. The current market cap of the company is around 203.9 Million AUD. 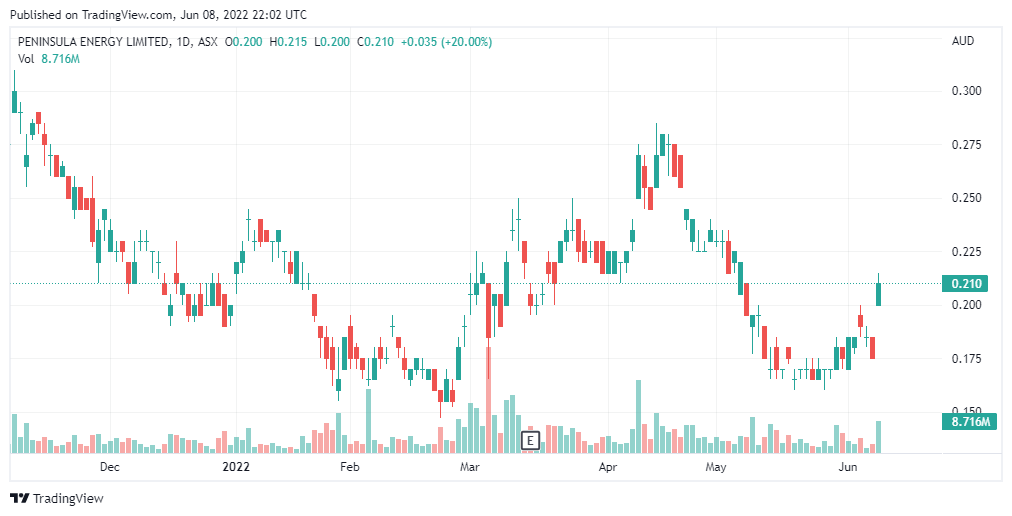 On the other hand, PDN opened at $0.71 and closed at $0.80 in the intraday trading session on Wednesday. Uranium production firm Paladin Energy Ltd is listed on the Australian Securities Exchange (ASX) and is headquartered in Western Australia. The Langer Heinrich mine in Namibia is the only one of its mines in Africa that is presently operational. It also owns some deposits in Western Australia. PDN stock has gained around 48% in the previous year and has a market cap of approximately 2.73 Billion AUD. 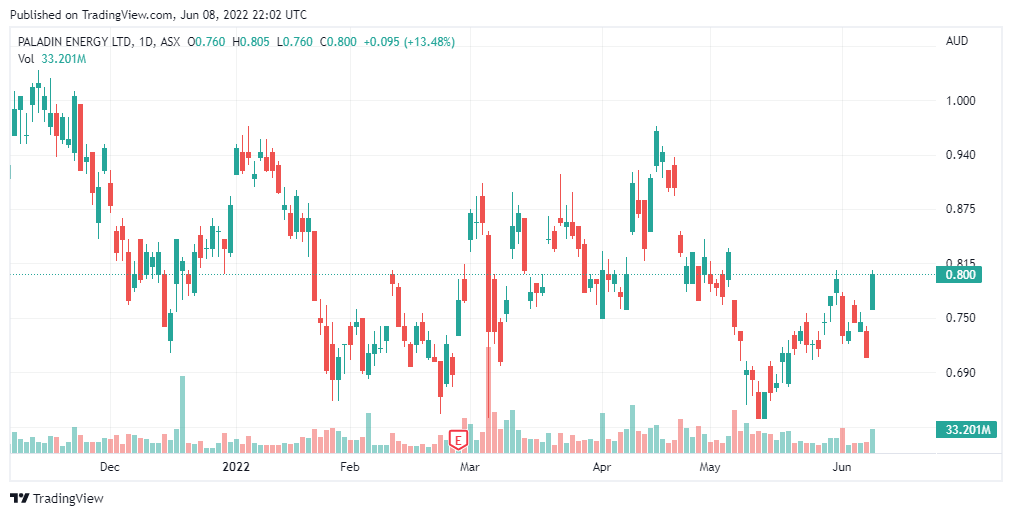