SO4 is close to generating cashflows and they seem to be very sustainable. We recommend members to "Buy" as they have few more projects in its pipeline.

Salt Lake Potash Limited (ASX: SO4) is a mineral exploration company that is in the business of producing Sulphate of Potash (SOP). Salt Lake Potash produces premium grade organic Sulphate of Potash (SOP) in WA – with a vision of becoming the world’s most sustainable and rewarding fertiliser producer. They own 11 salt lakes in Western Australia that roughly cover 5000 sq. km. SO4 is still in its very early stages and is yet to generate revenues from any of its SOP projects and as a result. However, it is relatively less volatile. It has a 5-year beta of 0.54. The reason why S04 is relatively less volatile compared to other early-stage mining firms is because of the low variance in the SOP commodity price. 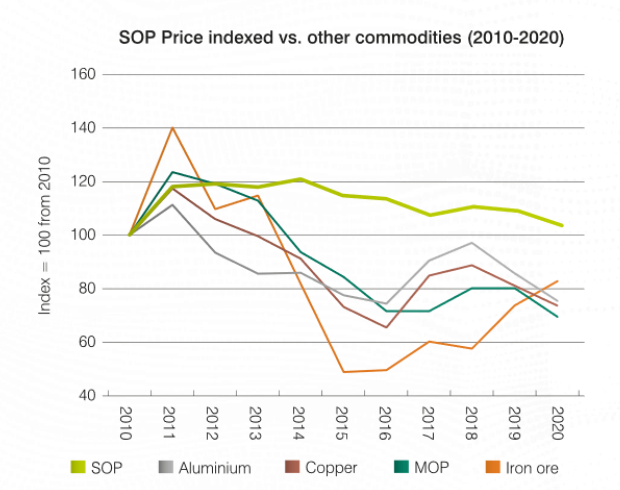 The above clearly illustrates how stable the price for SO4 has been. Since these prices determine the sustainability of earnings margins, the same usually reflects on the stock price in the long-term.

This is the first project that SO4 is working on to enter the market for SOP and it is currently being developed. The first SOP production is set to begin in March 2021 and first sales is expected to be made in April 2021. Since our earlier report, the financials of the project have remained unchanged.

The capital budget allocated by the firm stands at $264 million and it is 77% complete. SO4 finds itself in a market for a premium product and they are a low-cost global producer. The C1 cost estimate for the firm is estimated to be $302 per tonne and the Lake Way Project is estimated to produce 245kpta.

Given the low-cost production and a relatively higher grade of SOP that is being produced by the firm, SO4 is confident of being able to sell its product for a 10% premium. The market demand is growing – mainly driven by USA and China. SO4 has also managed to have already entered into binding agreements for 224kpta of its first-year production – this translates to a 92% offtake. The offtakes that have been secured are coming in from all over the world – North America, South America, Europe, Africa, and Asia. This significantly de-risks the investment as even in its very early stage, SO4 has been able to diversify and is not heavily reliant on a particular market.

The stock was put on a trading halt awaiting an announcement for an equity raise. This resulted in the stock price collapsing when trading officially resumed. Markets usually react badly to trading halts because it comes with increased uncertainty. An equity raise means shareholders and investors will be diluted further. The double whammy here resulted in the stock price plunging and it currently trades at $0.40 per share, following a dip of over 20% in the past week. 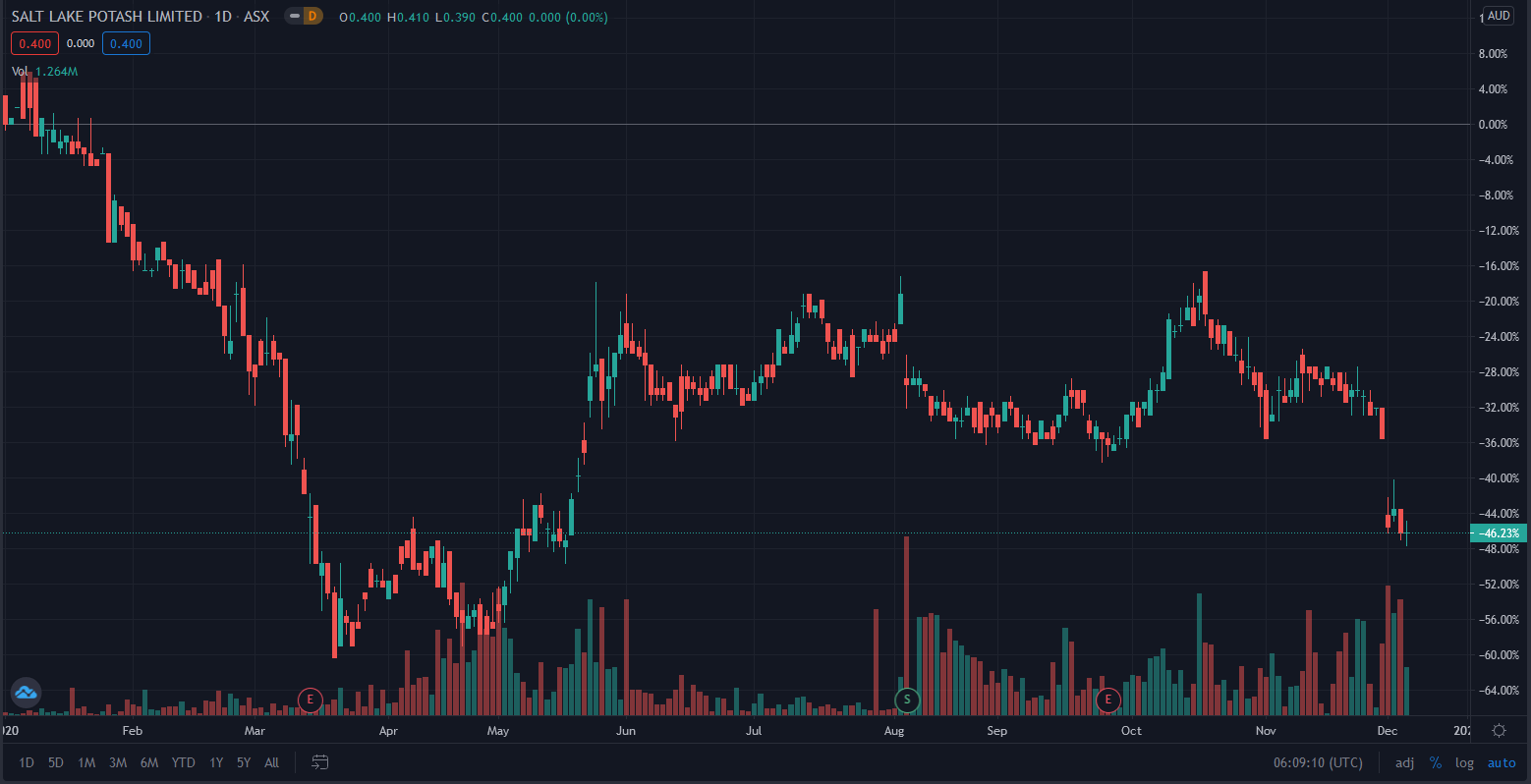 The equity fundraise by SO4 is for a sum of $57 million priced at 40 cents a share. $52 million is coming via a private placement offering and the firm has also announced a $5 million non-underwritten share purchase plan. The funds are being used to finance the below activities:

Salt Lake Potash is expected to generate revenue from the second half of 2021, that is, FY2022 onwards. The stability in the price of SOP is estimated to drive up earnings margins for SO4. From the Lake Way project, the margins are estimated to be around 60% from the first year of revenue recognition. 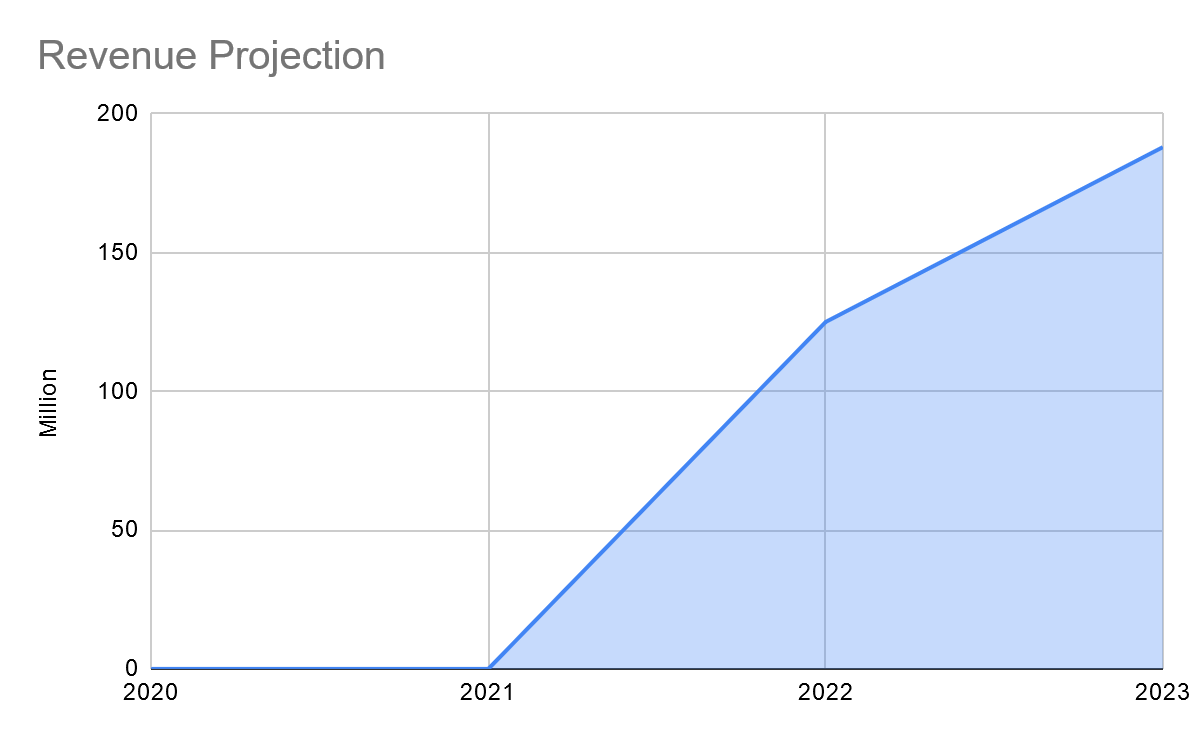 The SOP market is expected to grow by 5% – 10% CAGR. While this is not by any means a high growth sector, the positive for SO4 is that its revenues will be sustainable. The offtake agreements that it has entered into are medium term agreement with terms such as 3 years and 5 years. In order to accommodate the demand for SO4 and premium irrigation products, SO4 would have to invest and add more projects to increase production capacity.

This is where the anticipation of lies for SO4. They have a multi-lake expansion opportunity, and the firm has confirmed that they have a resource definition and trade off study that is being conducted to determine the next lake that should be developed. Mid 2021 is expected when we will learn about this opportunity. Until a further opportunity arises, the economics for SO4’s project is as follows:

These figures are based on the feasibility study that was conducted by SO4 in 2019 and they assume the selling price for the firm’s SOP to be US$550 per tonne. The financials of the firm have remained unchanged since our initial coverage of SO4 and members can view our initial report by clicking here.

SO4 is very close to generating revenues and these revenues are sustainable. The historical price for SOP indicates that there are no headwinds when it comes to profitability. The low-cost production capabilities of SO4 will increase its margins over time as economies of scale will add tailwinds. The current project is also projected to pay for itself within 4 years and it looks like there will be other lake projects in the pipeline. We recommend members to “Buy” for the long-term.