A consistent performer with financial stability that is investing for growth when gold prices are soring. We issue a "Buy" recommendation.

Regis Resources Limited (RRL) is a Perth based gold production and exploration company that operates in Western Australia and New South Wales via 2 projects – Duketon, and McPhillamys.
Duketon Goldfield consists of 3 operational mines, while McPhillamys Gold Project was acquired from Newmont Exploration and Alkane Resources in 2012.

RRL is led by a very capable and experienced management team and board of directors that have delivered good consistent financial performances.

RRL has a total of 7.7Moz of Gold in resources and 3.6Moz of Gold in reserves with production guidance of 355,000oz Gold at A$1230 – $1300/oz for FY2021. The firm is among the lowest cost Gold producers in the world and is in a very strong financial position with significant growth in earnings.

With high guidance set by RRL, the company expects to have a stellar year in FY2021 as gold prices soar due to economic uncertainty while acting as a safe haven. The company has put aside A$60m as growth capital that includes pre-production costs and expansion costs. Exploration has been allocated a guidance of A$35m.

The share price has recovered quickly from the crash in March as gold acted as a safe haven commodity as it does during times of uncertainty. The stock has rallied and even set the 52-week high in July. The volatility that can be seen however is expected as investor moods and momentum swings are present in the markets since March. The rise in stock price was further backed up with a strong financial performance for FY2020 by RRL.

Gold prices are soaring, and hence, companies that rely on gold are doing well. The longer Covid19 affects the world, the higher the demand for Gold. While gold prices are high, gold mining companies reduce their hedging positions, this has occurred at RRL as well. Out-of-the-money hedge deliveries would have increased for these firms, resulting in higher profitability outlook for FY2021.

The above chart tracks the spot price of gold in USD. The similarity in the charts between the commodity and RRL share price is high – indicating just how much Gold prices matter to the firm and to the investors turning to safe haven commodities and stocks during uncertainty.

The demand for Gold is expected to sustain early into the next year as more developed economies around the world are affected by the pandemic and enter periods of economic recessions.

Commodity prices move due to supply and demand, and hence the volatility and speculative nature associated with them. Since we do not indulge in speculation, we will analyse RRL’s past performance, financial health, and outlook fundamentally and determine our recommendation based on how the stock is currently priced relative to its intrinsic value.

RRL delivered net profit after tax of A$200 million in FY2020. This was a 22% increase from the previous year, which had seen a bit of a slump due to rise in operating expenses. EBITDA reported was A$394 million with a high but stable margin of 52%, as the industry is associated with high margins as long as gold prices do not drop. The 53% margin, however, did see an increase from 48% in FY2019. 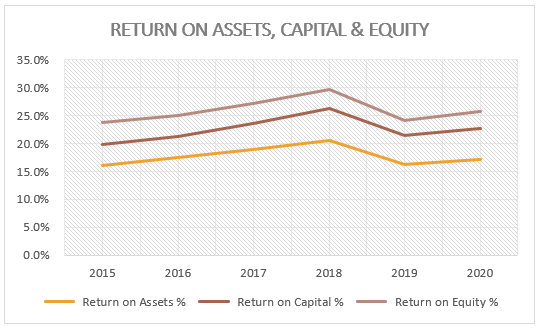 The above chart tracks the return on assets, capital, and equity over the past 6 years. The high level of correlation among them indicate the consistent performances the firm and its management has been able to deliver to its shareholders. All their assets have performed as expected is the conclusion that can be drawn here since return on equity has increased when additional capital is deployed to acquire more assets and increase operational quantities.

The cash position of RRL is the highest in the past 6 years. Currently sitting at A$193 million. In the short-term, the firm has enough cash to pay off any short-term liabilities it has. It is a similar picture on the long-term as well, with total assets being 3.6x times higher than its total liabilities – indicating that the default risk associated with RRL is extremely low. The financial health of RRL is therefore a position of strength as well, just as its past performance is. To further add strength to its health, RRL is financed by equity to the extent of 95.7% in its capital structure, while debt makes up 4.3% with A$37.9 million. 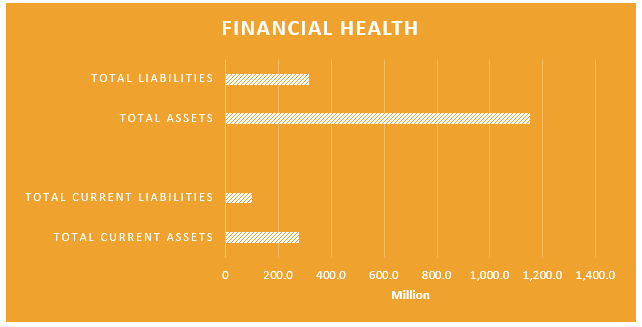 RRL pays dividends twice a year and has consistently paid out 16 cents for every share, with its most recent dividend yield being 2.86%. The below chart shows us the stability in dividend payouts irrespective of dip or surge in earnings per share in the recent past. The firm also maintains a growing rate of retained earnings every year with its focus on increasing operations and revenues. 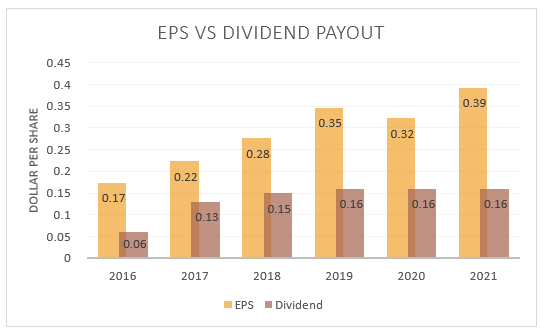 Solid past performance, financially healthy and stable, and positive forecast with clearly defined guidance outlooks focussed on growth by the management to take advantage of the surge in gold prices amid economic uncertainty. Investors can expect balanced earnings with relatively low risk. Hence, RRL is a “Buy” recommendation from us.