Paradigm has huge market potential to go along with its drug. The product development process has been smooth and it has enough cash runway for further development. A "buy" from us.

Paradigm Biopharmaceuticals Limited (ASX: PAR) is a Melbourne based biopharmaceutical company that is looking to repurpose pentosan polysulphate sodium (PPS) to treat inflammation illnesses such as Osteoarthritis (OA), heart failure and respiratory diseases such as asthma and hay fever.

Drug repurposing is the process of redeveloping an existing drug for a different use. The process of redevelopment attracts investors because it derisks the firm performing the process. Since the drug has previously developed, it becomes cost effective and often takes less time to repurpose. Another benefit is the reduced number of hurdles the firm repurposing the drug faces – of course this is very subjective and depends on each case, however, surveys indicate a very high majority of companies report this advantage. The previously approved drugs would have already completed tests such as toxicology and clinical trials – giving the repurposer a lot more data to interpret successfully for their use case scenario.

The discovery and development of a drug is more or less a an eleven to eighteen-year process. Repurposing on the other hand is usually much shorter. Paradigm says it is about a three to eight-year process:

PPS is a semi-synthetic drug that is being repurposed by Paradigm. PPS is a remarkable drug with a lot of use cases. The drug has previously been examined by the FDA and the European Medicines Agency (EMA) for toxicology and safety studies of both animals and humans. Thus, it already has a safety profile and this is why Paradigm has an upper hand. Paradigm is now focussing on repurposing PPS for the anti-inflammatory and tissue regenerative properties it has.

Osteoarthritis, heart failure and asthma all have a few things in common – they are all caused due to inflammation and tissue damage. Paradigm is focussing on these areas of treatment with the repurposed PPS. The chemical part of PPS is not patented. However, its manufacturing is. Bene pharmaChem is the proprietary manufacturer of PPS and Paradigm works closely with the firm to source the material for the formulation of its Zilosul and Rhinosul products. The hype surrounding Zilosul and the entire Paradigm firm is because it is addressing a very specific need with its drug. The complexity of treating inflammatory illnesses has been a challenge and Zilosul is an injectable PPS. Sporting professionals for instance suffer from osteoarthritis in huge numbers and there is not any treatment out there that has been particularly effective. Hold that thought about sports players! We shall come back to it with a few interesting discoveries.

Paradigm holds patents for the use of PPS in major markets for the use of its drug in all the known areas of treatment. Both Zilosul and Rhinosul have been trademarked for its proprietary formulas.

Bene pharaChem is a German pharmaceutical company that has been manufacturing PPS for over 80 years now. The manufacturing experience has resulted in Bene refining the complex manufacturing process of the drug. The importance of Bene here is that they are the only FDA approved supplier of PPS and the agreement with Paradigm is probably the single most important milestone PAR has achieved in its quest.

The supply agreement between the two firms has been extended. The new agreement brings with it exclusive access to Bene’s PPS for 25 years. The agreement also brings territories that Paradigm can market the drug to.

The commercial partnership here is very positive news for Paradigm. The fact that Bene is the only approved supplier means that Paradigm has an upper hand with its exclusive access to PPS. There is no back door that any competitors will be able to access and challenge Paradigm.

As we mentioned earlier, PPS has a wide range of applications. For now, Paradigm is focussing on OA. Studies have indicated that PPS has shown that it can block the effects of cartilage degrading enzymes and may improve microcirculation in the subchondral bone in addition to the anti-inflammatory properties.

A lot of athletes suffer from OA. The drug now has been endorsed by several NFL players due to the pain reduction they have received from OA. The Western Ontario and McMaster Universities Osteoarthritis Index (WOMAC) is a widely used index to measure the conditions of patients that suffer from OA.

The recent results of 76 patients being treated with Phase 3 product Zilosul were consistent with prior reports. WOMAC recorded a mean reduction of 47.3% on the pain score. This is in contrast to approximately 15% reduction in pain observed with existing treatments. The different measuring metrics in the WOMAC index can be seen in the below picture. Paradigm is expected to further report on its Zilosul trials in Q4 of 2020.

Since the market crash in March, the stock has recovered quite well. But has been subject to a lot of volatility due to the binary nature of its product development. The firm has met its key milestones and is well positioned.

The firm is currently in Phase 3 – the late stage in drug development. The lead program is to treat Osteoarthritis (OA) which has 31 million people suffering from the disease in the USA.

Paradigm received positive feedback from the European Medicines Agency (EMA) during the recent Scientific Advice meeting for the Phase 3 clinical trials. This supports the development and commercialisation plans the firm has in Europe and is hence viewed as a regulatory milestone.

Paradigm reported $4.6 million of revenue in FY2020. The firm received interest of $997,000 and an R&D tax incentive of $3.6 million this year. However, total expenses for the firm was $16.9 million. R&D expense stood the highest at $12.7 million – this is a common theme for companies that are in the development stage of its product.

The total loss reported for the FY2020 was $12 million. The earnings per share stood at negative 6.12 cents. It is a money losing firm at this stage. The most important thing is if the firm has enough capital to take it through to its future milestones that are required for a successful fundraiser.

Paradigm has a little over $100 million in cash. The total debt the firm holds on the balance sheet is just $900,000. The financial health of the firm looks good. The low debt levels give early stage companies lots of flexibility to deal with unforeseen challenges thrown at them. 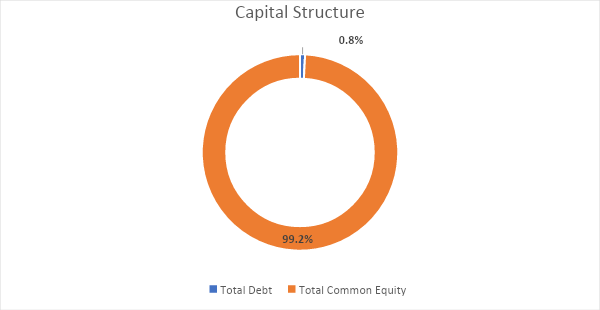 PAR does not have credit default risk. The challenges faced by the firm are mostly in the product development vertical at this moment in time. However, the strides made by the firm should give investors confidence in the success of the product.

The revenue forecasts are high for the firm if the drug is approved. A 10% market share in the USA results in US$ 9 billion of revenue per annum. Australia has 3 million people suffering from OA. The forecasts here are high as well. Paradigm estimates the firm to capture at least 20% of the market share in Australia – that translates into $1.5 billion per annum.

Paradigm’s product development looks to be going well. Paradigm has the following characteristics:

The market potential is huge since the firm does not have a competitor per se. Most of the risk faced by the firm comes from the validation and approval of its product by the authorities. We recommend investors with a risk appetite to “Buy”.