With a recovering diamond market and Lucapa starting the year positively, there is lots to come from its pipeline. We issue a "Speculative Buy"

Lucapa Diamond Company (ASX: LOM) is a niche diamond producer with high value mines in Angola (Lulo) and Lesotho (Mothae). The Lulo alluvial mine and Mothae kimberlite mine both produce large and high-value diamonds, with >75% of revenues generated from the recovery of +4.8 carat stones.

Lulo has produced 18 +100 carat diamonds to date and is one of the highest average US$ per carat alluvial diamond producers in the world. Lucapa and its Project Lulo partners have also received highly encouraging results from their search to discover the primary hard-rock source of the high-value Lulo alluvial diamonds. Lucapa has a 40% interest in Lulo.

The 1.1Mtpa Mothae kimberlite mine in diamond-rich Lesotho commenced commercial mining and processing operations in January 2019. It produced over 30,000 carats in its first year of production and four greater-than-100 carat diamonds to date. Lucapa has recently secured funding to commission a roughly 45% expansion in the processing capacity of the Mothae kimberlite mine from 1.1Mtpa to 1.6Mtpa which is scheduled for completion in Q1 2021. Lucapa has a 7-% interest in Moathe mine.

The diamond industry saw a return in consumption and demand during Q3 of 2020 as the world began recovering from the pandemic, and this momentum has continued into 2021.

Angola is the world’s sixth largest diamond producer by volumes. Their output in 2019 was 9.2 million carats. Lucapa continues to progress the kimberlite exploration program despite the challenges brought by the record wet season in the region and the disruption induced by the government’s measures to curve the COVID-19 spread. As of H1FY20, Lucapa has advanced its kimberlite exploration program and recovered 45 diamonds of up to 3.75 carats in individual size, Type IIa and D-colour diamonds. The company has achieved delineation drilling of 5 high-priority kimberlites.

The company recovered two +100 carat diamonds and 222 +4.8 carat diamonds from the Lulo mine and had discovered new higher-grade deposits in the MB06 Leziria areas. Through optimisation of its operational capabilities, Lucapa achieved reductions in per-unit operating costs before the impact of COVID-19.

Lucapa significantly improved its operational capacity at Mothae mine outperforming Q1-2019 throughput despite interruption during Q1-2020 due to COVID-19 lockdown measures. The company has recovered during that period 64-carat D-colour gem and 137 +4.8 carat diamonds.

In Q4-2020, the company issued about 182 million shares for A$ 5.5 cents per share to institutional and sophisticated investors. The placement also involves the issue of nearly 55 million unlisted options for A$ 8 cents per share, expiring two years from the date of issue. Lucapa is expanding its processing capacity at Mothae from 1.1 million tonnes annually to 1.6 million tonnes, a 45% improvement. This is expected to increase production, revenues and improve the company’s unit operating costs. The upgrade is estimated to cost A$ 8.5 million, which will be covered by the capital raise. 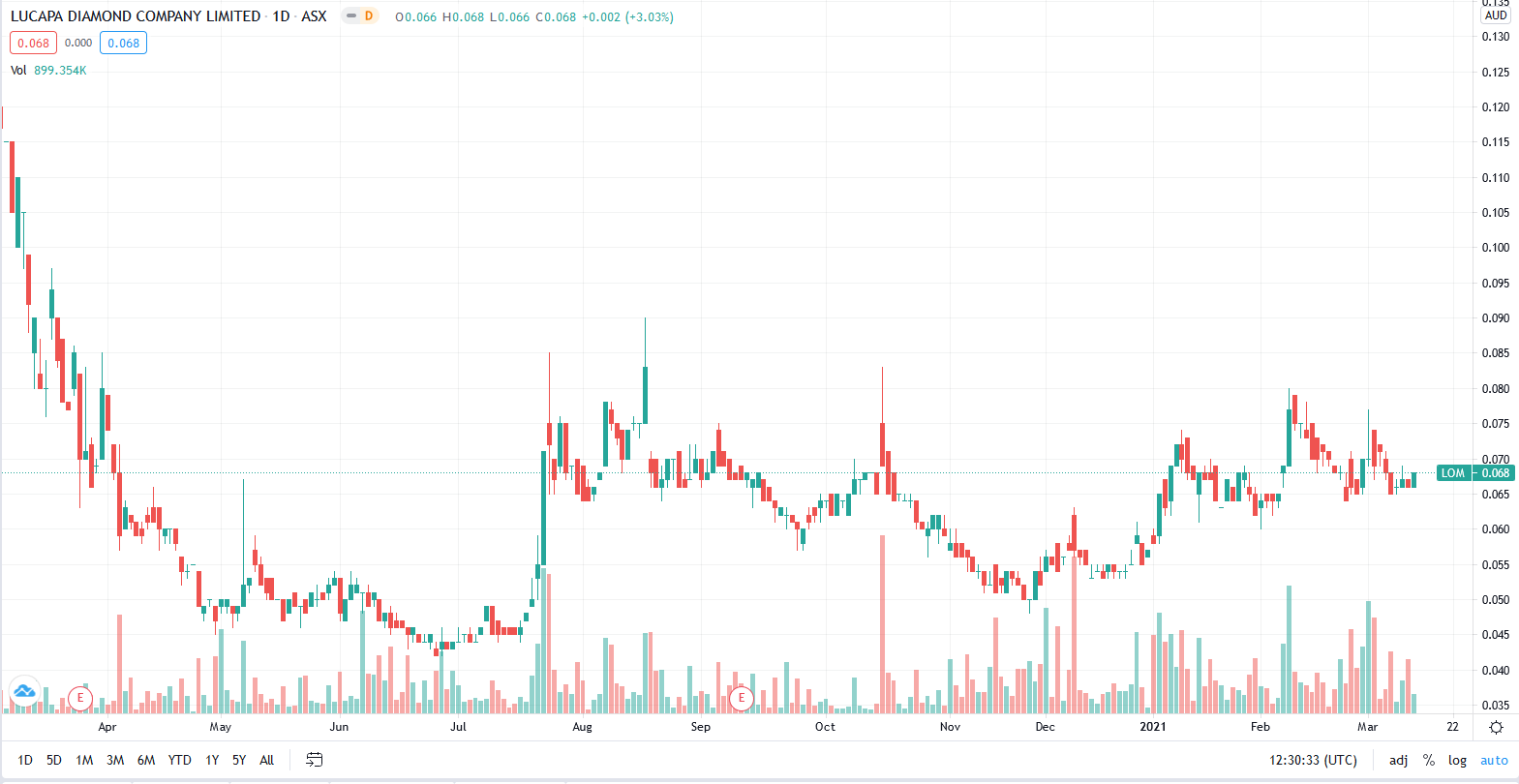 The consumption and strong demand that saw the diamond industry begin its recovery in Q3-2020 are expected to continue throughout FY21 favourably impacting both rough and polished diamond prices.

From the mining operations in Lulo, volumes processed of 65,438 bank cubic metres during the quarter were 5% ahead of the prior comparative period in 2019, however, the contribution of gravels from the higher-grade Leziria areas during the quarter resulted in the grade recovered of 9.9 carats per 100 cubic metres being 47% ahead of the comparative 2019 period. These factors contributed to carat recoveries of 6,447 carats during the quarter, up 55% year-over-year. Despite the impacts of the pandemic on operations during the year, the company at Lulo mine has delivered a new annual production record of 23,669 carats in 2020.

In Q4-2020, Lucapa and the Government of Lesotho approved a value accretive expansion of the processing plant from 1.1Mtpa to 1.6Mtpa. The expansion will allow the company to increase its annual throughput tonnes by 45% with revenue projected to generate an estimated A$ 87 million in net operating margin over 6 years post-completion. Civils works and fabrication of the components have already started since Q4-2020 and the project is expected to be completed by the end of Q1-2021.

The company at Lulo mine has completed one sale of 4,269 carats of Lulo diamonds during Q4-2020 for gross revenue of A$ 9 million achieving an average price per carat of A$ 2,100 per carat. The company did not conclude a sale in December 2020 and as such held a larger diamond inventory of 4,324 carats at the end of the quarter, including two +100 carat diamonds. Total sales year to date amounted to 20,397 carats for A$ 40.1 million which represents a new record for total Lulo carats sold in a year.

Mothae successfully negotiated and entered into a new diamond sales and purchase agreement with Safdico International, a leading diamond manufacturer. This agreement, which includes a minimum average cash flow value per carat to be received by Mothae for the first twelve months, also includes a cutting & polishing partnership arrangement. Under this “diamond sales and purchase agreement” Mothae is paid the full market value of the rough diamonds upfront by Safdico International and subsequently shares in an equal portion of all margins generated thereafter.

Lucapa and the Government of Lesotho finalised the new diamond sales and purchase agreement in Q4-2020. Mothae did not conclude any rough sales during Q4-2020 and as such held a large diamond inventory of 7,345 carats at the end of Q4-2020, comprising one +100 carat diamond. Total sales year to date, from two sales held earlier in 2020, amounted to 10,268 carats for A$ 6.4 million. At the end of Q4-2020, Lucapa sold a parcel of rough Mothae diamonds for a total of 4,676 carats, which amounted to A$ 7.2 million under the new marketing agreement and into the cutting & polishing partnership with Safdico International. The company has achieved the highest average dollar per carat price by Mothae on the sale of a run of mine production parcel.

FY19 saw a near record-high in rough diamond production followed by lower-than-expected demand for polished diamonds, causing a ripple effect through the supply chain. The weaker demand for polished diamonds was motivated by geopolitical and macroeconomic tension which lowered consumer confidence and thus demand. The industry has also been disrupted by an increase in e-commerce platforms which created efficiencies in the supply chain that decreased the need for inventory on hand.

Looking forward to FY21 and beyond, the diamond market remains positive despite short-term challenges. In volume terms, rough diamond supply growth is estimated to be negative 2% or 0% annually. Demand for mined rough diamonds may recover and marginally grow by +3% annually in the next 10-year through 2030. The recovery for the demand for diamonds requires continued GDP growth and the expansion of the middle class and the purchasing power in China and India.

For the six months ended 30 June 2020, Lucapa revenues decreased 28% to A$ 4.2 million. Net loss totalled A$12.7 million vs. income of A$ 1.1 million. Revenues reflect a decrease in demand for the Company’s products and services due to unfavourable market conditions. Net loss reflects foreign exchange (loss)/gain increase from A$ 737K (income) to A$ 6.5 million (expense), Fair Value Adjustments decrease from A$ 3.1 million (income) to A$ 760K (expense).

Lucapa reported a cash balance of A$ 5.4 million at the end of Q4-2020 and Mothae held 7,345 carats in diamond inventory. The company utilised its capital to fund A$ 5.2 million to Mothae to restart operations following the suspension due to the sanitary measures to curb the spread of COVID-19. and for the implementation of the 45% expansion program. Besides, SML held a cash balance of A$ 9.5 million with 4,324-carat diamonds in inventory at the end of Q4-2020. 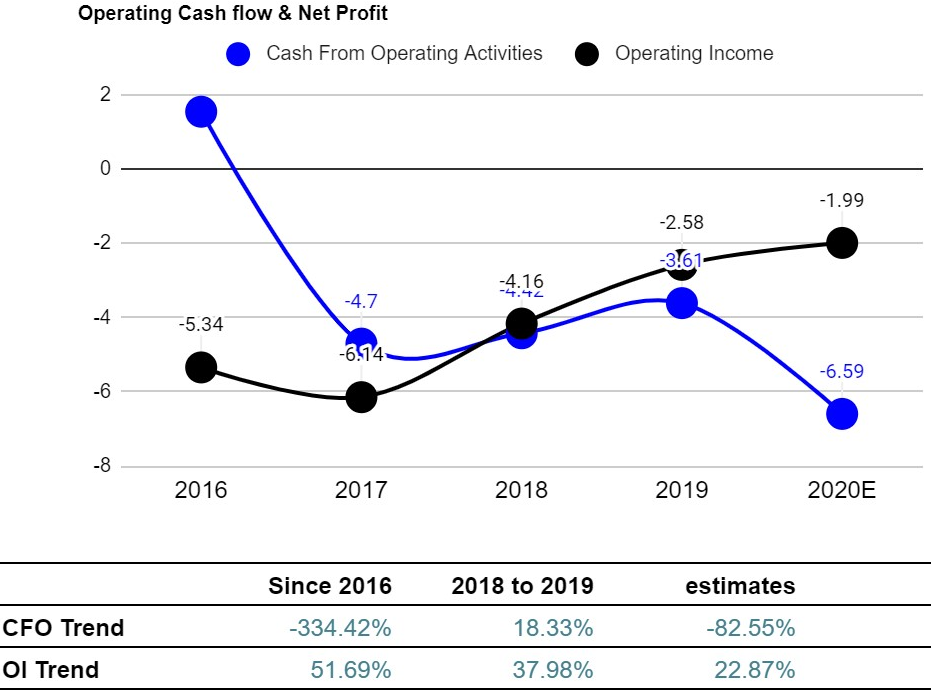 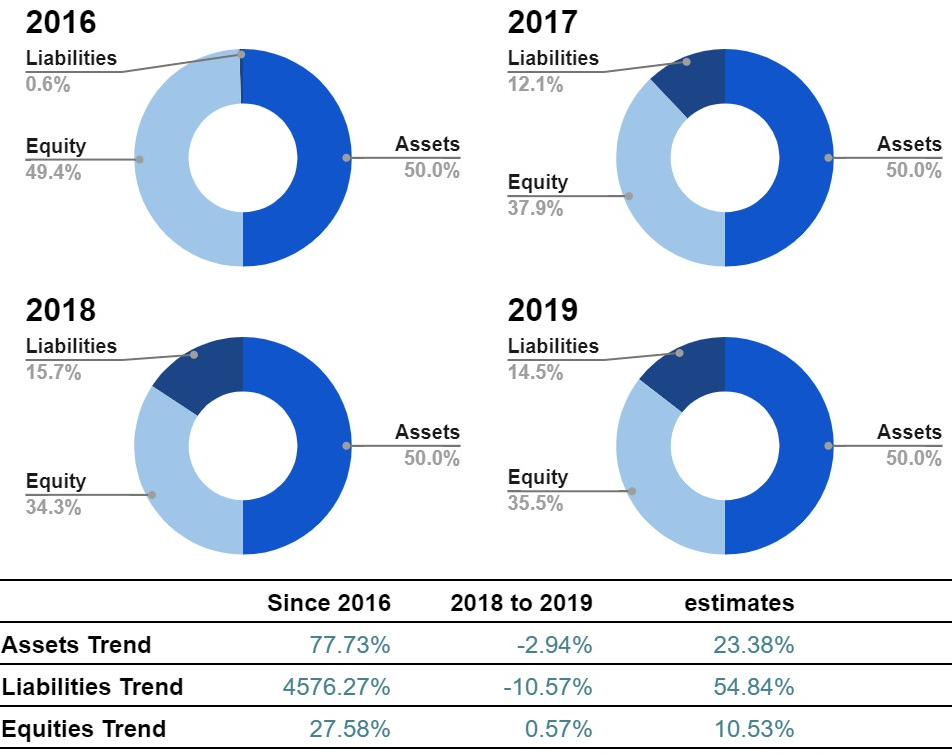 Lucapa is maintaining a conservative capital structure mix with total liabilities at 14.5% and equity at 35.5%. The structure has marginally changed over the past 3-year. Until Q4-2020, the company has not realised any sales with operating income remaining in the negative territory. However, operating income is improving year-over-year, up 51% since 2016 and up 38% year-over-year in FY19. 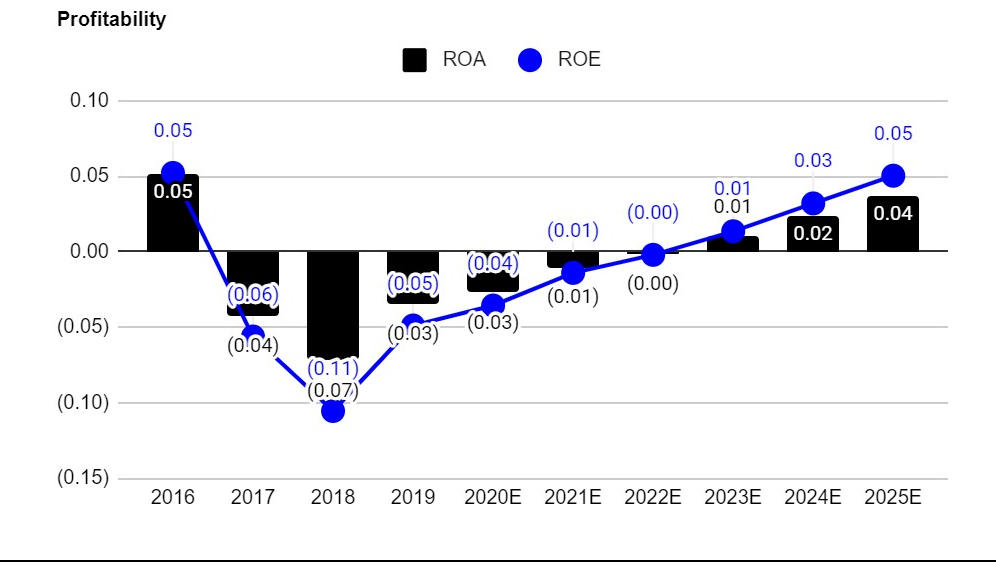 Looking at the company’s long-term profitability, we are projecting the Return on Asset (ROA) and Return on Equity (ROE) to reach the positive territory by 2022.

In 2021, Lucapa is off to a great start. They have sold their third +100 carat diamond at the time of this report. Combined, Lucapa has already generated $19.5 million from the sales during the current quarter. In February, Lucapa also announced that they have recovered a 215-carat diamond from the Mothae kimberlite mine. This is the largest Type Illa D-colour white diamond and the second +200-carat diamond that has been recovered at Mothae since the beginning of operations in 2019.

The diamond market is recovering since the depths we witnessed during the pandemic. The economies in China and India are improving and purchasing power is gradually returning. Lucapa is also off to a good start in 2021. We issue long-term investors a “Speculative Buy” recommendation.