EMN exhibits strong potential to be a key player in Europe and become a major producer of high-purity manganese required in the production of batteries. We recommend to "Watch".

Euro Manganese Inc. (ASX: EMN) is a Canada-based mineral resource company. EMN is focused on the evaluation and development of the Chvaletice Manganese Project, which entails re-processing a manganese deposit hosted in historic mine tailings, located in the Czech Republic. The Chvaletice Manganese Project is located 90 Km from Prague, in the Czech Republic, a tier-one jurisdiction with infrastructure, including rail, highway, natural gas and water, and adjacent to a power plant in the Czech national electrical grid. The Company aims its investments towards serving the lithium-ion battery industry, as well as producers of speciality steel and aluminium alloys. 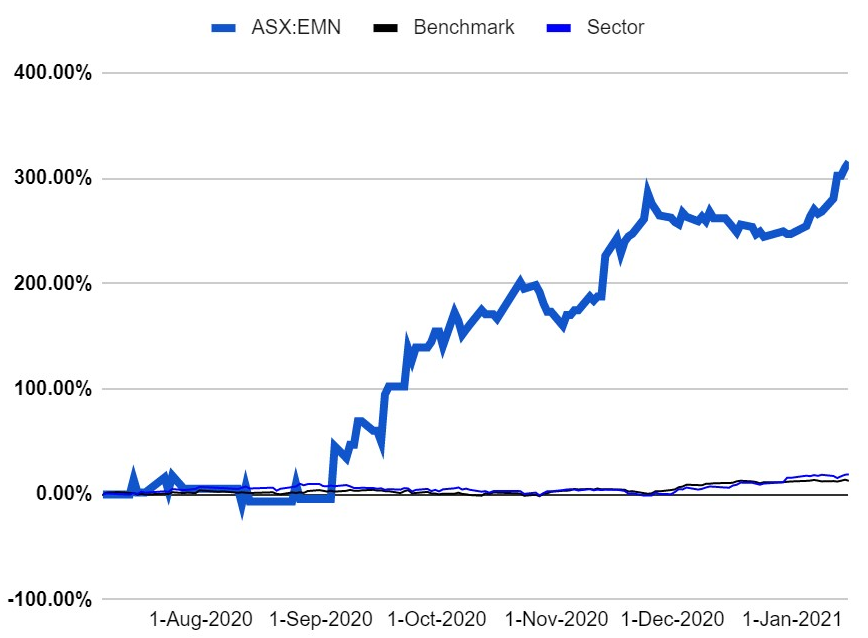 In Q4-2020, Euro Manganese announced the closing of its second tranche of the private placement offering. EMN tranche represents 1.2M common shares and 26M of CHESS Depositary Interest (CDI) for A$ 20 cents per share. We recognise an opportunity for the company to become the main producer of high-purity manganese products in Europe to compete against China which delivers up to 97% of the world’s manganese products. Manganese is a crucial raw material in the production of battery and components to produce electric vehicles (EV). Moreover, EMN sites are in Central Europe (Czech Republic) which is a strategic location for Electric Vehicles and battery production. 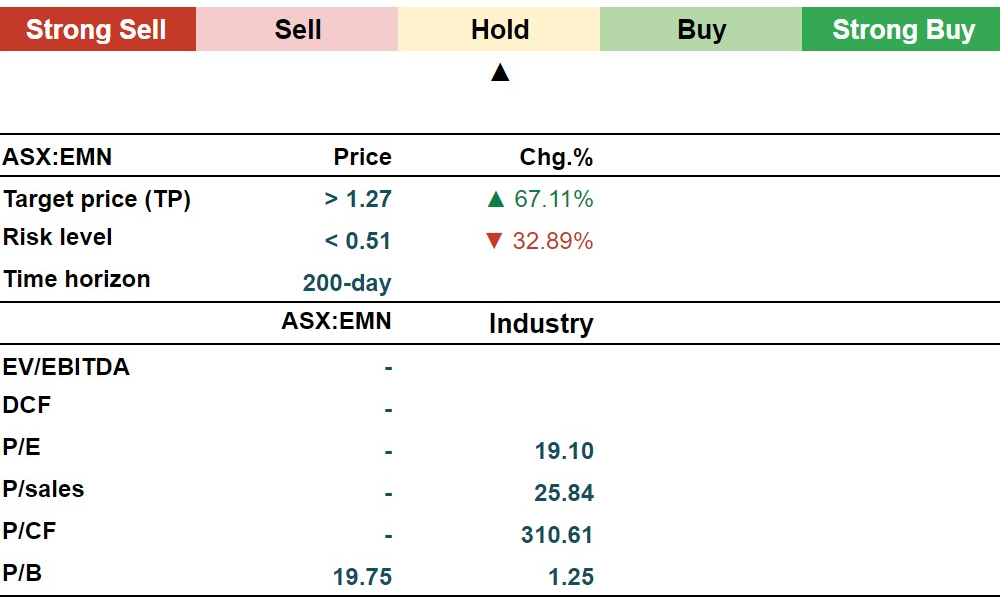 The company has reported that the raised capital will be allocated to the development of the Chvaletice Manganese Project. Chvaletice is currently the largest manganese deposit in Europe. On January 15, 2020, the company received its first round of clearance and environmental approvals. The entire process of approvals is expected to be completed by Q4-2021.

EMN has significantly advanced on its Chvaletice Manganese Project and we can see it reflected in the soar of EMN share prices recently. We think that EMN’s Chvaletice site will enable the company to become the main high-purity manganese producer in Europe. Furthermore, EMN focus on delivering products while making sure the project is best-in-class in environmental standards and regulations, an important criterion to become a key player in Europe. Currently, Europe is importing 100% of its high-purity manganese products. We believe that upon completion of the implementation of the Chvaletice Manganese Project, EMN will be able to cater to the growing demand from Europe.

Until 2018, China, Japan and South Korea represented nearly 90% of the world Lithium-ion battery cell production. The United States become the second world producer with Tesla ramping up production. Conversely, Europe is lagging, however not for so long. Currently, Europe accounts for about 12 EV factories and 9 battery factories in development. According to the CMP group (2019), batteries’ production in Europe is expected to surge by 2028 making the second world largest producer after China.

Euro Manganese may be exposed to risks arising from the company use of financial instruments to support and develop its business operations. We have recognised the following risk that can significantly impact on the performance of the company:

Euro Manganese is currently at early-stage development. The company do not own any properties with established reserves. Since the Initial Public Offering in 2018, the company has not generated any revenue, therefore the firm is not able to self-pay for its operations. We acknowledge that EMN will probably operate at loss for several years during the evaluation and implementation of the Chvaletice Manganese Project. Additional funding will be required for the working capital and will be utilised for evaluation and development work such as feasibility studies, environmental studies, permitting and the construction of infrastructure and facilities. 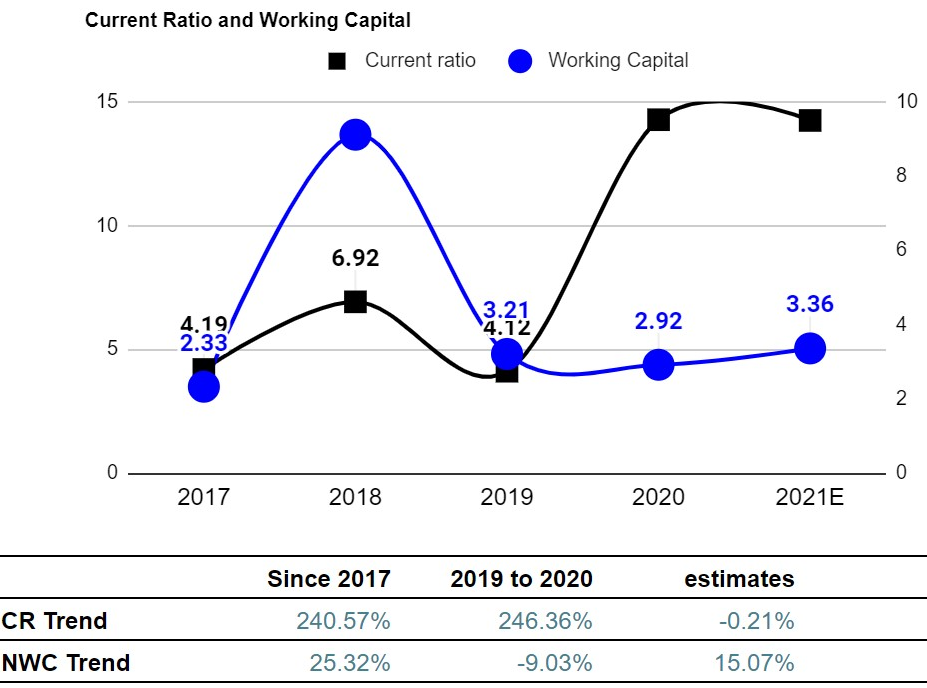 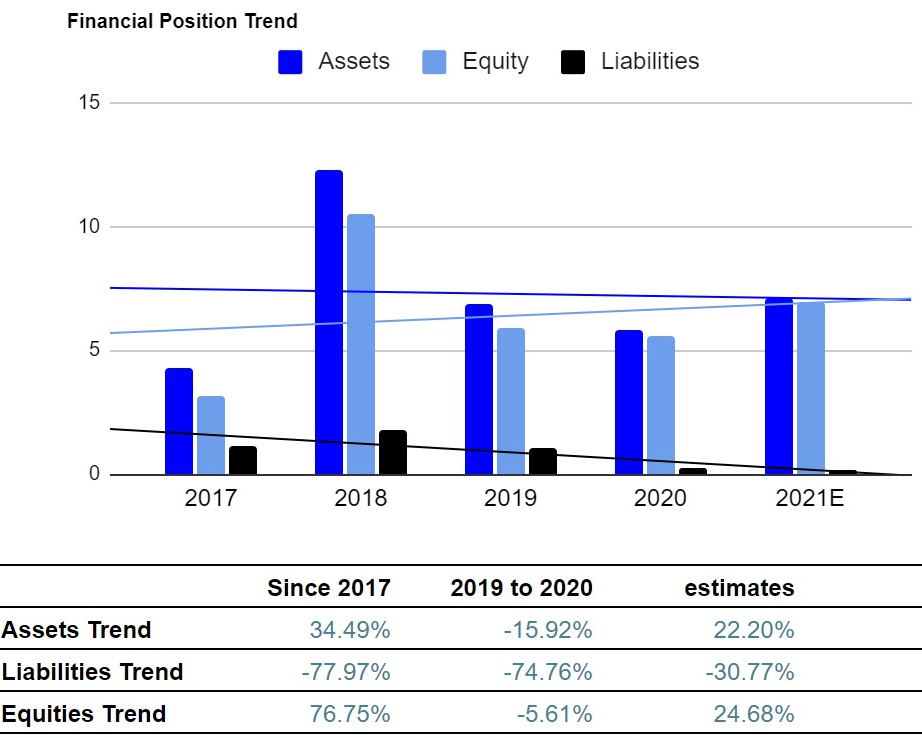 Euro Manganese reported a cash balance of C$ 2.73M (A$ 2.79M) at the end of FY2020.a decline by 33%. The company has no debt and its liabilities declined by -74% year-over-year. Since the IPO, the company has demonstrated its intention to finance its operation through equity instead of relying on debt instruments. 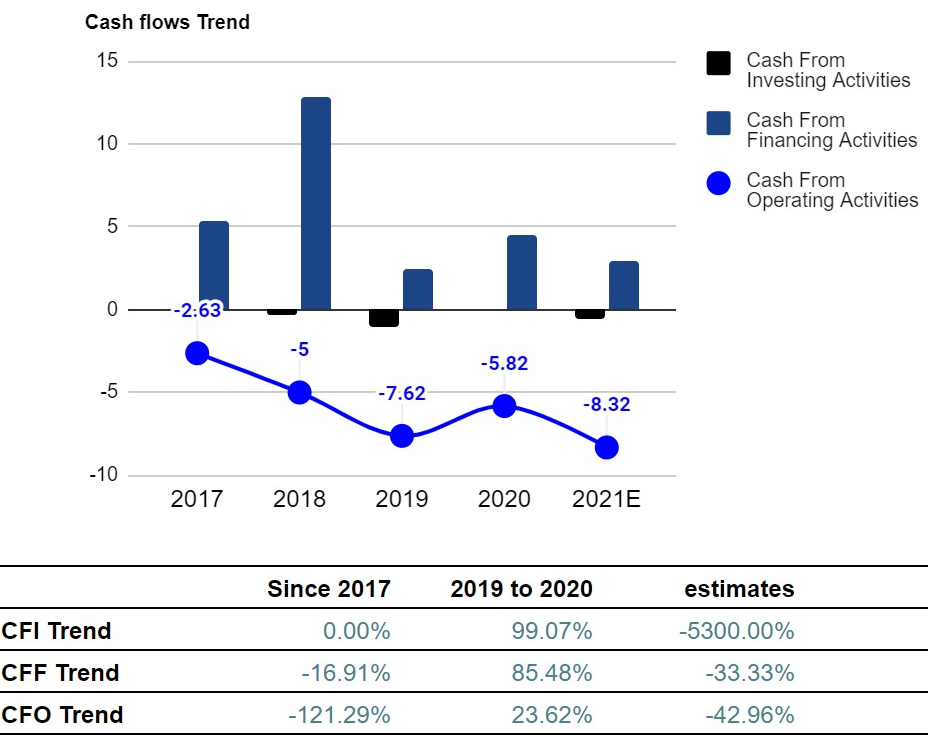 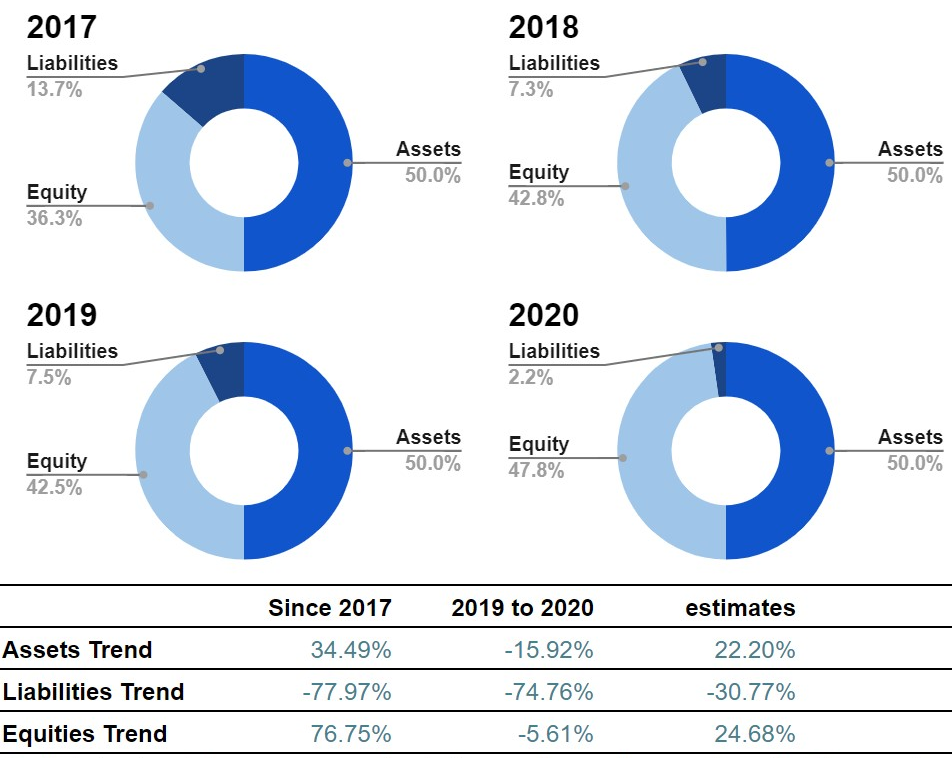 Euro Manganese closed its most recent private placement offering priced at $A 20 cents a share. Since EMN all-time-low in early September last year, the share price rocketed to its all-time-high by +1000% recently on January 13, 2021. In our opinion, EMN may be in overbought territory as the RSI14 is above the 80-level suggesting an imminent risk of pullback, back to its nearest support at A$ 51.5 cents. 51.5 cents level is a confluence zone which can attract buyers. Technically, EMN price action is bullish and many chart indicators are supporting our thesis to go long on EMN. EMN is supported by the recent 13-day and 30-day moving average crossover and strong support below at A$ 50 cents per share. 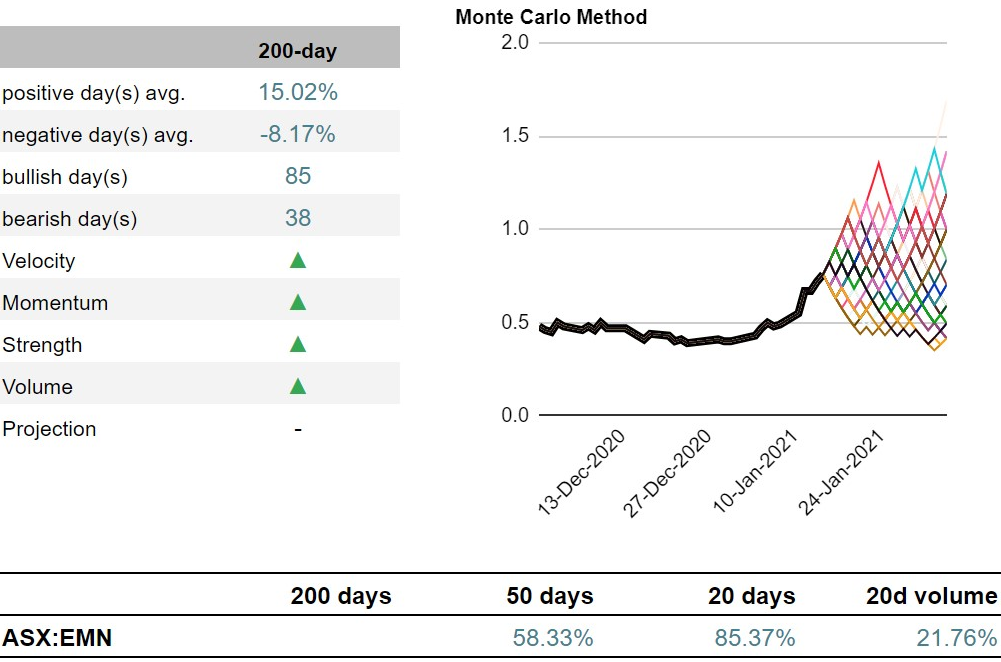 The previous lower-high is at A$ 0.44 per share and the nearest support is at A$ 0.50 which coincides with the 38.2 Fibonacci level and the upward trend line. As we believe EMN is currently overbought, we suggest looking for an opportunity to buy at A$ 62.5 cents or at A$ 50 cents at the confluence zone.

Volume surged since the last 200-day with the 20-day volume average rising by 21.76%. The price action proves to be bullish in the near-term, evolving in a range between A$ 50 cents and A$ 80 cents per share. With the volume advancing, prices may hit another high over this year. 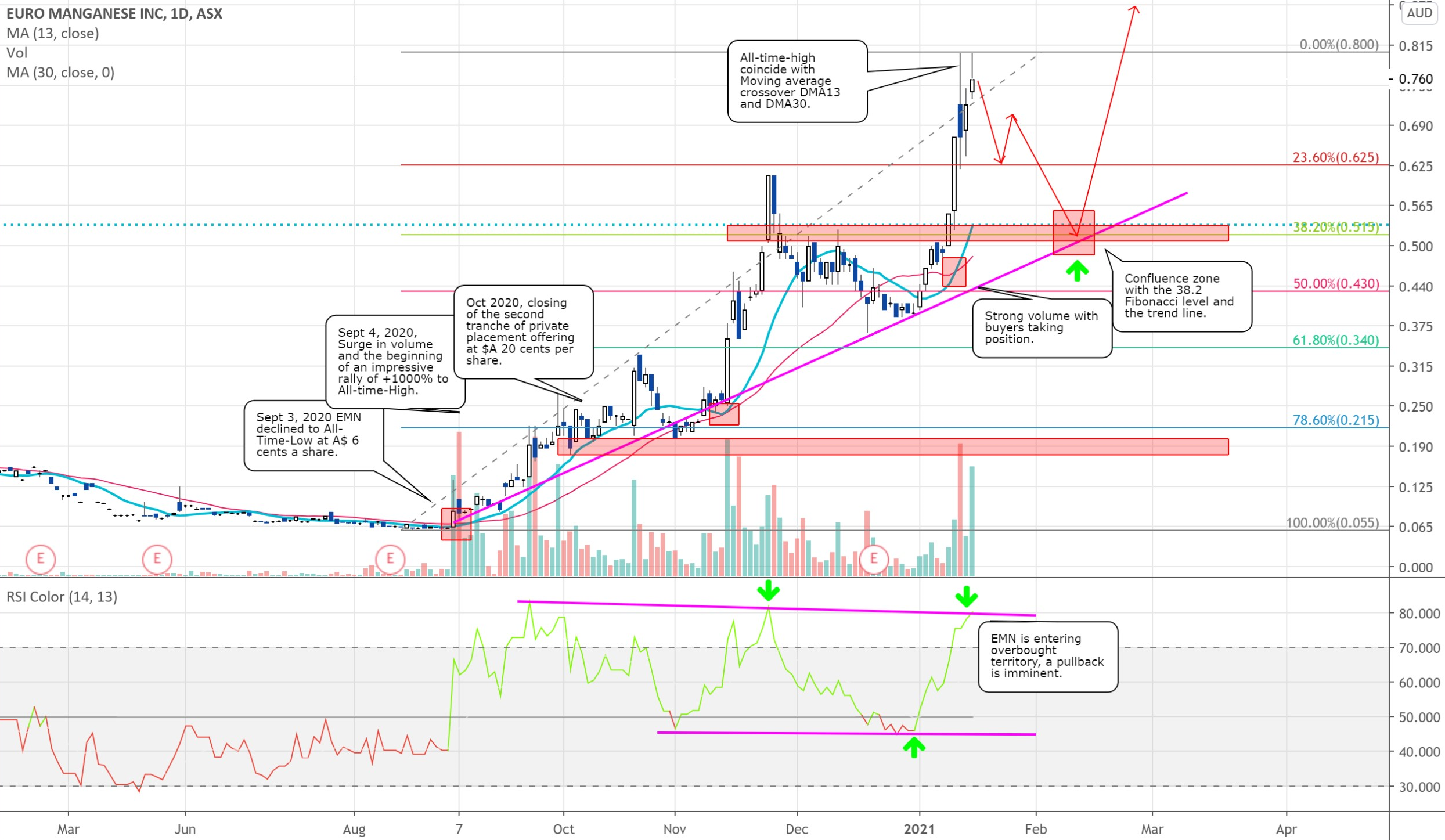 We are issuing a “Watch” recommendation for EMN. Euro Manganese is currently at an early-stage development and has not generated any revenue since its IPO in 2018. However, EMN exhibits strong potential to be a key player in Europe and become a major producer of high-purity manganese required in the production of battery for EV. EMN is technically in its overbought territory. We suggest a buy entry at A$ 62.5 cents with a target price at A$ 1.27, a prospective gain of +67%.