CBA will be the best performer among the big 4 Aussie banks and they have delivered a satisfactory earnings report. Dividends have returned as well, however, there are macro-economic headwinds posing a threat.

Commonwealth Bank of Australia (ASX: CBA) is a retail bank, business bank, and an institutional bank. About 97% of its earnings are generated across these 3 segments with all of them having varying degrees of efficiency. Matt Comyn, the CEO and managing director at CBA has done a brilliant job in simplifying the business model of Australia’s largest and historically best performing bank since the Royal Commission debacle back in 2018. Of course, the bank still makes a couple of headlines here and there, but we Aussies have learnt to see past that (for the good or the bad). Comyn has gone on to sell the business segments that not only tarnished the image of CBA, but also held it back with the entire segment now lagging. Yes, we are talking about the notorious wealth management business, life insurance business, financial planning segment and the asset management segment. He has led from the front and transformed the bank into a much more efficient entity and reduced risks associated with CBA – which has proved to be very effective especially since the Covid19 pandemic. Banks are often criticised for being receptive towards change. In this regard, Comyn has led CBA with a very positive mindset. He has gone on to decrease turnaround times for customer service and taken advantage of the rising digital adoption – creating a much more efficient operating model during a time of low interest rates.

Banks hand out loans to businesses and retail customers and the interest rates determine how much money the bank makes. The only way to beat low interest rates is by increasing volumes of loans that are issued, albeit with the risk of increasing bad debts especially during these times. The adoption of a digital process and the introduction of new products and services has increased the firm’s efficiency and seen CBA gain market share over the other banks. 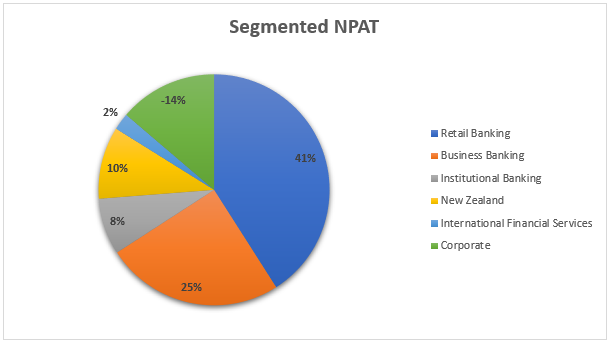 Addressing the elephant in the room, here is a quick snapshot of the results CBA announced just this morning. Throughout this report, we shall go into detail of the important metrics and the performance over time.

The share price chart below compares CBA against the ASX 200 benchmark index (orange line), the ASX Financial Services ETF (blue line), and the ASX Banks Only ETF (yellow line). CBA has outperformed the benchmark index, the financial services sector, and the banking industry. The margin of outperformance is thin; however, this will not change as CBA and all the firms that make up the industry and sector are mature firms that find long-term growth hard to come by. However, the outperformance shows that CBA has been the best among the big 4 banks.

We do not expect CBA to outperform the benchmark index over the long-term. In the short and medium term however, it will closely resemble the ASX 200 given that it is a cyclical stock, and the economy is in a recovery mode. Then why buy any of the banking stocks? It is purely a dividend play for most long-term retail investors. 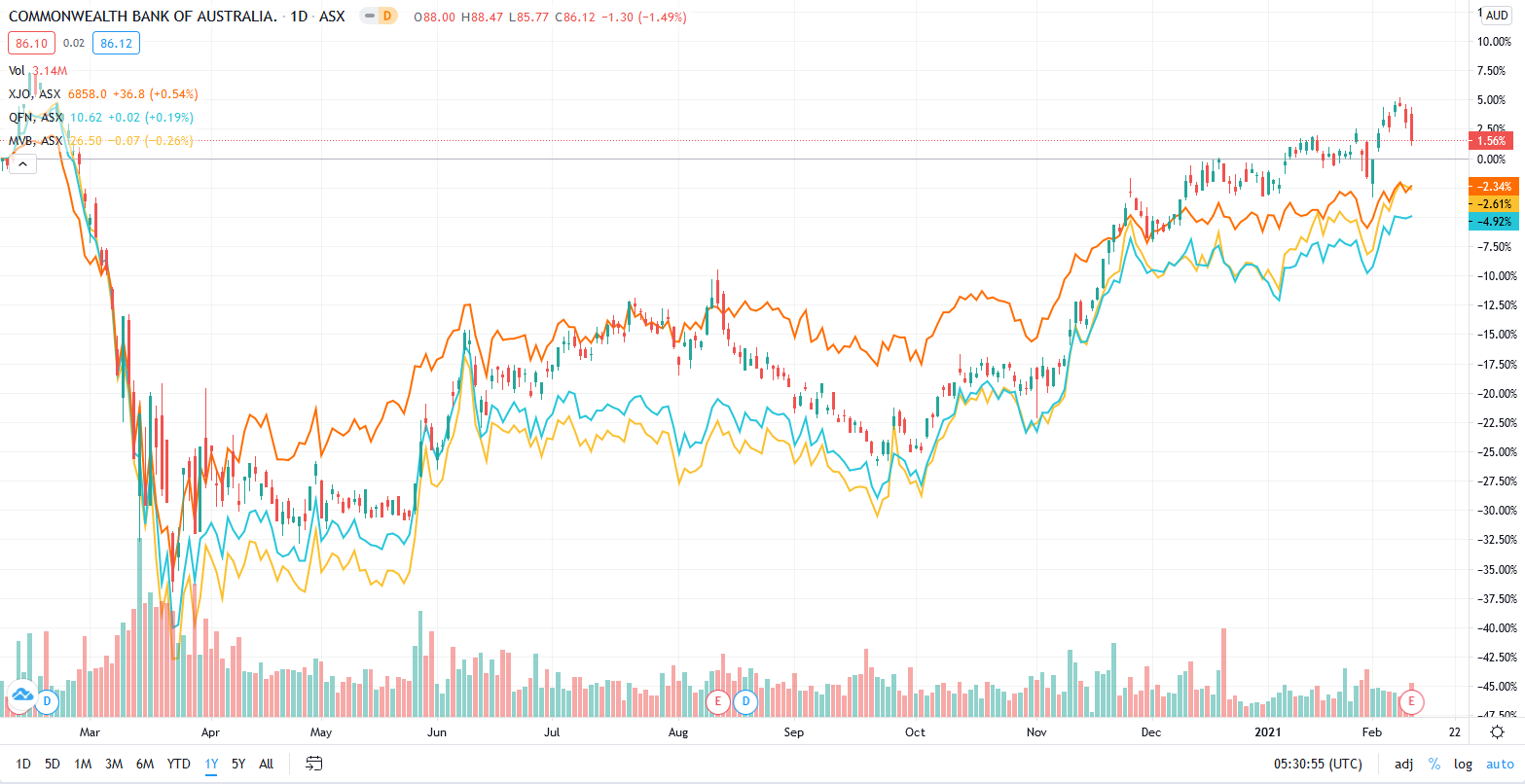 Low interest rate environment means that banks will have to charge less interest for the loans they hand out to businesses and consumers. This means less profit margins, and the only way banks can counter this is by increasing the volume of the loans they issue. CBA has excelled in this regard as we saw from the increase in volume numbers we posted earlier in this report. However, the overall profitability in the industry is expected to decline in the medium term.

One in two Aussies use CommBank for their banking needs. The low interest rate persistence for the next few years will mean a gradual decrease in cash deposits. The industry’s main activity is lending. CBA has benefitted by gaining market share from its competitors and increasing its lending volumes. However, there are a few roadblocks ahead:

These two points mean that any player in the Australian commercial banking industry has to become an efficient business in order to continue to grow its earnings in the long term. The size of CommBank and its customer base also makes it a microcosm of the entire economy. While the economy restarts and recovers, CBA and the other banks will be crucial, especially in a private sector and consumer spending led monetary policy. To sum it up, there are headwinds in the short-term and the long-term structural decline of the banks mean that this is a mature industry with limited growth. 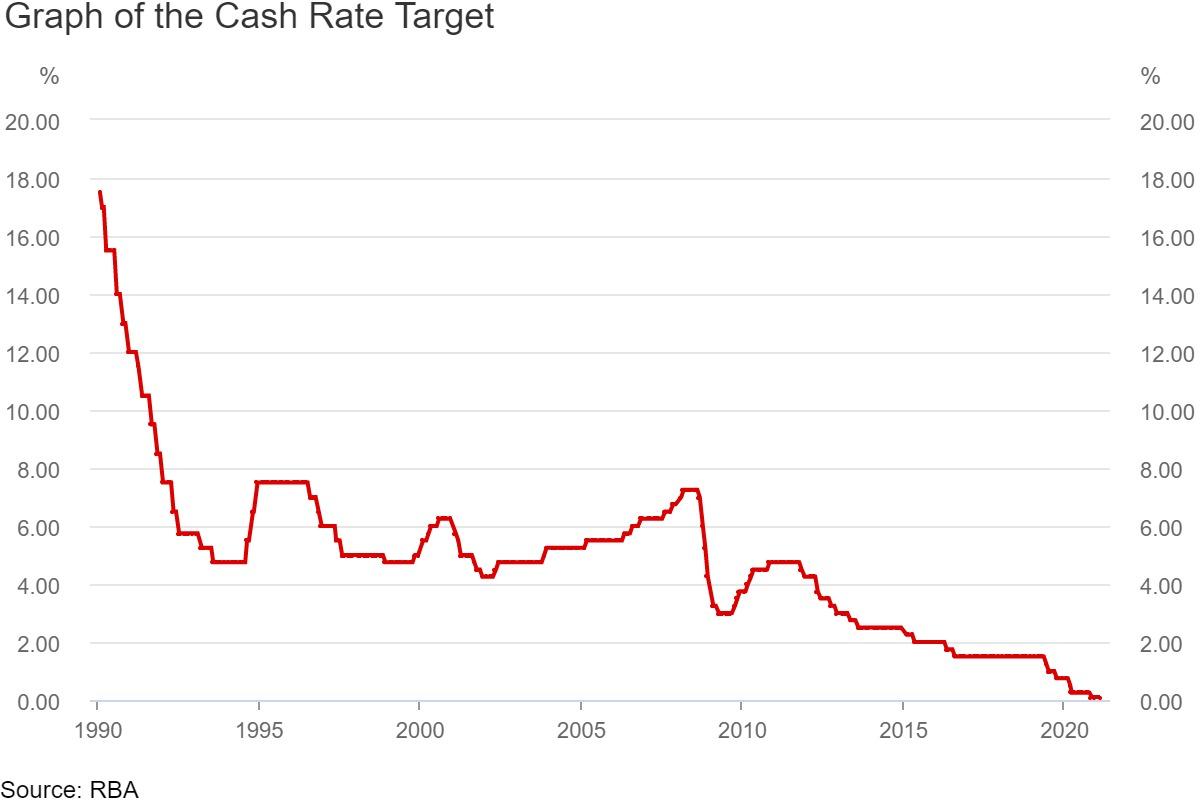 There has been an underperformance this half year compared to H1 FY2020, but this was expected given how rocky the operating environment had been. CBA has fared better than it did in the second half of FY2020 when it felt the brunt of the pandemic’s effects.

Since CBA relies on interest income to make money, we shall look at the below metrics to get an idea as to how efficient CBA has been and how effectively prepared the firm is at mitigating the risks that still pose this business:

The net interest income was flat. The firm felt the impact of the further lowering of interest rates; however, the losses were offset by the growth in volumes across the banking segment. Home lending and household deposit balances grew as the Federal government’s monetary policy of putting more money into the pockets of Australians seems to be working. By reducing taxes and introducing the JobKeeper program, the government is driving the economy back up from its slumber. This has benefitted CBA. The total operating income earned by CBA for the 6-month period was $11.96 billion.

Operating expenses have increased by 2.3% during the period. As we mentioned earlier, CBA has been digitizing its business operations and this requires heavy investments. Therefore, investment spend increased by 34% during the period. Financial assistance to covid19 impacted customers and increasing the work staff to handle the large volumes of business coming in has also increased the expenses. IT and staff costs have gone up. The operating expenses were $5.56 billion. 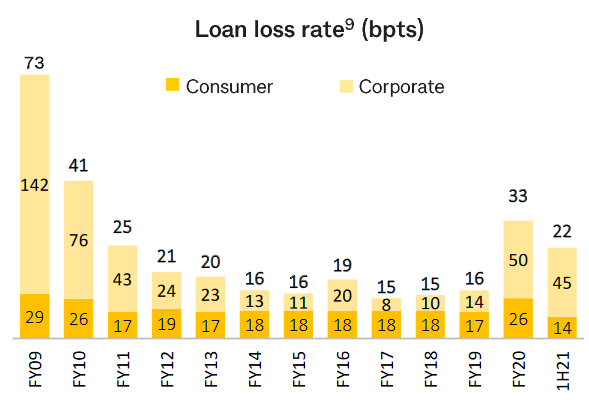 Other expenses that CBA recognises include loan impairment expense. Loan impairment is the provision that a bank accounts for in case their borrowers’ default on their loans. As the volumes of loans issued increase, the loan impairment provision should also increase. The depth of the adjustment is made by analysing who the borrowers are. CBA’s largest borrowers from the business segment include the aviation industry, entertainment industry, and tourism industry – the most impacted industries during the pandemic. The loan loss rate has decreased from the highs of the pandemic. 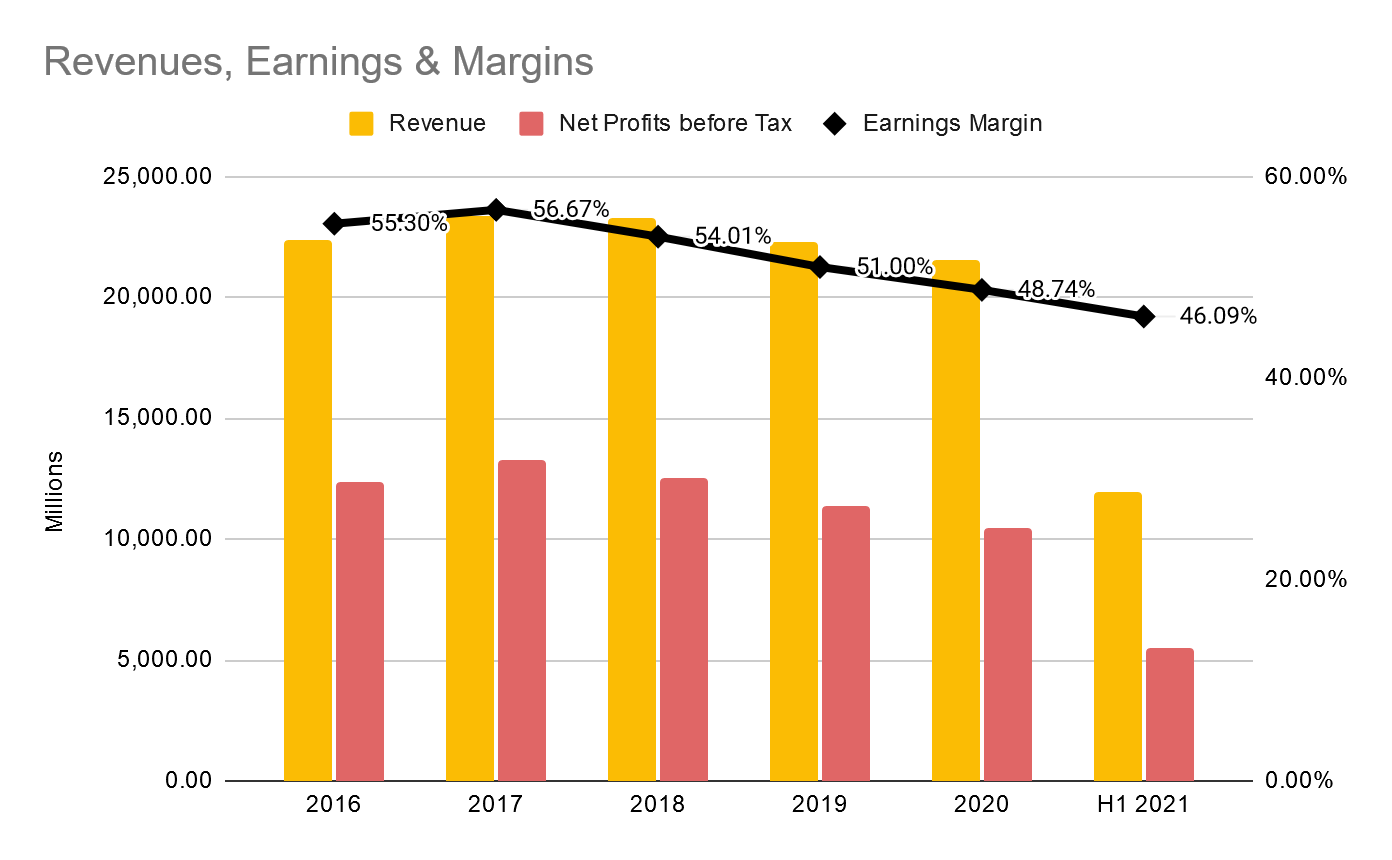 Looking at the balance sheet, the capital position is strong. CBA maintains a capital ratio of 12.6% – well over the APRA benchmark number of 10.5%. This is a ratio that is set by regulatory bodies that measures the capital of a bank against its assets. It is a precautionary measure that is designed to protect banks from financial distress by being able to withstand losses. The capital ratio increased by 1% from the second half of FY2020 as CBA generated organic profits from its business.

Dividends are back as APRA eased its restrictions on capital management. CBA has announced a fully franked interim dividend of $1.5 a share at a payout ratio of 67% of its earnings. The full year payout ratio CBA is looking to maintain is between 70% – 80% of NPAT. 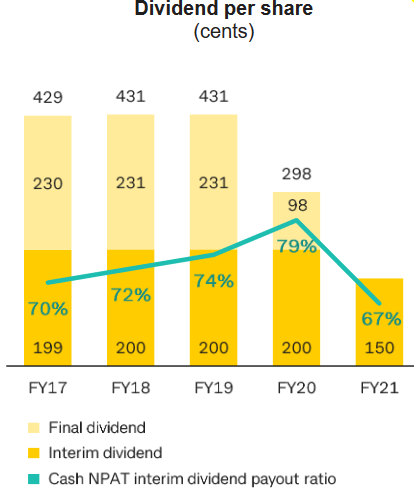 CBA has delivered an earnings report close to what markets were expecting. The company has been investing to become more digital in their services and operations – resulting in higher volumes of business. This high volume has offset some of the losses from the macro economic factors that are creating headwinds in the operating environment. Going forward there are still roadblocks ahead. The future of the JobKeeper program poses a huge threat for CBA as existing loans and future volumes may be impacted. Low interest rates and any further reduction would result in an amplified effect on the above point. In light on the dividends being back to healthy levels, we recommend investors with exposure to “Hold” their positions. We expect the stock to perform in line with the broader ASX-200 index going forward as there is not much room for growth.