The stock has returned over 60% in the past 6 months. With future growth prospects facing headwinds, we recommend members to lock in profits.

Catapult Group International Ltd (ASX: CAT) has had quite the rally since the market crash in March 2020. In the past 6 months, the stock has returned 63.4% – a return that has beat the premiere ASX-200 market index by 51%. The below chart compares the performance of CAT to the ASX-200 index, where the blue line represents CAT and the orange line represents the ASX-200. 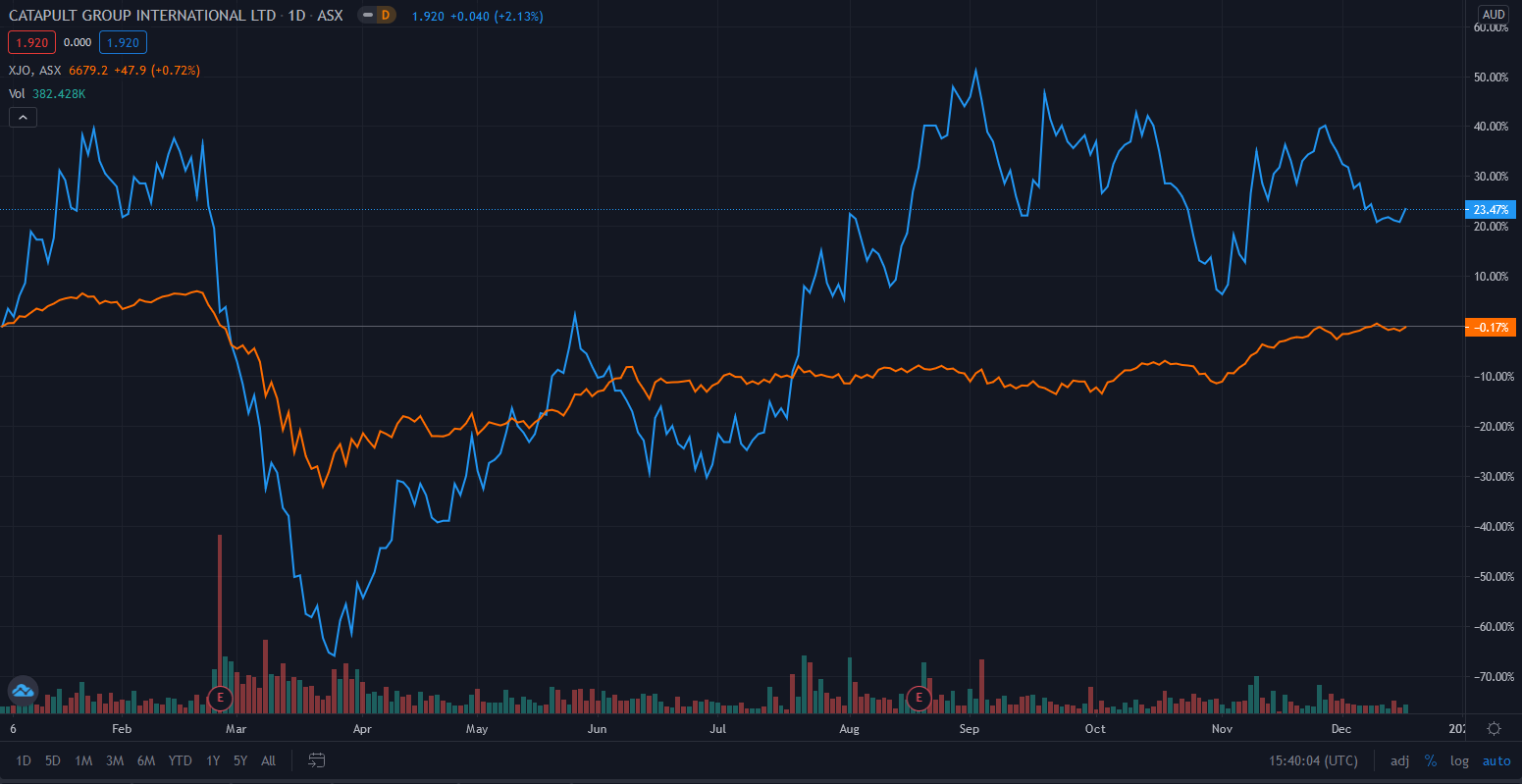 CAT has three price points in their wearable devices – catering to all levels of professional sports, across a wide array of sports, from soccer to basketball to cricket. The products are as below:

The enablement of this technology helps sport teams monitor performance levels of their athletes and dive into the world of sports analytics to draw inferences for structured decision making for matches and games. The success of their product is demonstrated by some of the biggest sporting institutions religiously using their products. CAT not only impacts individual player performances, it also successfully tracks and measures team performance and tactical awareness with the use of satellites for real-time accurate location data – thereby, giving clients the complete package.

It has been a good ride so far. Catapult has some of the largest sports institutions as their clients. There were 30 different championship winning teams in 2019/20 from different parts of the world and from different sports that use Catapult’s products. However, we are bearish on the growth story of Catapult. The “where to now” question looms large and further market penetration is proving to be quite a challenge.

The USA and Europe are the most important regions for the sports industry. Soccer, basketball, baseball, hockey, etc are all very big industries with a number of institutions. However, these institutions have been put under massive stress. Matchday ticket revenue is a huge source of recurring revenue for these sporting institutions. With much of Europe and the USA under lockdown and no crowd gathering allowed, the return of sports did not bring with it matchday revenue. There are other high margin sources of revenues that have also been disrupted throughout the industry such as:

It is safe to say that an average of 65% of a sporting institution’s revenues have been impacted due to the lockdowns and social distancing measures that have to be followed. Even with a vaccine, the return of full stadiums is a long way away and hence, these teams will be impacted for the next year or two. Thus, the current state of the industry that Catapult operates in is not all that strong.

With most of the major sporting teams already signed up with Catapult, the growth has to be driven by teams from the lower divisions and sporting segments that generally do not see massive amounts of revenues. These smaller teams are far more impacted than the larger ones because they rely much more heavily on commercial and matchday revenues. Football teams in England are on the verge of bankruptcy. The industry has a very grim outlook, and we expect it to remain the same for the next couple of years until sports institutions can financially recover.

Catapult’s revenues had a high growth rate until FY2019. FY2020’s revenues saw a growth rate of only 5%. This is again due to both the phenomenons that we illustrated in the above section. Market penetration looks to be a challenge since it already signed some of the biggest sporting institutions. 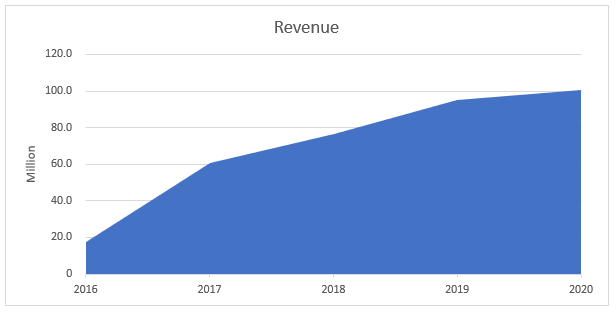 Catapult has introduced a subscription model that is based on annual revenues for their software as a service product operation. CAT claims their churn level is a mere 6.7% – indicating that only about 7% of their customers do not subscribe the following year. Which is to say that they retain 93% of their paying customers in the next year.

Contribution Margin is a metric that determines how profitable the product is, essentially measuring margins for every unit of the product sold. The company posted an increase in margin by around 21%. The margins over FY 2020 stood out at $48.6 million. These metrics that have been tracked and published by the firm are strong for a SaaS business and they will ensure sustainability in its revenues.

Catapult has had good performance so far. Revenues have grown by a CAGR of 16% over the past 4 years. But the growth story has seen somewhat of a hiccup recently. The headwinds posed by the industry has resulted in the firm looking elsewhere for their revenue growth. Catapult launched a new software solution to provide existing customers with more cloud-based solutions.

Just last month, Catapult announced the acquisition of Science for Sports – an online sports learning platform. These two announcements in recent times suggest that the firm is looking elsewhere for growth in the near future as organic growth is hard to come by.

We are extremely confident that Catapult’s revenues will see a growth from its high of FY2020 in the current fiscal year. However, our estimates suggest that the growth will be in the range of 5%-7% for next 2 years. Sustainable earnings do not warrant an increase in intrinsic value, high growth in cash flows does. With growth seeming hard to come-by, the risk-reward ratio does not measure up.

The firm is resilient, and their revenues are sustainable. Industry headwinds mean that organic growth will be hard to come by for Catapult in the short to medium-term. The stock is also exposed to high degrees of volatility and it comes in with a 5-year beta measure of 1.78. With the stock having returned over 60% in the past 6 months, we recommend members to “Sell” and lock in their profits.