A uranium producer that comes with high potential given its low cost production capabilities and long mine life. 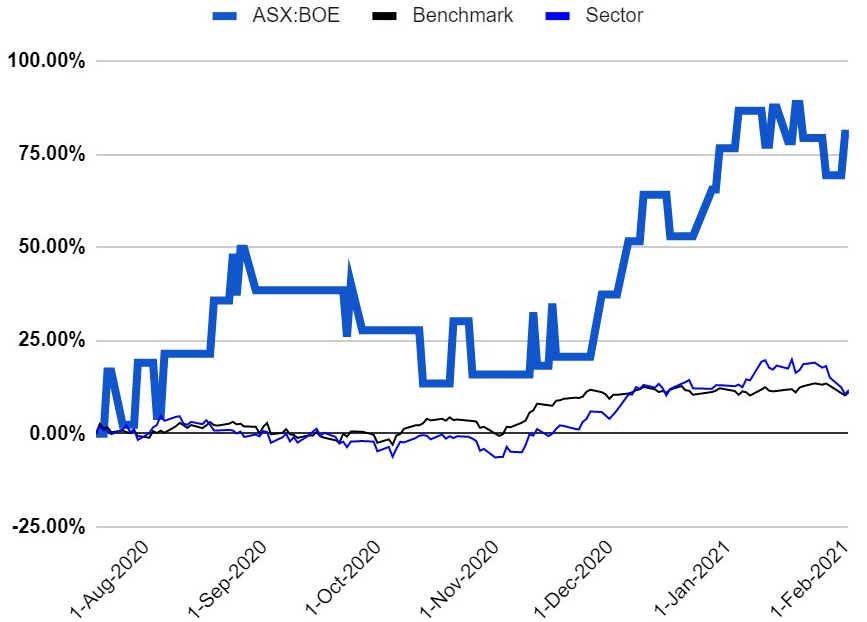 The Feasibility Study for the Honeymoon Uranium Project is very promising. Honeymoon is one of the most advanced uranium development projects in the world.

Boss Energy is currently taking a key step towards securing project finance with the company’s signed confidentiality agreements with many global lenders. The estimated capital expenditure funding requirement for the Honeymoon project is US$ 63.2M, which is one of the lowest funding needs of any pre-production uranium project worldwide. Moreover, BOE reported that the company has now secured uranium export permit which potential export is estimated to reach 3.3M pounds of uranium per annum. Considering the actual uranium price at US$ 30 per pound, revenue could reach US$ +99M ($A 129.8M) before costs and charges.

During Q4-2020, BOE announced that the company had received firm commitments of a A$ 15M share placement. The transaction has now been completed by introducing ~224 million new shares.

for A$ 6.7 cents per share with institutional and sophisticated investors. We believe this operation will be beneficial for BOE to support ongoing tenement exploration and to further assess and execute merger and acquisition (M&A) opportunities.

BOE is ready to capitalise on uranium global supply shortage

BOE has reported solid progress in the resume of uranium production with the Honeymoon project with considerable advances made on enhanced feasibility study projected for completion for Q2-2021. Furthermore, BOE hired experienced uranium executive Wyatt Buck as Non-executive Director. We are convinced that BOE is on the right track to get ready on time to meet the surge in uranium global demand.

COVID-19 supported the demand for the uranium market

The disruption caused by the COVID-19 pandemic had severely impacted the global uranium supply. Cigar Lake, the world’s largest single uranium mine, was placed into care and maintenance for six months. On the other hand, nuclear fuel demand remains strong. In FY2021, reactor construction continues in key markets such as China, India, and Russia. The crisis had not affected much the global nuclear power output, but nuclear power contributed disproportionally to meeting demand.

The global uranium sector is currently running a structural supply deficit of approximately 11%. The World Nuclear Association and Bannerman (2020) estimates that the supply deficit could double to 22% exacerbated by the COVID-19 disruption. The shortage in global production could maintain the supply pressure over the next 20 years.

BOE may be exposed to risks arising from the company use of financial instruments to support and develop its business operations. We have recognised the following risk that can significantly impact on the performance of the company:

In the last quarterly report, BOE reported a strong debt-free balance sheet. The company’s current ratio improved year-over-year from 2.43 to 4.71 which is a change by +93%. The current ratio defines the ability of BOE to fulfil its short-term obligations by comparing the firm current assets with its current liabilities.

The return on equity (ROE) measures the profitability of the company related to its equity. Since 2017, BOE’s ROE remains in the negative territory. However, we are anticipating a positive reading by 2026. 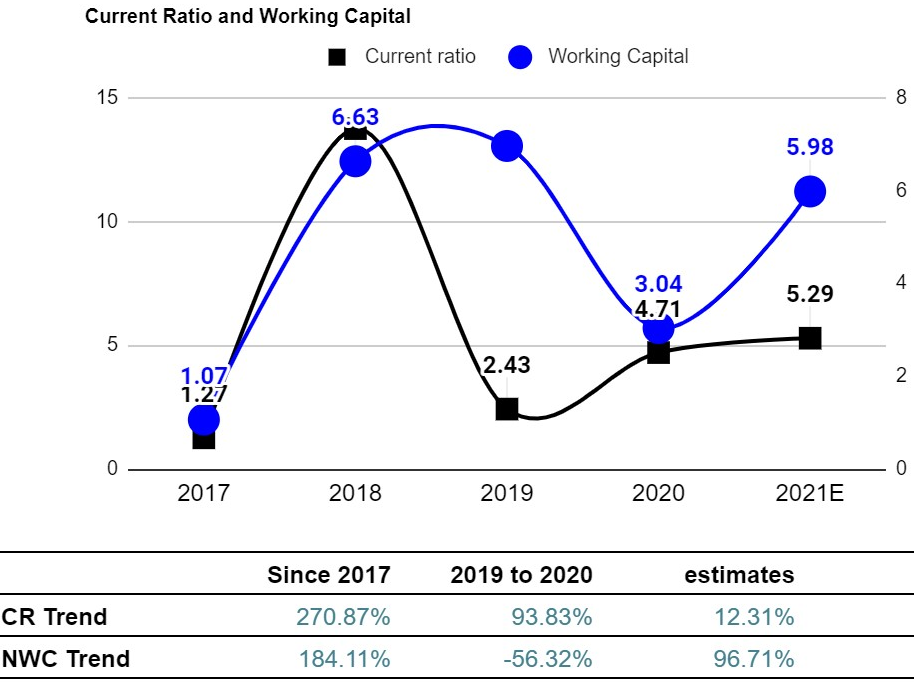 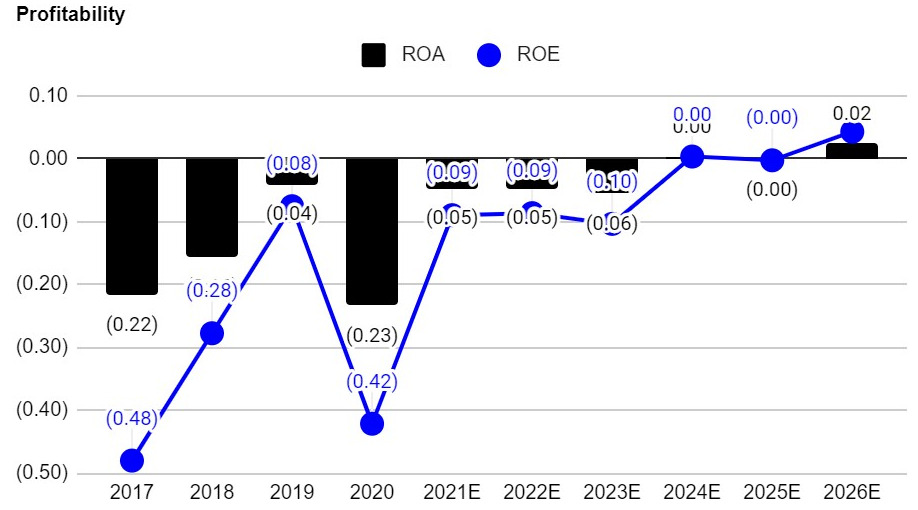 BOE price action has been capped below the long-term resistance level at A$ 8 cents per share. BOE had never crossed above the 8 cents level since 2013. In September 2020, BOE attempted to breakout that key resistance area in vain before tumbling back toward the A$ 6 cents psychological level. In October 2020, the company announced that it had received firm commitments of a A$ 15M share placement, introducing ~224 million new shares for A$ 6.7 cents per share with institutional and sophisticated investors. Since that announcement, the share price jumped back to A$ 11 cents and breaking the 8 cents multi-year key resistance level. 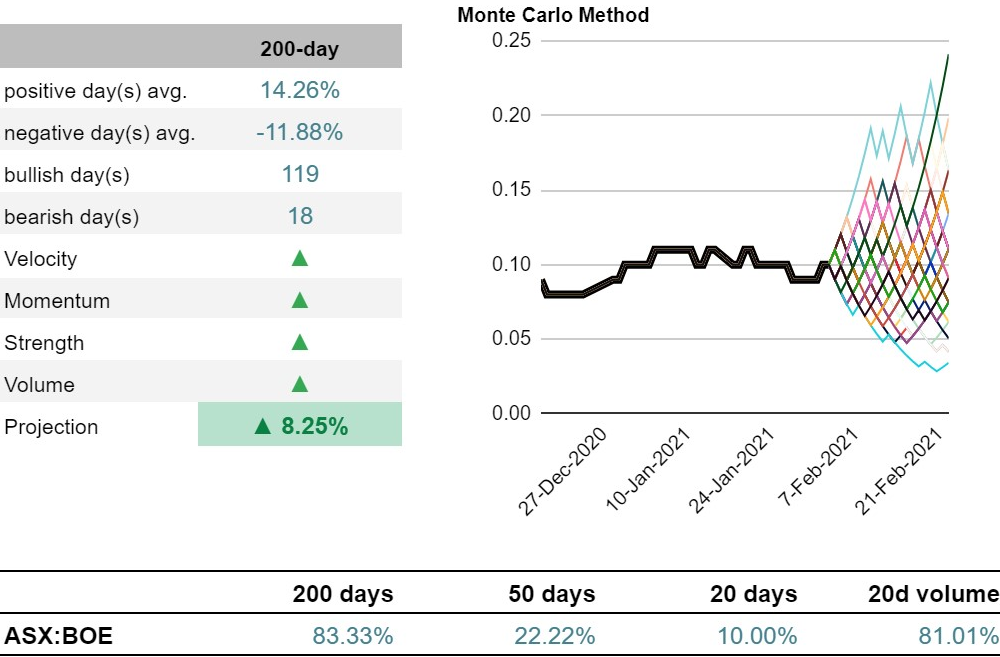 BOE is currently evolving between the A$ 8 cents and A$ 15 cents range. Looking at the RSI on the weekly timeframe, we believe BOE is poised to retest the 38.2% Fibonacci level at A$ 9.5 cents before heading north to revisit the $A 13 cents recent high. A clear break of the 13 cents high will trigger a rally toward our primary target at $A 15 cents per share.

Volume increases since the last 200-day with the 20-day volume average surge by +81%. The price action remains bullish in the near-term, evolving in a range between A$ 8 cents and 13 cents per share. 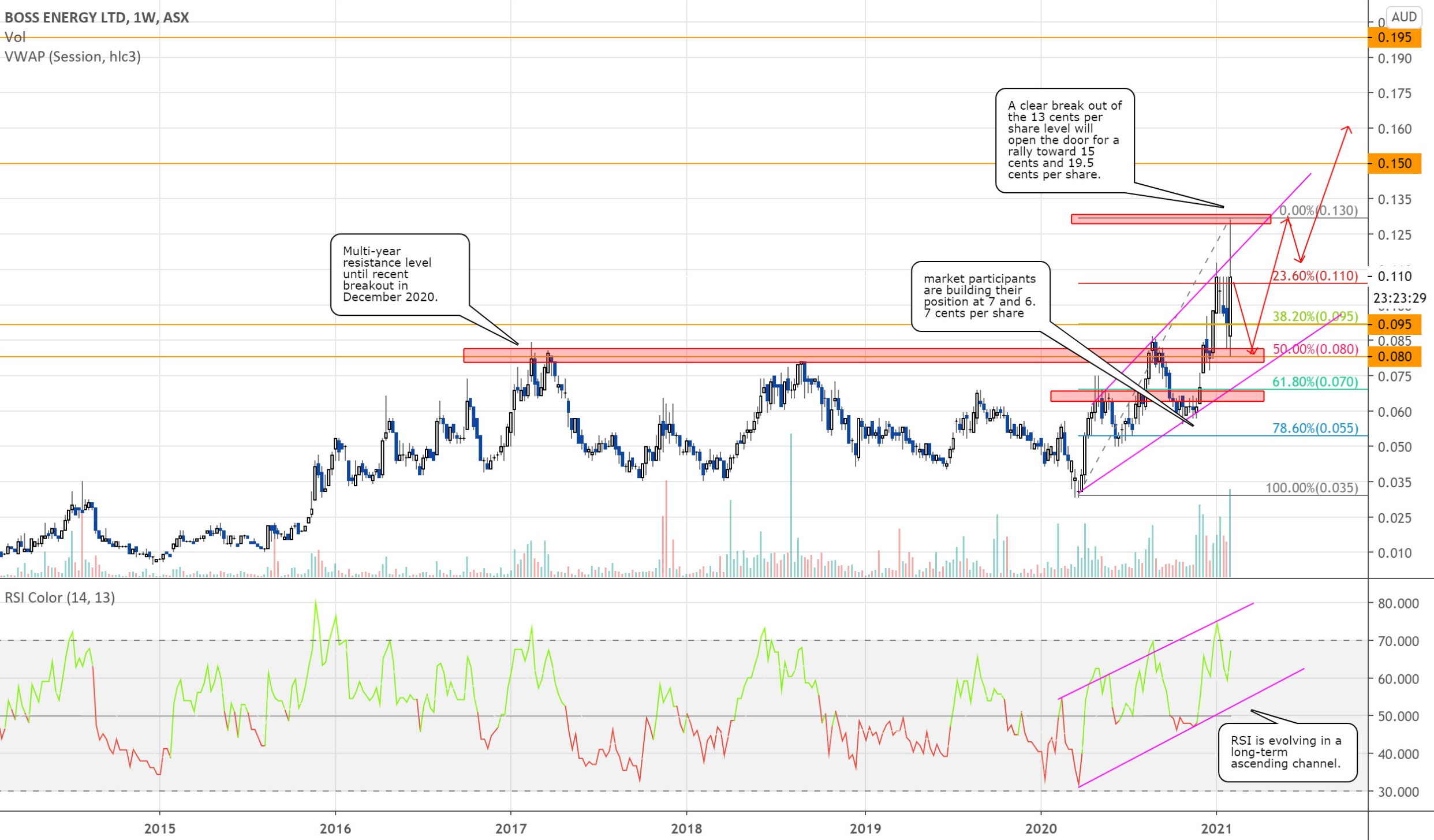 We are issuing a speculative buy recommendation on BOE with a target price at A$ 15 cents per share. With the uranium market expected to grow by +3.42% CAGR in the next 10 years, we have confidence in BOE fair value to be at A$ 277M which is based on the recent company’s revenue growth and the projected market expansion. We believe BOE will exhibit an attractive upside potential.