Its presence in the Australian resource market is quite impactful. They have different lithium and other mineral resource assets worldwide. Its Argentine resources include lithium carbonate and boron. Allkem produces hard-rock lithium in Australia and lithium hydroxide in Japan. It’s Japan’s largest lithium plant. Lithium hydroxide production is expected to increase as a result of this initiative.

Allkem is a lithium manufacturer with an industrial clientele. The firm claims to be the world’s largest lithium producer and offers the lowest prices. Olaroz, Cauchari Lithium Project, and Naraha lithium hydroxide factory are other Allkem assets.

Allkem has announced its lithium update, and the stock had started off the week by shedding some value due to the update.

Allkem Ltd (ASX: AKE) recently provided quarterly updates, and the numbers favour the investors. AKE stock is trading at $11.66, has lost around 2% in the intraday trading on Monday and has a market cap of around 7.44 Billion AUD. 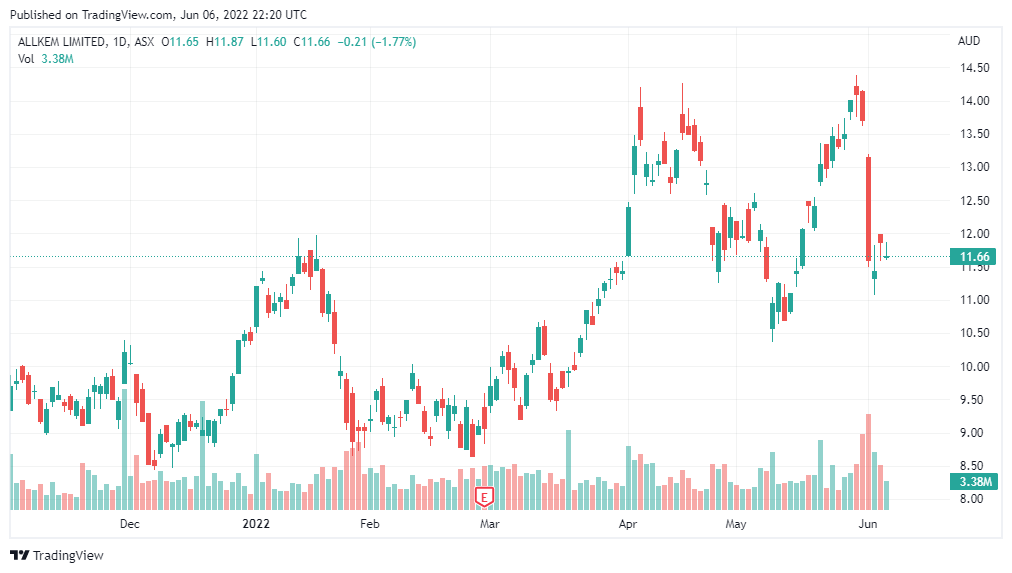 The reason for the AKE stock Decline

AKE stock lost around 2% on Monday. The main reason for the decline in the stock is a mixed update about its lithium production. Due to the new updates, investors are selling their AKE shares in the market. Investors are not happy with the Spodumene production.

The company said that Olaroz Lithium Facility’s lithium carbonate pricing increased due to good market circumstances. In the June quarter of FY22, the average price obtained for lithium carbonate is estimated to be about 14% higher than the earlier forecast at US$40,000/t FOB1 on sales of roughly 3,500 tonnes. An order book wholly committed for the year’s balance shows that customers respect supply security.

AKE fails to attract Investors due to Spodumene Production

Lithium carbonate shows good prospects, but things are not similar in the case of spodumene production.

AKE: What about Argentina Price Reference?

The company said that Argentina’s new prices for lithium are putting pressure on AKE stock. The Customs Agency of Argentina has established a lithium carbonate reference price of $53,000 per tonne.

Regulatory agencies scrutinise the export sales of lithium compounds and use this price as a benchmark to avoid under-invoicing and enhance pricing transparency. For the foreseeable future, Allkem does not think that this pricing will significantly influence exports of its products, realised prices, or profits.

The new updates have adversely affected the AKE share price. Investors were reluctant on Monday and had mixed reactions to the AKE stock. Investors were selling their stock as the new update will have a short-term effect on the stock until the fiscal year 22 results are revealed and the new guidance is provided.