Australian listed public business AGL Energy Ltd is engaged in producing and distributing electricity and natural gas for home and commercial usage. The firm was founded in 1837 and is headquartered in Sydney, Australia. AGL is Australia’s biggest energy producer and the country’s top emitter of carbon dioxide. In operation, the firm has a total generating capacity of 10,984 megawatts (MW).

Brookfield Asset Management Inc. and Grok Ventures have submitted an unsolicited, preliminary, non-binding indication of interest in acquiring 100 percent of the shares in AGL Energy for $7.50 per share through a deal, which AGL Energy has rejected.

Based on a change of control analysis, the AGL Energy Board believes that the uninvited proposal received on the morning of Saturday, February 19, 2022, grossly undervalues the firm and is not in the best interests of AGL Energy shareholders.

AGL rallied after rejecting an offer 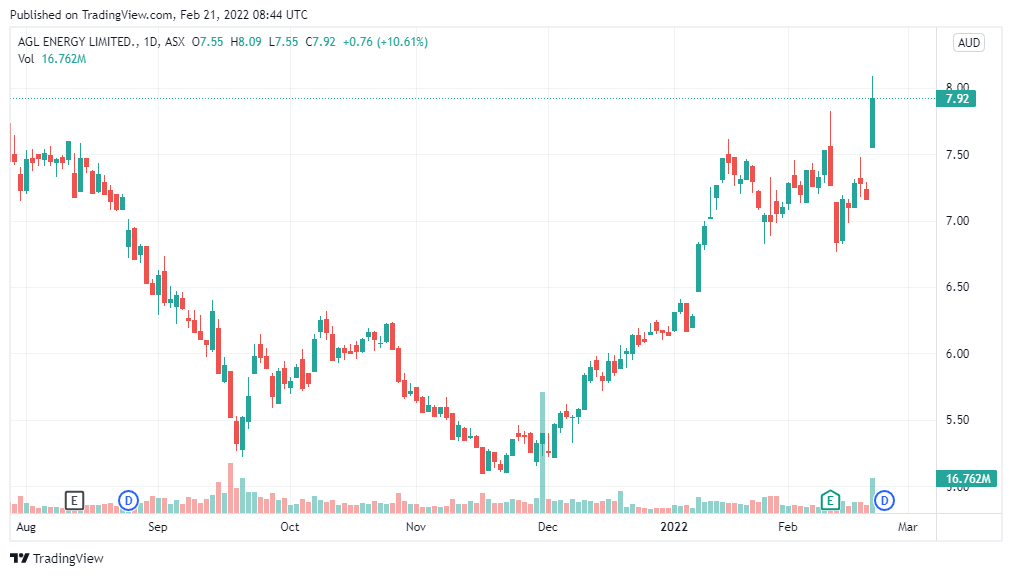 Reason for the stock surge

The company’s stock gained due to the offer rejected by the company. They said that the interested party had undervalued the stock of the company. The main points of the deal were:

According to Peter Botten, chairman of AGL Energy, appropriate compensation for a change of ownership is not offered by the plan. Under the Unsolicited Proposal, the Board thinks that AGL Energy shareholders would miss out on the chance to realize possible future value via AGL Energy’s proposed demerger as both proposed organizations take strong action on carbon reduction.

After announcing its intention to proceed with the planned demerger of AGL Energy into two distinct publicly traded companies (AGL Australia and Accel Energy), the Board of directors of AGL Energy has said that they remain dedicated to this goal. In its view, the proposed demerger would provide AGL Energy shareholders with more value than this proposed transaction.

AGL has rejected the offer due to several reasons. Additional conditions and assumptions apply to the Unrequested Proposal, including completing thorough research and the approval of the ACCC and Foreign Investment Review Board (FIRB). Also, the offer undervalued the company, due to which the company has declined the offer by Atlassian co-founder billionaire Mike Cannon-Brookes.